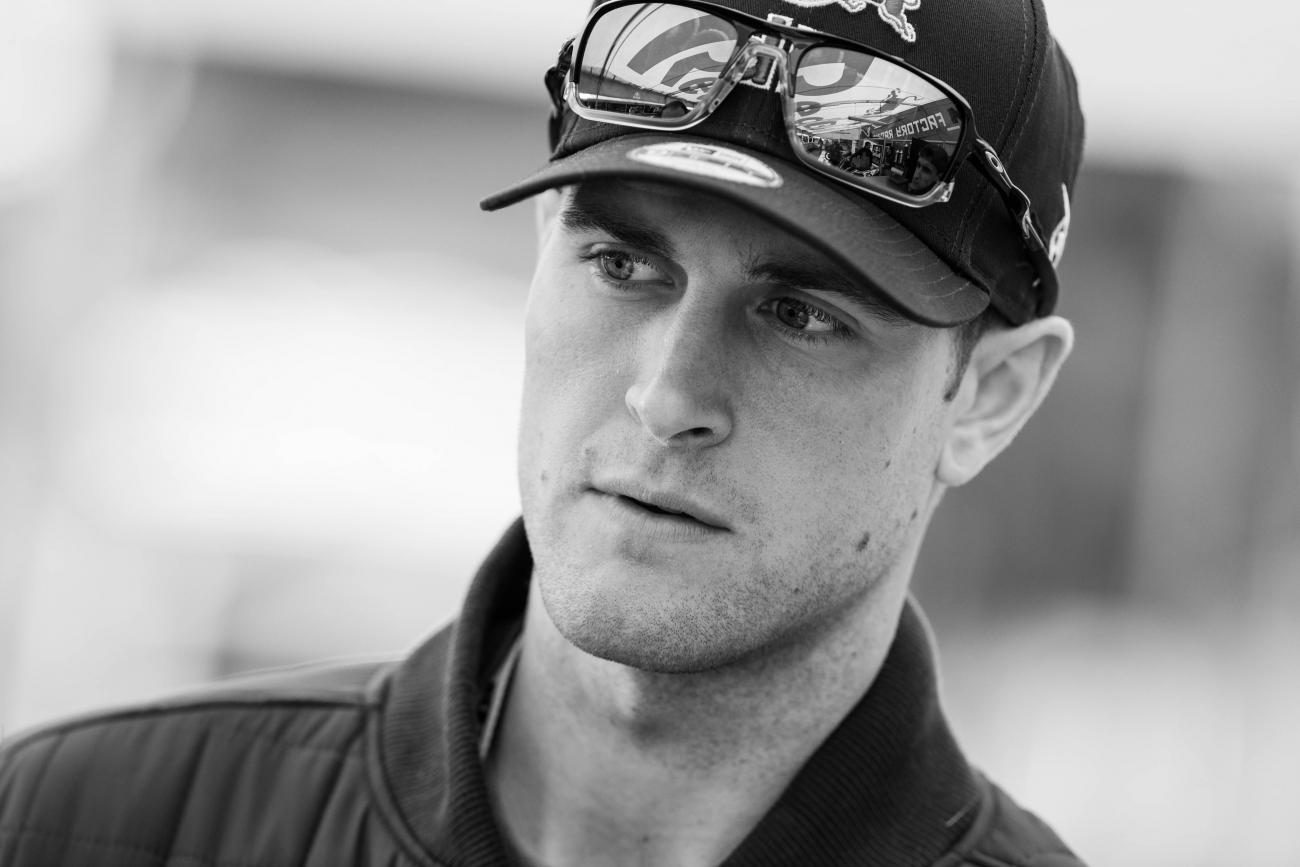 Red Bull KTM’s Ryan Dungey has won a ton of races and titles, and garnered plenty of respect. But this might be the first time he’s inspiring awe. He’s doing the big things right, and then mixing in a few little tricks to get away from his very formidable competition.

At Oakland, he outfoxed the competition on the start, and was aces through a tricky tabletop section, and all of that helped him to his third-straight win this season. We talked to him about it after the race, next to the podium.

Racer X: The race obviously looked kind of like it went according to plan. How’d you feel about things?
Ryan Dungey: I felt good. I think first and foremost just getting off to a good start. This track, there wasn’t really a lot that separated the guys. You could kind of tell that. You weren’t going to make a lot of time unless they made a mistake or you started making a tenth or two a lap. But I got up front and was able to ride my own lines and hit my marks and try to limit the mistakes. A couple swaps here and there but everything felt good. I think the heat race really helped us out, too. Getting the heat race win and having the fastest heat race we had the first gate pick. So that’s really I think critical going into the starting gate and being able to choose from whatever gate you want. So that was nice, and a good start. Bike felt good tonight. Just tried to limit the mistakes and open up a little bit of a gap if we could.

First win in Oakland?
Yeah, this is for me actually.

How significant is that for you just to cross this one off the list?
It’s good. I think there’s some places you haven’t won and others you have. I think the ones you haven’t you want to, just because there’s something about it. Something about being able to get a win. But regardless of everything, just being able to walk out of here with a win tonight was nice, and keep building. We did a little testing this week, a little fine-tuning. I think that little change really helped us out for today, so as a team we’ll just try to keep building. Also it was good to see my teammate Marvin [Musquin] get a podium finish in his rookie year. That’s huge.

What about that? You guys train together and ride together so much. Talk about what it’s like to have him finally kind of get up there after a few races here?
So at the Baker’s Factory working with Aldon Baker, we’re all on the same program. We ride together every week, even out here in California. We push each other. There’s a lot of respect between us because we know how much work we put in. When a guy does good we give him a lot of credit because it’s not easy, especially being a rookie in the 450 class. The competition is tall, and for Marvin to come off the championship last year in the 250s and come into this it’s a big step. He’s doing a great job making the transition. It’s taken a couple rounds but it’s cool to see things start to pay off. Here we are back at the practice during the week, pushing each other. He’s leading, I’m leading. I’m chasing him down and vice versa. It really brings that race intensity. I’m proud of him. He did a good job tonight, the whole team.

A twenty-two-point lead after four races. I know it’s early, but how important is that just to put some distance between yourself and the pack?
Like you said, it is early. But for sure, we work hard to be in this position. To be able to keep building is the goal from here on out. One race at a time. We didn’t get here tonight by thinking about the whole season; we got here by taking it one race at a time. So just stick to the plan and executing that and focusing on ourselves and what I can control, not worrying about the rest.

You sort of earned this name of Diesel because you’re so consistent, but it’s almost an insult a little bit because it’s implying that you’re like a slow builder, but now you’re kicking butt right off the early laps on speed. How much pride do you feel that you can actually be there early in a series, early in a race, and be clearly faster like this?
The nickname Diesel….I don’t really care. But I think we all know my weakness was the beginning of the race. Those are the things I tried to work on. You work on your weaknesses and those habits, those areas you can be better, but all that starts in the beginning of the off-season, as far as preparation for the new season. So I’ve realized a lot. I’ve learned a lot working with Aldon and being able to practice like I race and race like I practice. It’s very important. There’s a lot of things I’m unaware of and I don’t know or have the knowledge. I understand, but I put that trust in Aldon and the riding and the training and so forth.

It didn’t look like you had a great start, actually, out of the gate. Then you went inside and passed like ten guys.
That’s the thing, the start was really tricky tonight. I didn’t have the greatest [jump]. I was right there and then I backed off and it looked like everybody came around. Same in the heat race, it worked out good. I was able to hug the inside and come over that hump and have the lead. So that worked out.

Out of the gate you didn’t have your elbows ahead of the other guys. You were battling.
Maybe the outside had a little bit on us but the inside, we were pretty even. I held on a little longer, was able to grab the brakes and make it stick on that inside and roll around. Tricky start tonight. You kind of had to turn, go out, turn and then come back in. That inside, I think it was very beneficial to have that first gate pick to kind of set yourself up in the best case scenario.

There was a set of two tabletops towards the finish line, and it was very critical to go on-on with those, and not jump too far, not go all the way over them. I saw you even nail the on-on during the parade lap. Were you working on that? Was it important to make sure you got that section right? A lot of guys were going over them.
We timed it in practice and it was a little bit faster. I like to used the parade lap to warm up a little bit. I’m not setting a blazing trail but warm the tires up, warm myself up and so forth. But as the race went on, actually the beginning of the race I was jumping off [those tables] and kind of cutting myself off in the corner. Once I was able to just get a little bit of a lead I started kind of jumping off the last table and opening the turn up. That really helped me out in that corner. Just trying to do whatever in the parade lap, just hit a few lines, check it out.

You mentioned working on those weaknesses and those early laps, but it’s not like you weren’t trying sprint laps at home before you were working with Aldon, right?
Yeah, you can do the sprint laps, but it’s really that intensity. And when you’re riding with other riders like this during the week, hey, you don’t want to be the guy with the slower lap time. So it was really about learning that intensity, not just doing sprints by yourself.