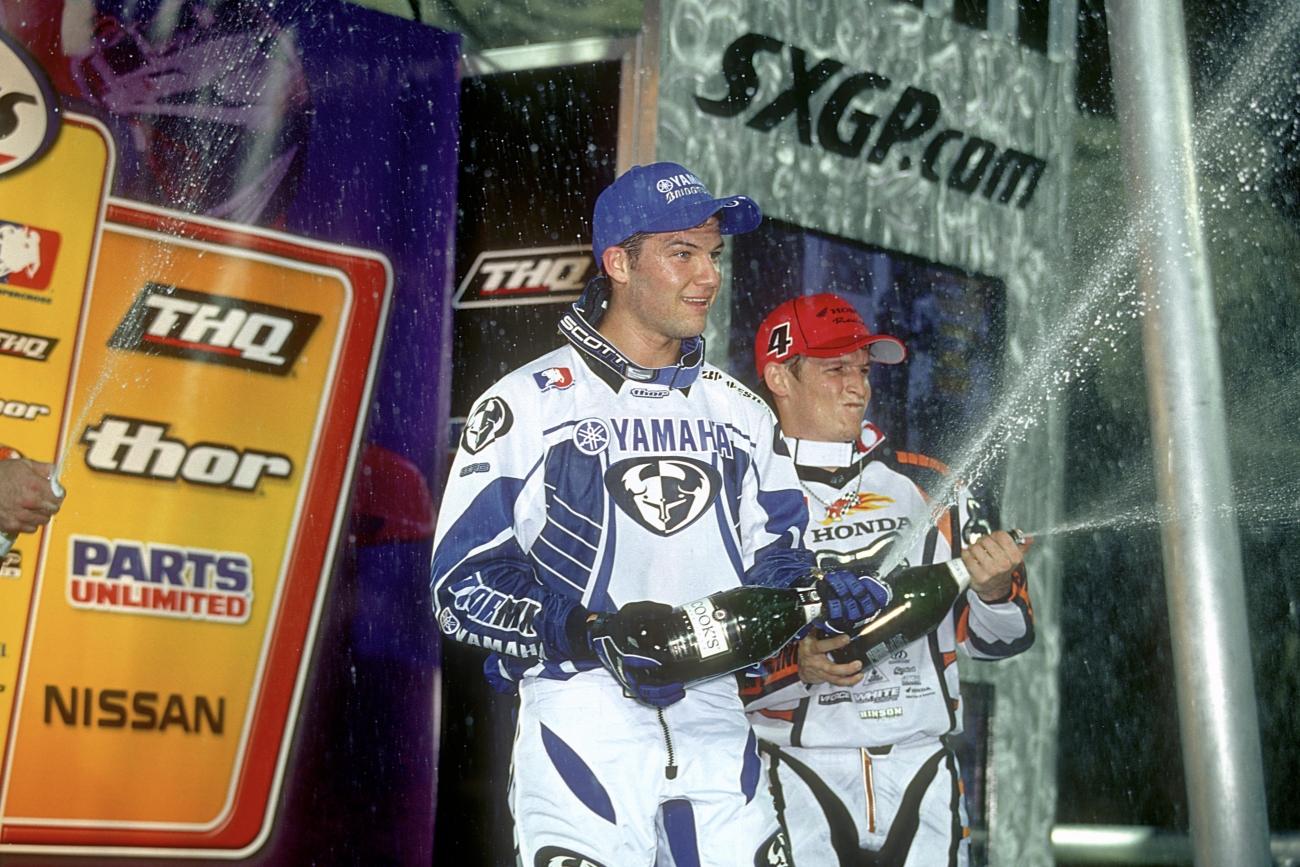 Ryan Dungey has always been consistent, but lately his consistency, like his everything else, has gone to another level. Dungey is in the middle of a nineteen-race podium streak in Monster Energy Supercross, dating back to a third-place finish at Round 2 in Phoenix last year (he was fourth in the race before that). How does that stack up? Does Dunge have a shot at the all-time mark? We dug into the Racer X Vault to find out!

First, a few notables: Ricky Johnson had a thirteen-race streak from Tampa on April 25, 1987 though the New Jersey Supercross in East Rutherford on May 14, 1988. He finished fifth at the next race at the Los Angeles Coliseum.

Jeff Ward and Bob Hannah’s longest streaks were nine races, and Jeff Stanton had seven-straight in 1991.

James Stewart had a twelve-race podium streak from Orlando on March 18, 2006 through Houston on February 10, 2007. He finished fifth at the next race in San Diego.

Ryan Villopoto’s longest streak stretched to eleven, from Dallas through Las Vegas in 2013, ending with a fourth at Anaheim 1 in 2014.

You probably know exactly what this streak looked like—it was part of the near-perfect season. In 1996, MC won the first thirteen races before finishing second to Jeff Emig in St. Louis. McGrath fired back to win the series finale, giving him fifteen podiums in 15 rounds. The streak ended at Round 1 in 1997 when piloting his new Suzuki, McGrath tangled with his old Honda teammate Steve Lamson and finished seventeenth.

Were you expecting the all-time winningest supercross rider to maybe have a longer streak than this? Well, here comes the strange part: personally, McGrath did end 1995 by finishing on the podium at the last four races he competed in, but at the end of that season, he and nearly all of the top riders decided to boycott the Las Vegas finale when the stadium lights went out and lesser, temporary lighting had to be brought in. MC didn’t line up, so that has to be considered a missed podium.

But if McGrath fans want to discard that weird scenario, they can claim nineteen straight. We won’t fight you.

RC tied McGrath’s all-time win streak in 2001 when he won thirteen-straight to end the season. He made the podium at the first three rounds, too, giving him sixteen in total. At the end of 2000 he finished the Las Vegas finale in fifth ending the streak.

At the beginning of 2002 he crashed out spectacularly on his new Honda and didn’t finish the main event. Once RC got back going in ’02, he made the podium in fourteen-straight races.

Yup, we’re in the midst of a big one right now, and it would at least appear there’s no end in sight. But how far does Dungey need to go to get the all-time streak?

RC missed all of the 2004 SX season with a knee injury, and returned to recapture the 250SX Championship in 2005, grabbing a podium at every round. That was sixteen-straight; then he made the box at the first six rounds of 2006, giving him twenty-two. At Round 7 in St. Louis, RC’s shock broke, and he failed to finish.

Hey, for fun, if Carmichael fans want to also use the “McGrath chose not to line up in Vegas 1995 so that doesn’t count as a missed podium” logic, well, we have some great news. If you strike RC’s missed 2004 season and just go back to the races he actually entered, he made the podium a ridiculous thirty-six-straight times when you combine fourteen-straight to end ’03 with his twenty-two-straight from 2005 to 2006.

But you have to be in it to win it, right?

There it is. The all-time SX podium master also delivered the all-time longest streak. Reed finished second at the Atlanta Supercross on February 22, 2003, and ran on the podium all the way through the end of 2004. His streak ended at a muddy Anaheim 1 on January 8, 2005, when his front brake locked in the slop and he finished sixteenth. The week before Atlanta in 2003, he finished sixth in Minneapolis.

So, Dungey’s been great lately but Reed has set a pretty high bar to match. To break the record, Ryan will have to make the box all the way through Toronto on March 12. Just imagine if he and Reed get into a battle for third at some point along the way!