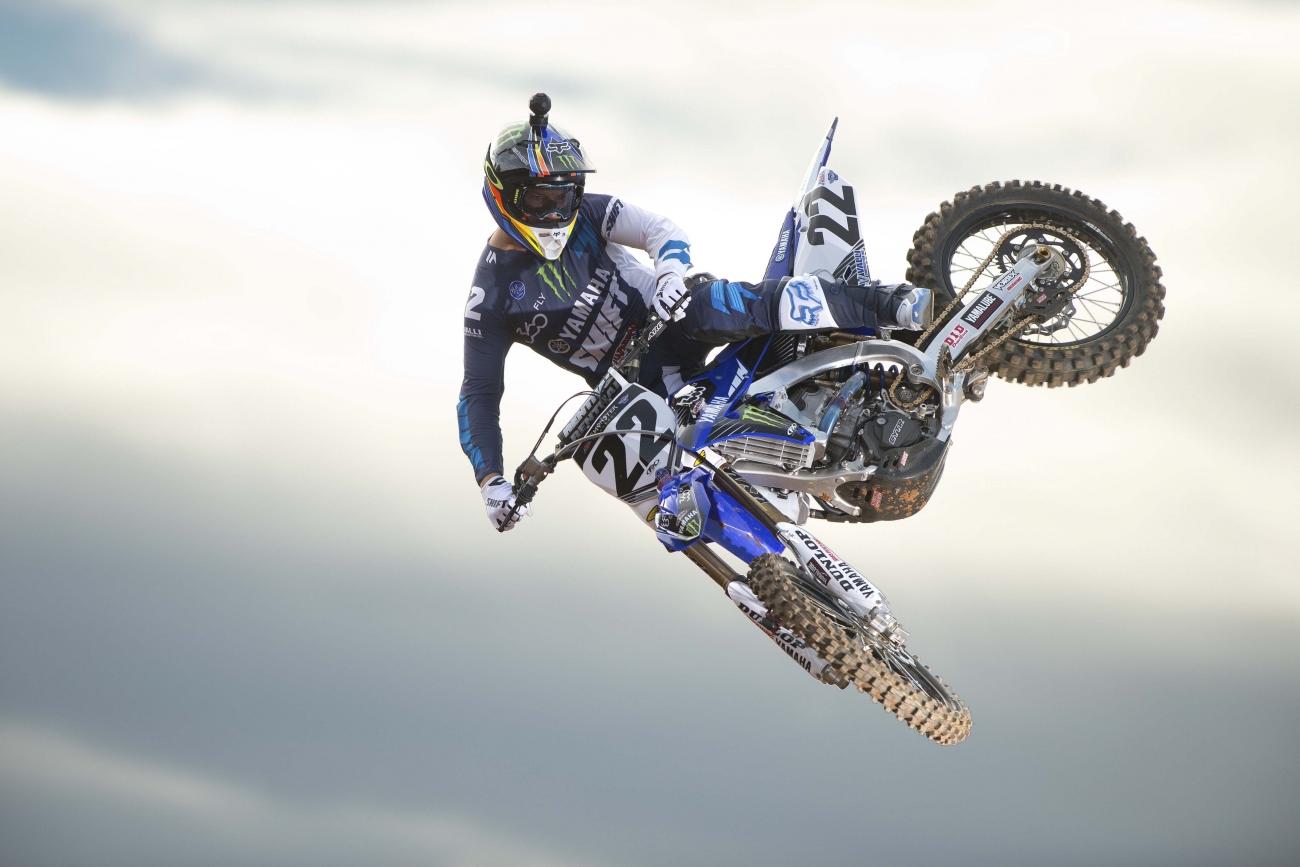 Welcome back to Staging Area! Last year was the debut season for this lil column of mine. Luckily, no one complained loudly enough from my Bold Predictions to get me fired or at minimum, this column fire-bombed into the depths of hell. I owe some credit to Steve Matthes’ Observations column for always pushing the envelope, in turn making my own boundary pushing look mild. Without further ado, let’s get into 2016.

Anaheim is the ultimate pressure cooker. Every rider in the sport is a nervous wreck this week. Months and months of work have led into one night of anticipation and honestly, too much importance. Anaheim is only one round, people! Sure, the sport has been counting down to January 9 ever since the checkered flag flew at the Monster Energy Cup and sponsors are all hoping to get a payoff at Round 1. In reality, though, it is just another race night on the calendar. Fast forward to say, Detroit, and everyone will realize how silly that pressure was. For now, however, that pressure is very real and flowing through the veins of every supercross contender.

The track this year is an interesting one and I can’t always say that. I have been less than impressed with previous Anaheim 1 designs but this one has some unique attributes. The split start is always a conversation piece and evokes strategic planning. I feel that it places higher importance on the qualifying positions as everyone will be jockeying to be as close to the middle as possible. Hopefully that gives us some great battles in qualifying but being A1, I bet we would see that under any circumstances.

If you like rhythm sections, you will be a happy camper on Saturday. There are multiple opportunities to triple or even quad if you’re feeling froggy. Watching riders pull the trigger on the big rhythm options is always a highlight of timed qualifying. James Stewart is the king of this and if he is 100 percent expected him to try and gain an edge somehow in these sections. Watch for Stewy to bust out a triple-quad somewhere along the way on Saturday.

If you asked anyone what the most tiring section on a track is, they would all say the whoops. Most riders end up holding their breath through them and that leads to spiking heart rates and a search for oxygen. Anaheim 1 will feature back-to-back whoop sections in an effort to up the ante. Not only will it add a degree of difficulty, it will also provide a great chance for passing. A faster rider will be able to make up lots of time in one whoop section but back-to-back whoops open the door to make that pass. Watch for riders to set up their prey in the first set and go for the kill through the second. Carrying momentum through the second set and allowing for a scrub over the following triple will also separate the men from the boys.

The only section I am not a huge fan of would be the sand. Having a long, turning sand section basically eliminates any chance for passing. The lead rider just needs to hold the inside and he basically controls the track. This section could use a little tweaking if I had my druthers. Adding big man-made sand whoops to the inside line is a quick and easy way to speed up the outside and slow down the inside. Just a thought…

No one should overlook the Anaheim dirt, either. It is notoriously slick at night when the ocean’s moisture comes calling. The transformation really is incredible from how the dirt responds from daytime to nighttime. Any rider who has raced Anaheim can attest to the sketchiness they have felt at one time or another. Luckily, this is only Anaheim 1 and the dirt has only been in place for a week. It hasn’t had time to bake into hardened adobe or mashed into concrete by dozens of monster trucks just yet. Of course, none of that dirt talk will matter if weather forecasts are right…

Being an El Nino year, anything goes. If you need a reminder of this, go back and watch Anaheim 1 from 2005. I was out there and it was a disaster. It rained and rained and rained to the point that they cancelled off qualifying and sent some riders home without even doing a lap. It was that bad. Hopefully 2016 doesn’t have anything like that in store but there is certainly rain in the forecast. As we roll on towards Saturday, there will be more than a few people with their fingers crossed for dry weather.

Ryan Dungey, duh. The Dunge is coming off of a championship sweep in 2015 and is showing no signs of slowing down. He will be entering with plenty of momentum and confidence, building on the same training program and motorcycle that he utilized last year. He simply doesn’t have many holes in his game these days.

Ken Roczen is coming off a Monster Energy Cup win and a good showing at Red Bull Straight Rhythm. He seems to be at peace with his team and bike settings, a far cry from where we saw him earlier this summer. He was a runaway winner at last year’s opener so don’t be shocked to see the 94 scamper out to an early lead yet again.

Cooper Webb had quite an off-season. He raced all over the world, racking up wins and mucho dinero along the way. He is coming into this campaign with the 1W on his Yamaha and looks to be the favorite to defend it.

Check back with me next week, ok?

Chad Reed’s off-season had more questions than answers for those with inquiring minds. Most resigned to the fact that he would be on a Yamaha but where that Yamaha will be parked was anyone’s guess. He hasn’t had the stability that most riders would hope for but he has been putting in the laps and should be ready to roll come Saturday.

Eli Tomac had not one but two shoulder surgeries this summer, leaving him with less than a picture perfect leading into this year. He also made the big team switch over to Monster Energy Kawasaki for 2016 and beyond. How he transitions to the new bike and team will be interesting to watch unfold. I have no doubt he will be fast but how quickly he can reach 100 percent could be critical for the championship scenario.

- Will Dean Wilson sink or swim?

- Is Jessy Nelson ready to take the next step?

- Has Roczen sorted out his bike once and for all?

- Who will be the top dog at Honda with Seely’s improvement?

In surprising news, Chad Reed announces he has signed with Team Hurricane alongside “Bad” Billy Robinson. Rumor has it that talks have broken down to re-sign Johnny Rivera and his dumbbells. (Edit: Ok, ok he announced his Yamaha deal)

James Stewart comes out to “Baby Got Back” in opening ceremonies, having fun with his off-season bulking.

In a battle to see who will retain the services of Cooper Webb in 2017, factory Yamaha’s Jim Perry and JGR boss Coy Gibbs sumo wrestle in the Toyota fat suits during opening ceremonies.

Jimmy Albertson breaks the record for most Instagram posts on a single race day.