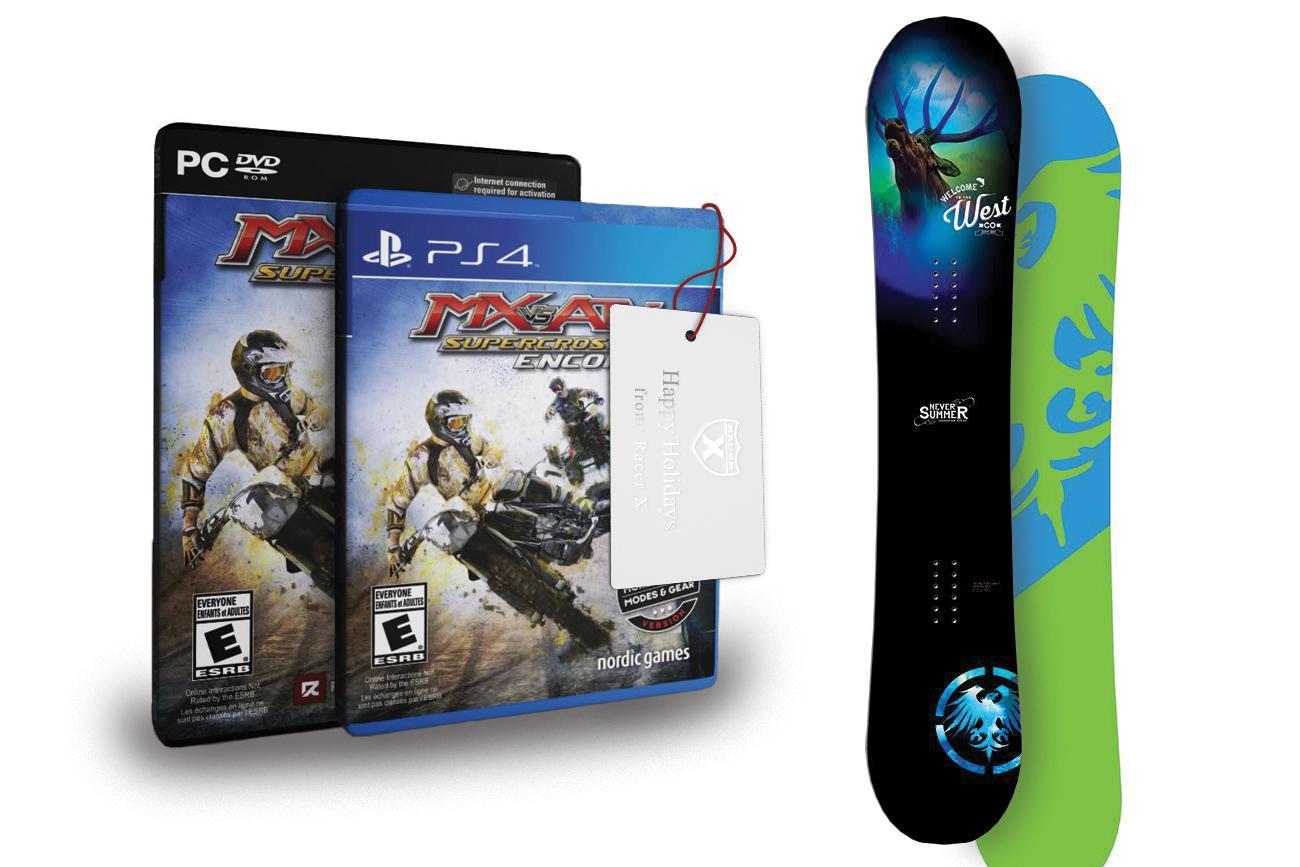 While much of the Northeast is experiencing record highs during the months of November and December, it will inevitably get cold at some point. Cold weather is typically followed by months and months of snow for most of us around the country. During this dark period, about the only thing you can do outside is hit the mountain. And why not trust a company that’s also into dirt bikes for all your winter needs?

While Never Summer Industries is one of the biggest companies in snow, it’s also a tight knit group of people that just love to hang out and hit the mountain or ride dirt bikes—just like you or I. They are also heavily invested in the moto: whether it’s by sponsoring riders like Vicki Golden, Alex Martin and Chase Sexton, among others, or giving away a ton of product for the Racer X MotoDynasty Fantasy League. Check out The West snowboard, which is mined from carbonium and features their ripsaw profile and vario power grip sidecut. The board has a slightly set back stance with a mild flex, which makes it great for ripping all terrain. Check out neversummer.com to get yours today for just $569.99.

Once you’re done with a day on the mountain, us older folks need to relax. And what a better way to spend some chill time during the holidays than taking on your buddies at MX vs. ATV Supercross Encore? Nordic Games and Rainbow Studios have been keeping motocross games alive (get it?) for more than a decade and this game is their debut for the PS4 platform. You can choose between bikes or ATVs, multiple game modes including career, single races, free ride, split screen, and online multiplayer events with up to 12 players. The new game features seventeen supercross tracks, an all-new rhythm racing game mode, bonus tracks, and over sixty professional riders. And it only costs $29.99. That’s super cheap! Visit mxvsatv.com or shop.nordicgames to get your copy just in time for the holiday season.

For more motocross gifts to give your loved ones, check out Motorcycle-Superstore.com.