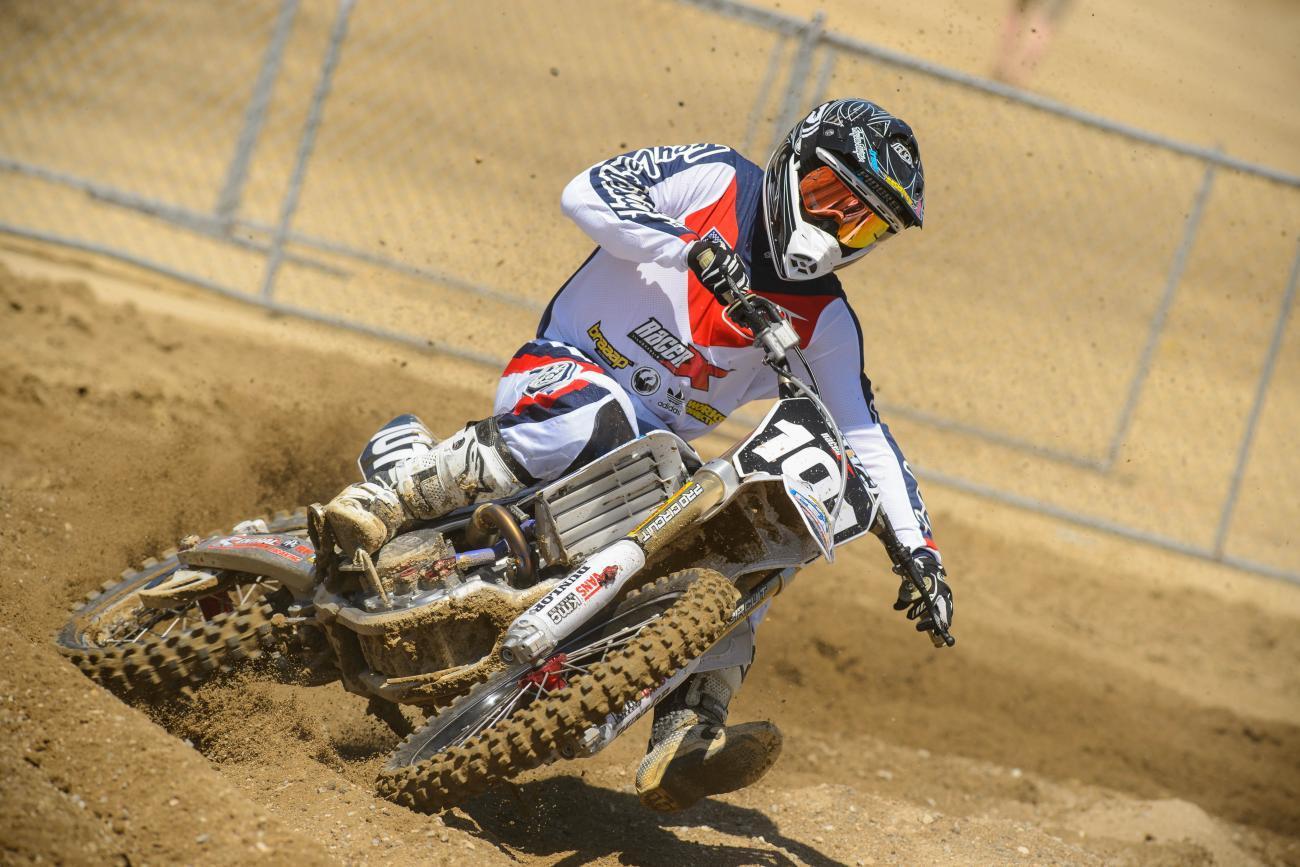 There is a bit of a dilemma going on in Canadian motocross. A significant number of the top seats are now being filled with U.S. or foreign riders. This certainly raises the speed, interest in Canada, and quality of the field, but to the demise of local grass root talent. Tyler Medaglia has touched on this in a couple recent articles. It is becoming an increasing point of conversation, and I would almost say anxiety. My son didn’t start racing until he was almost 15 and said right from the start he would never aspire to be a Canadian pro, as there is only a handful of rides that would ever pay enough to matter. I appreciated he didn’t want to be a starving artist, but as one who lived that way as a pro road racer it also felt a little deflating.

This generation for the most part seems motivated by something other than the love of the sport, not saying they love it any less than previous generations, but differently. Or maybe they are just smart enough to be able to look back from the future and say it isn’t worth it as much as they wish it could be.

I guess the reality is in the U.S., if you look at the ratio of 10-year-olds to ultimate chances of getting a factory ride, compared to the ratio in Canada even with all the foreign occupied seats, the ratio is likely similar. Right now there are arguably two for sure top prospects in Canada with Dylan Wright and Marco Cannella (2015 Loretta Lynn Schoolboy 1 champion, who, unless I’m blind, was left out of the Racer X champions pictorial). A number of slightly older riders that may still come into it, and a few younger riders it may click for yet as well. So the question: In the US by sheer numbers riders will always be there to fill the top seats. In Canada the club scene is fragmented and frustrating. What in your view are the structural elements required to keep kids even bothering to try, or are we simply destined to be the campground of foreign riders here for many different reasons?

I can see where that would be frustrating for local Canadian racers wanting to get a chance with a good team. As you mentioned, the odds are probably similar down here just because we have so many more riders competing for jobs. I think what you need is a perspective change. Just because you were a pro racer doesn’t mean that’s what your kid wants to be. Maybe he does, but that should be a decision he makes. And if it really is what he wants to do, then he will put in the time and effort to make it happen. It may require moving south for part of the year to keep riding or getting very creative with training during the winter months, but if he wants to make it happen badly enough, he will do whatever it takes.

What are the structural elements? At the parental level the only thing you need to do is support your son in his hobby/hobbies and enjoy spending time with him. If you both enjoy going to the races, you’ll work together and likely make good progress. If you make that a priority, you will never regret the time you got to spend with your son at the races, even if he never makes it past the local level. Spending time with your son should be the priority, not making a career out of racing bikes; that is a potential byproduct.

The racing scene is completely out of your hands, unless you are able to get involved and help coordinate the series. That involves a lot of time and, apparently, a lot of political horse crap up there in Canada. Don’t be threatened by the foreign riders coming up north, but instead learn from them. Having them there is a great opportunity to raise the level of talent in Canadian racing. Good luck to your son.

My buddy was backing up his trailer in my driveway while I unlocked my shop door. I heard a loud crash. By the time I got there he had everything unloaded. I asked him what happened, and he said he did not know what I was talking about. My bike had been tied down on the trailer backward, with the front tire against the ramp gate. I think he backed it into a tree. Later, while washing my bike, I noticed that my front wheel was badly bent. He still says nothing happened and he doesn't know what I am talking about. I am thinking about trenching his yard. What should I do?
Best Regards!

Well, was there a mark on a tree in your yard? Could the crash have been your buddy letting down the ramp on the trailer? I’m trying to decide which one of you two is the jackass in this scenario. Maybe your buddy did smash the trailer into something and taco your wheel without telling you. That is a certified d-ck move if I’ve ever heard one. If that’s what happened, I would consider taking a few swings at his hoops with a ten-pound sledge and then telling him you don’t have any idea how his rims got into the shape of a pretzel. On the other hand, what if your pal is telling the truth and you dinged your own rim while you guys were out riding? Now you are the D-bag for insinuating that your friend trashed your bike and lied about it. You must not be very good friends if you don’t believe him in the first place. If you can’t find any incriminating evidence in your front yard or on the trailer that indicates he crashed it, you have to let this thing go and realize you are a tool for accusing your buddy. Let me know how it works out.

Why is it people like to see crashes so much? I was at the Monster Cup, and any time somebody would go down the crowd would stand up and yell and cheer like they just saw a touchdown pass or a homerun; they were genuinely excited. All I could think was that the rider could be hurt and his season could be over before it started. I notice the same thing with NASCAR fans. Any motorsport, really. I just don’t understand why they are entertained by crashes so much.

I could go into a long-winded rant about the visceral instincts of mankind or the lack of compassion and general human decency these days, but I think I can sum it up in a much more succinct manner: people are d-cks. For real. I’m not just talking about the wingnuts joining ISIS or the vast majority of our politicians or any one of the Kardashians either; we all have the capacity to be human garbage. I include myself in this. I saw some 20-year-old idiot on the news this week who was speeding down the freeway passing people on the shoulder when he clipped a car and flipped, throwing him out his window and up onto a freeway sign thirty feet overhead. (Spoiled alert: He didn’t make it.) Rather than trying to imagine how much of a tragedy that is for his family I thought, Man, I wish they had video of that, and, That’s one less maniac I have to worry about on the road running into me.

I really wish I could sit here and tell you I haven’t laughed out loud at a YouTube video filled with motorcycle crashes, but I can’t. The one where the heavy-set gal hits a kicker and gets thrown up onto the handlebars has never failed to put a smile on my face. Never. And any time I see a quad rider go ass–over-teakettle and then run himself over, I laugh so hard I pee a little. Sorry, I’m not sorry because it is funny.

For the record, it makes me sick to my stomach when I see somebody have a really bad get-off. RJ Hampshire’s crash at the Red Bull Straight Rhythm comes to mind. That was almost too brutal to watch, and it certainly makes it more personal when it’s a rider you know.

I guess my point is that the casual fan doesn’t know any of the racers personally, so every rider is just like the fat girl on a quad smoking a cigarette in a YouTube clip to them. And, God as my witness, I promise you if I were watching a track full of those big girls crashing their brains out on four-wheelers, I would be laughing and pointing like Lloyd Christmas when he fed that guy with ulcers all those hot peppers in Dumb and Dumber. But, like I said, I’m a total d-ck.