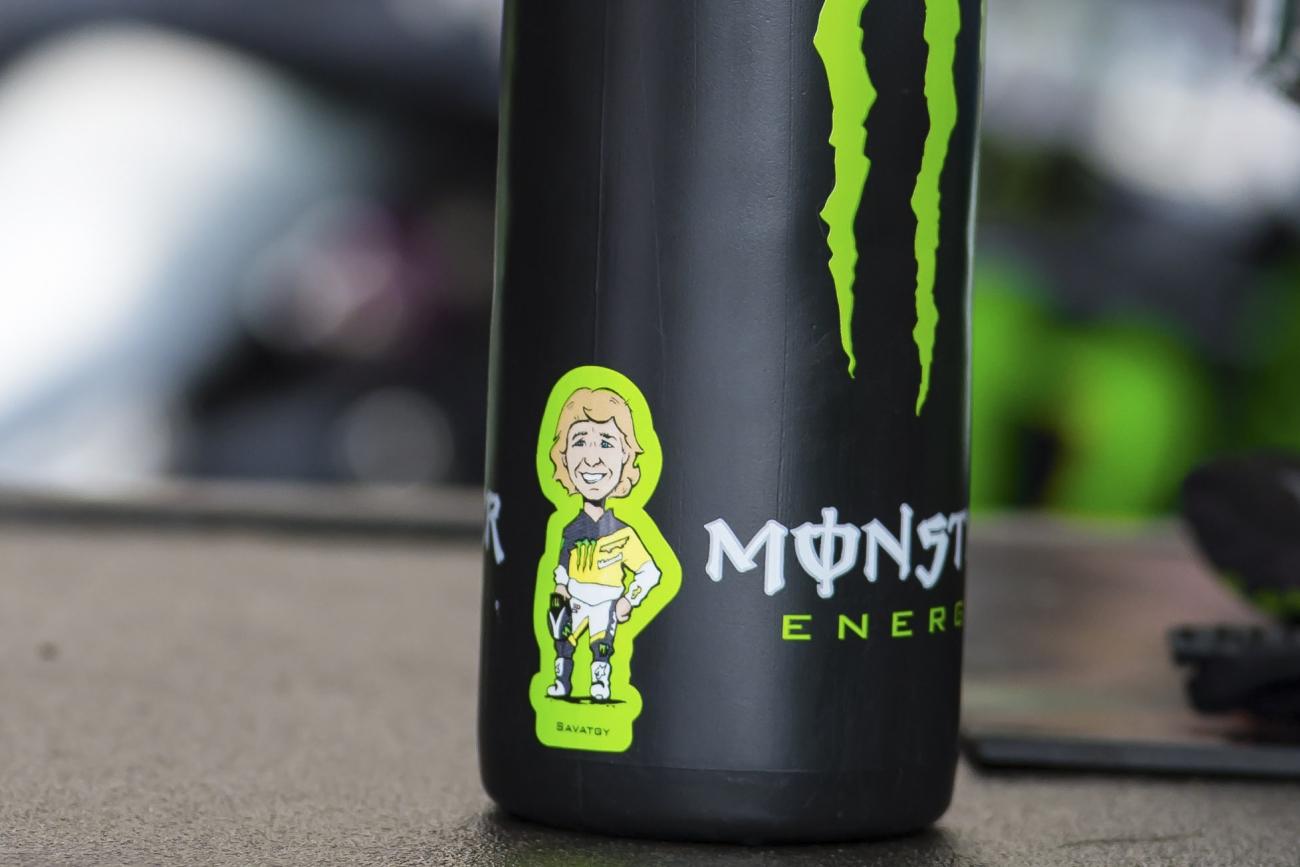 The Cap Throw Heard Around the World

Lewis Hamilton won the United States Grand Prix at Circuit of the Americas over the weekend, in the process clinching his third Formula 1 World Championship. Early in the race, Hamilton apparently forced Mercedes teammate Nico Rosberg wide and off the track. Reportedly, the teammates have a long history of not exactly enjoying each other's company, so it was no surprise that after the race things weren't exactly rosy. After the race, Hamilton tossed Rosberg his second-place hat, which Rosberg fired directly back at Hamilton. Of course, this caused everyone to freak out! From the BBC Sport:

On the cap throwing incident, the Briton [Hamilton] added: "I picked up the three caps and mine was at the back with the number one on the side. I just threw it over to him. I literally said 'here you go, mate' and then it came back at me.

"It's the worst thing to be my team-mate. On top of everything, he was disappointed with himself.

"I've seen Nico in lots of different lights over the years. The cap came past me and I'm like 'no problem'. I'm completely oblivious to it but I understand."

As for his part, Rosberg told Sky Sports News : "It was nothing, just our typical games."

This is just awful

NASCAR's Brad Keselowski is one hell of a racecar driver. The Team Penske driver won the 2012 Sprint Cup Championship and is currently fifth in the Chase standings. There are many things I'm sure Brad Keselowski is good at; however, basketball is not one of those things. At a 2010 (yes, it's an old video, but still funny) charity event for the then Charlotte Bobcats (now Hornets, again) Keselowski "played" a "skills" game of "basketball" and it was…well, check it out below.

Remember MTV Cribs? The show that toured celebrity houses and showed you a lot of cool stuff—like arcade games in Jacuzzis surrounded by lions (okay, that may be made up)—you will never have? Recently, the Australian dirt bike TV show MXTV visited Monster Energy/Pro Circuit Kawasaki's Adam Cianciarulo at his home in Florida to take a tour of his house—crib style. And we also get to see Adam's basketball skills. We'll say this: at least he is better than Keselowski.

No disrespect to Cianciarulo, because his house seems pretty chill and all, but this guy named Michael Jordan's house is like 10 billion times cooler. According to For the Win, Jordan has been trying to sell his nine-bedroom, 56,000-square foot, $14.8 million house outside Chicago for some time, but can't find anyone to buy it. (Hmmm, that's strange. You figure most people just have $14-something-million sitting around.) So, being Jordan and all, he made a killer hype video on his house. It's awesome.

Harley-Davidson has recognized a need to reach a younger demographic. In 2008, the company reported that its average rider was 48 years old. (The company no longer publically releases demographic numbers.) Last year, Harley rolled out a new model, the liquid-cooled, eight-valve V-twin Street 750—its first new model since the 2001 V-Rod. The bike would debut in a string of promotional videos in conjunction with X Games at Aspen and Austin in 2014. It was a precursor to the new event that would debut at this year's X Games—Harley-Davidson Flat-Track Racing. But, as Revzilla recently reported, the company saw a decline in recent sales: "New motorcycle sales in Q3 fell in the United States by 2.5 percent, resulting in a net decrease in global sales of 1.4 percent compared to the same quarter last year." More from the report:

The quarter reflects a flat year for the brand. Year-to-date sales figures released by Harley-Davidson show that 217,770 bikes have been sold worldwide, compared to 220,850 sold globally by this time last year. The good news: Sales increased by 6.9 percent in the Asia-Pacific region. The bad news: Everywhere else, sales dropped.

Harley-Davidson executives said yesterday the company plans to stop the skid by investing more money into — you guessed it — marketing efforts.

Bambi is good at soccer

Hockey Players Are the Best

There's no question: hockey players are certifiably insane. Just ask Steve Matthes (who recently dropped a hockey podcast you should check out) and he'll go on and on and on about how great hockey is and something about the Toronto Maple Syrups or something, blah, blah, blah. The video below of former player Jeremy Roenick should also attest to the above notion. Luckily, for Roenick or the alligator, it shimmied into water before anything cool went down.

Jeremy Roenick vs. The Alligator pic.twitter.com/YCO1IZzWdY

If you follow the world of MotoGP, then you know the championship is absolutely off the rails right now. It all began last week, when championship leader Valentino Rossi accused Marc Marquez of helping his teammate and chief title rival, Jorge Lorenzo, at the Australian GP. "It was an incredible race for sure. I also think Marc played with us! Because after fifteen laps, after corner five, going really slow and I pass him easily. But I don't know why. For sure [he] have a really good pace and if it was a strategy, I don't know," Rossi said in the press conference prior to the penultimate round in Malaysia. Of course, this meant the two would surely see each other on the track, and they did. They traded positions for third numerous times, before Rossi got flustered, pushed Marquez wide, and (depending on whose side your on) may or may not have kicked his bike. It all led to Rossi receiving a 3-point penalty, which combined with a previous 1-point penalty, means he will start last at the final round (those aren't series points, but penalty points, and four of them total for the year means you start on the back row at the next race). Since he is only 7 points up on Lorenzo and will now start last in the final round, a tenth championship for the Doctor will be tough to come by. Seriously, if you're not following this, you should be. It’s absolutely nuts right now, with a petition going around (which has nearly 500,000 signatures!!!) and Repsol, longtime title sponsor of Honda, who Marquez rides for, threatening to pull out. (Check out Crash.net for all your info.)

Anyway, forget about Marquez, this may be Rossi's biggest challenger. MotoBot was DESIGNED TO BEAT HIM!!!

Last weekend, Yahoo became the first site to stream a live NFL game, when the Buffalo Bills took on the Jacksonville Jaguars in London. Not exactly a marquee matchup, but the NFL and Yahoo touted that the stream brought in 33.6 million viewers. Yahoo said that only 15.2 million of those streams were unique viewers.  That's still a lot. But there was a lot more to this. Yahoo featured an "auto-play" on the video, which meant anyone that visited Yahoo—whether to check their email or search for funny kitty videos—when the game was showing was considered a unique view. In case you were wondering, Yahoo says 43 million people visit its homepage each day. From Fortune:

For starters, Yahoo itself acknowledges that the 33.6 million streams only represented 15.2 million unique viewers. Moreover, all of those streams accounted for a total of 460 million total minutes of football. Were you to put this in television terms, that would imply viewership just south of 2.4 million — a far cry from typical broadcast television viewership for an NFL game (even though, in fairness, the tilt was being broadcast via conventional means in the home markets of Buffalo and Jacksonville, where NFL games traditionally get their best viewship).

More importantly, it would suggest that the typical streamer only watched the 3.25-hour game for around 30 minutes. And given that it was a surprisingly competitive contest that went down to wire, it’s hard to imagine too many football fans chose to stream in for a half-hour and then turned it off.

The kicker here: He received a penalty!

Hoverboards are so hot right now. Fittingly, on Back to the Future Day last week, Arx Pax revealed the new version of the Hendo hoverboard—and they got Tony "Freaking" Hawk to ride it. More from The Verge:

The deck sits on traditional skateboard trucks, which is where the four hover engines connect to the main body. This is supposed to let riders shift their weight much like you would on a real skateboard — something you couldn't do on the old hoverboard. The new, skateboarder-friendly design is thanks to none other than Tony Hawk, who apparently had some "frank input" on the hoverboard's design after riding the first version last year. From the early video, though, it doesn't appear like the changes have done much in the way of making this thing more maneuverable.

Indianapolis Motor Speedway, along with Daytona and a few other tracks around the country, are must-see racing venues. While I've never been to Indy, I have been to Daytona, and when you first walk on to those grounds—it's a sight to see. Mashable recently toured the hollowed grounds of Indy with some Instagram people (I refuse to call them Instagrammers. It sounds ridiculous) and it's pretty chill.

The contributions to modern racing are an integral part of the Indianapolis Motor Speedway's legacy, however, there are several physical and aesthetic features that also make the track such and iconic and legendary place to race.

Indy's most notable characteristic is a thin strip of bricks, called the "yard of bricks," that stretches across the starting line – a relic of the track's original, paved surface that consisted of 3.2 million bricks. While the rest of the bricks have been buried under layers of asphalt, the track is still affectionately known as the "Brickyard," and it's custom for the winning Indy 500 team to kiss the bricks during the awards ceremony.

Corey Bohan, Mike Clark, and Leanna Curtis recently paid the ultimate tribute to the 1980s Australian movie BMX Bandits that helped launch the career of Nicole Kidman. According to Red Bull, the video took two years of planning and two weeks to film across Sydney. Bicycle motocross, according to Red Bull, is the brainchild of Bohan, who religiously watched the original. Check out the film and a behind-the-scenes look at how it was made, as well as the BMX Bandits trailer.

Ryan Dungey isn't the only motorcyclist to get the red carpet rolled out by the folks at ESPN. Recently, 2014 Moto X Speed & Style gold medalist Mike Mason dropped by the Bristol campus gave the folks an inside look at his RMZ Suzuki 450.

If you can excuse the cheesy wrestling-esque lines (there's a mute button for a reason), there is some actual cool riding going on here. Per Lanesplitter, "The whole thing is a lame stunt for Scala bluetooth communicators, which, in my opinion, are the best in the biz," which makes sense, since more and more companies are tying to make their ads more entertaining.

Dominos, What is Going On?

First, Dominos rolled text, Twitter, and even emoji delivery. Now, they appear to be making this crazy delivery car, which "holds eighty pizzas, a warming oven, cooling areas for liter bottles of soda and salad, and a puddle light that projects the Domino's logo on the ground," according to Auto Week. But Dominos is smart, and instead of building a new car, they are taking one already on the road. From Auto Week:

Based on information garnered from all those entries, Domino’s also realized rather than building a brand-new vehicle, it would be in the company’s best interest to use a vehicle that was already on the road. That vehicle is the Chevrolet Spark.

Domino’s asked former General Motors research and development executive Kenneth Baker to be the project lead on the vehicle and tapped Roush Enterprises to help cultivate the design.

Roush is currently working on converting and delivering 100 DXP to 25 markets across the U.S., including Boston, Dallas, Detroit, Houston, Indianapolis, New Orleans, San Diego and Seattle over the next 90 days.