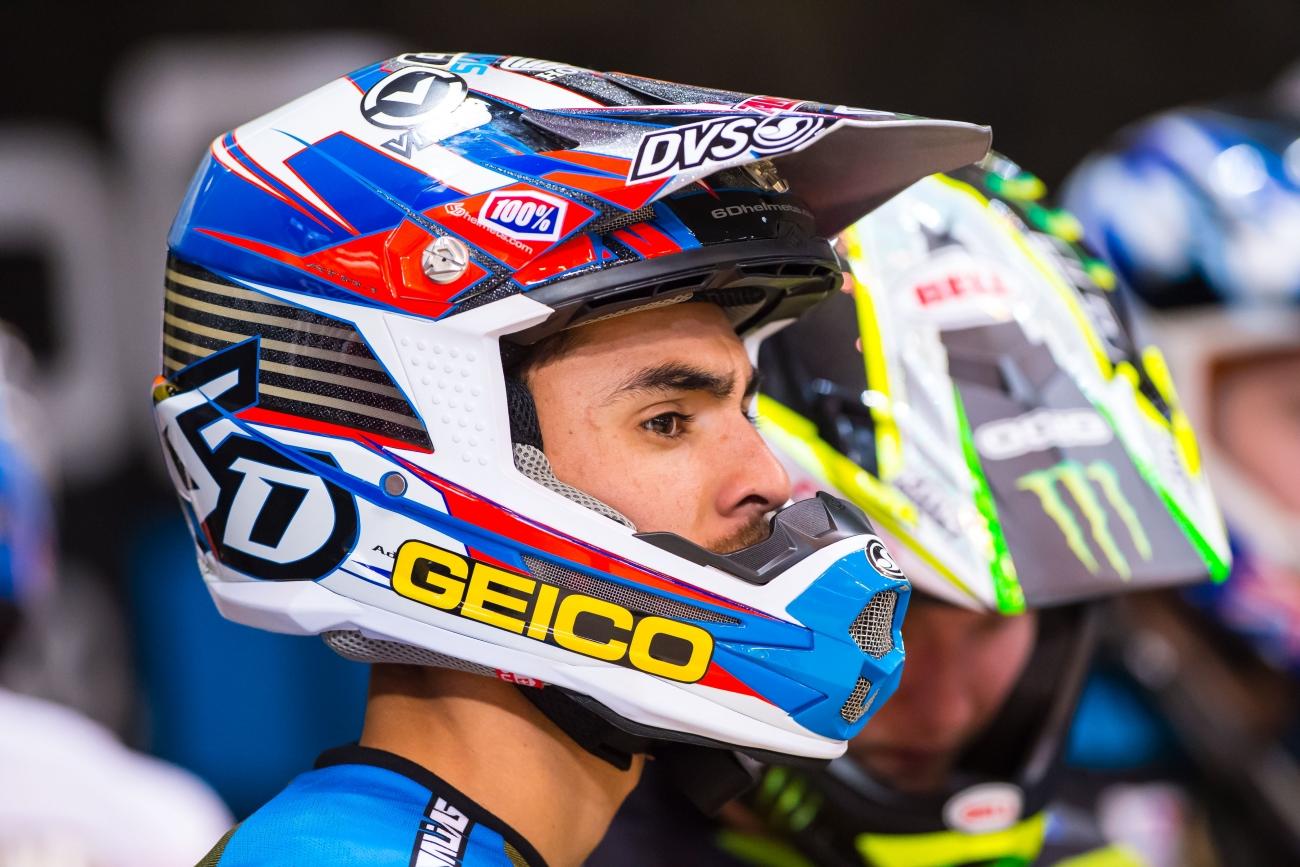 Rapid Reaxtion Bogle Back to GEICO

Earlier today, GEICO Honda announced that they have re-signed Justin Bogle for the 2016 season. Jason Thomas and Jason Weigandt weigh in on the announcement below.

Jason Thomas: Justin Bogle found a home for 2016 and won't even have to change addresses. After tirelessly working to find an appropriate landing place as he transitions to the 450 Class next year, Justin was able to work out a plan to stay with the GEICO Honda program, albeit underneath the HRC Honda tent. If this setup reminds you of Eli Tomac's 2015 situation, don't wonder why, because it is exactly the same scenario. Justin will get the same factory HRC machine that Cole Seely and Trey Canard receive; he will just have the GEICO team graphics.

In my opinion, this was the best scenario for Justin. I'm not sure if that is true financially, but in the big picture of his interests, staying on an established team that he is familiar with will give him the best chance for success. He already has a firm handle on the motorcycle's characteristics after riding the factory machine at the last few rounds of Lucas Oil Pro Motocross, and that will help to alleviate his off-season preparation workload. Had he switched to another brand, a la the rumored Yamaha option, he would basically be starting from ground zero on bike setup and testing. With this team, he will be able to draw from HRC’s extensive data on the current machine and bounce ideas off of fellow Oklahoman and practice buddy, Trey Canard.

In the sport's current economic state, there aren’t many occasions where budgets are expanded to help those in need. The flexibility just doesn’t seem to exist in many cases. In this particular situation, though, that is exactly what occurred. Justin would have likely been left with a satellite effort on privateer equipment had GIECO and Honda not stepped up. Luckily for him, the team did the right thing and continued their 450 co-op program in the wake of Tomac’s departure. After a strong 250 career, Justin is now poised to have a real chance for 450 success. After the certainly stressful past few months, I’m sure no one is more relieved and excited than Justin himself.

Jason Weigandt: This looks like an obvious and easy deal to put together, but there's a reason it took so long: GEICO Honda was absolutely, positively getting out of the 450 business. Even if Eli Tomac chose to stay at Honda, his offer was through the Honda HRC factory unit. So Bogle, who pointed out of 250SX, was forced to free agency, and at the worst time, because a ton riders were in the middle of two-year deals, or were happy with what they had.

We heard Bogle was looking around at BTOSports.com KTM, but Justin Brayton has a two-year deal, and Andrew Short is, well, Andrew Short. We heard him linked to Monster Energy Kawasaki, but Wil Hahn got renewed. Dean Wilson has a two-year deal with Red Bull KTM, and Marvin Musquin was an obvious addition. Blake Baggett and James Stewart have multi-year Suzuki deals. Honda has multi-year deals with Canard and Seely and no reason to want a change. RCH likes Roczen (two-year deal) and will likely re-sign Tickle. JGR extended Barcia and Peick. Rockstar extended Anderson and Pourcel.

Bogle had value, but there just wasn't any room out there, at least not until 2017, when a lot of spots will open up. I also heard Bogle may have been going to MotoConcepts. Then the much-rumored Chad Reed/Yamaha team started to take off, and he was linked to that, but in the end that team either won't happen, or at least won't have a slot for a second rider beside Reed.

The GEICO Honda people are good people, and they decided to end the madness and find the funds, with some help from Honda via the works bike, and get Bogle a slot. Remember, Bogle rescued the team from what could have been a miserable 2014 season by delivering a long-shot 250SX East Region title. He's also a likeable guy. They wanted to help, so they did.

So how will he do? It’s really hard to predict rookies, but I know the guy is motivated because it's already a contract year. For sure, the GEICO Honda 450 effort will not be around after 2016. This time it's really, really true. Bogle has this year to show what he can do and earn a solid landing for 2017.