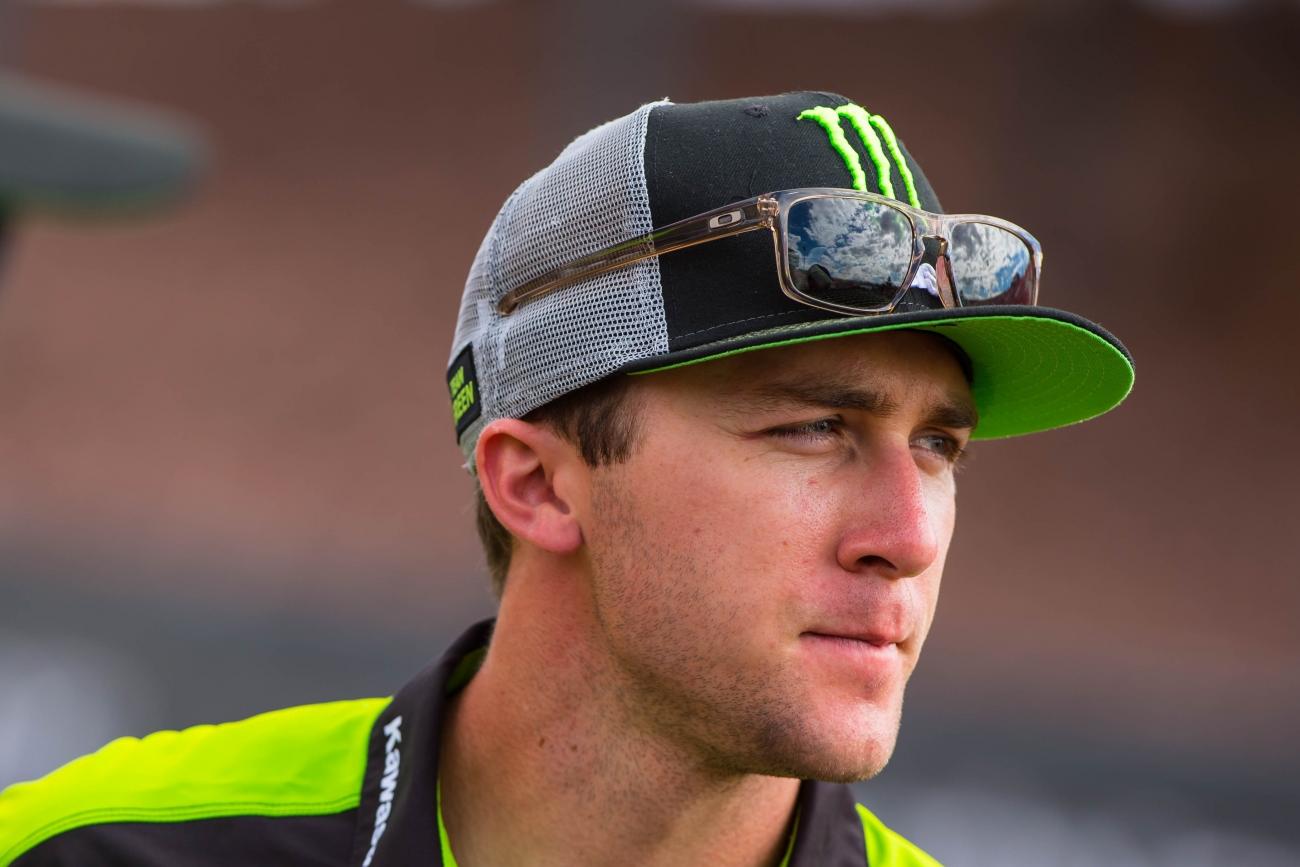 This one isn’t even close. Tomac is 22 years old and capable of becoming the next great champion of this sport. His team switch is a big power shift for both Monster and Kawasaki, the perfect antidote to Red Bull riders like Ryan Dungey, James Stewart, and Ken Roczen.

Where else was Kawasaki going to get that kind of firepower? Wait a few years to see if Adam Cianciarulo pans out? Austin Forkner? Now Monster and Kawasaki are right back in the game. The Tomac signing will have an impact for years. It was the biggest story of the week.

Oh, yes. Chad Reed. And James Stewart. Reed and Stew. Stew and Reed. No matter what happens, they still get the most clicks.

(This is the point in the story where some will argue that Reed and Stewart are media favorites and we’re the ones making them so popular, but I'll add that we posted three stories about Tomac in total, including an interview. We did everything we could to make the Tomac news the biggest news. But the clicks really rolled in when Reed's name hit our breaking news section.)

We've spoken at length about Reed and Stew pushing the needle. It goes well beyond them merely winning races. They're also outspoken and often seem magnetic to drama. Ryan Villopoto is a great racer but put a wet blanket on controversy. Same for Dungey. Reed and Stewart also have years of built-up equity because they've been around so long. At the Monster Energy Cup, FOX Sports sent Jamie Little to host the show. Jamie got her start as a podium announcer in supercross, but moved onwards and upwards ten years ago. Yet, she’s back at a race a decade later, and Reed and Stewart are still part of the story. They draw all the way back to the days of Ricky Carmichael as a racer. To Travis Pastrana as a racer! History helps.

But, it will, eventually, be history. These guys appear un-killable, but someday they will be gone. This sport and industry, collectively, need guys like Tomac and his peers to reach similar levels of popularity. And clearly just being fast and winning races doesn’t do it automatically.

I saw it first hand last year, and I was surprised. At Anaheim, Villopoto and Stewart were gone, but the event was not lacking for star power or depth with Dungey, Roczen, Tomac, Reed, Trey Canard, Justin Barcia, and others on the line. But to folks that don't follow this sport as closely as we do, it wasn’t quite as exciting.

Roczen and Jason Anderson went 1-2, which seemed fine because we knew Roczen as the next big thing and Anderson as a rookie and the 2014 250SX West Region Champion. But the race felt different. There wasn't the same buzz or electricity and hype. I was there and I’m telling you it just didn’t feel the same. Why? I can only guess it's because Roczen and Anderson had not reached critical mass yet.

The riders the fans live and die for either weren't there (Stewart, Villopoto) or had quiet races (Dungey, Reed). Roczen and Anderson don’t have a history of cheers and boos built up through the years. At this stage, everyone knows the Ryan Dungey image, and everyone has an opinion on it. He's the clean-cut blue-collar workhorse guy. Some folks love that, but others like someone more spectacular and flashy. It doesn’t matter what your opinion on Dungey is; the point is that everyone has an opinion on him. Villopoto, eh, we all know he never established much of an image besides being a dude who wins a lot. That wasn't great. He was big because of his record but could have been so much bigger if he just let some personality loose. Stewart and Reed remain the most popular figures. We need the new guys to move the needle.

No matter where the money comes from, every sport is better served with compelling stars. The fact that Stewart and Reed are still at the top of that category isn't the healthiest combo, since they’ll be gone sometime, and possibly soon.

Could we maybe speed this process along? Reed and Stewart are irreplaceable all-timers, but the quicker the world gets pumped on the new guys, the better. There's an image hiding inside of each of them. Roczen is dripping with personality and showmanship, plus he's got a team and Instagram account to support all of it, so his superstardom is either here or merely days away. He already has it, and if he wins Anaheim again, the buzz will be a little bit higher this time.

"Winning races is big, but creating an opinion is much bigger."

Dungey is doing his best, with his ESPN SportsCenter visit, ESPY Award, Wheaties box campaign, and overall embrace of the sport's leadership roll. Plus, he has the titles. With Villopoto gone, Dungey is now the guy in his prime, and that's an easy sell.

Tomac can join this club, both in results and reputation. At first blush he's not associated with anything crazy. He doesn't throw flashy whips, doesn't act like a cool guy off the track, and doesn't trash talk in interviews. He's very much just a "guy who goes really fast" in the same manner as Villopoto. But there is something there with Tomac. Villopoto often looked passionless in his interviews, as if he didn't care, and that rubbed some people the wrong way. We want to believe these guys want it as badly as we would if we had that kind of talent and opportunity.

Tomac isn't like that. No one doubts that he's competitive, that he lives for combat. It helps that we know his lineage through his gnarly dad. He was born into a competitive set. Eli is quiet, but not in a shy way. It's more…stone cold. He's intimidating! He's ice cold! He's an assassin. He's the kind of guy who comes in, kicks ass, takes care of business, and leaves. And there's something very real about that.

Tomac's lack of trash talk and drama is actually part of the pitch. Around the office, we refer to it as "the stare." Tomac needs only to stand there, piercing a hole through whatever he chooses to, to make a statement. I've never heard a story about Tomac being mean or a jerk, yet he exudes that "don't piss me off" vibe. He seems to be a nice guy, but it also appears that he's ready to whoop someone's ass at any time, and has zero interest in being friends with his fellow racers.

Last year, Tomac's opening ceremonies video for supercross was epic. In it, Eli threw his competitors' number plates into a pit—#5, #94, #41, etc.—and then blew them up with a flaming arrow. Especially at Anaheim 1, most riders avoid any kind of friction with the competition. Here, Tomac literally showed exactly whom he was targeting, and exactly what he expected to do to them. Yes, it was only a video, but it was still something most riders wouldn’t be willing to do. When Steve Matthes and I asked Tomac about it on the Pulpmx show, he literally didn't even seem to understand what we meant. Why was this a big deal? Why would he even consider being worried about what his competitors thought?

Winning races is big, but creating an opinion is much bigger. The sooner we start talking about the new guys like we did the previous champions, the better the sport will be.