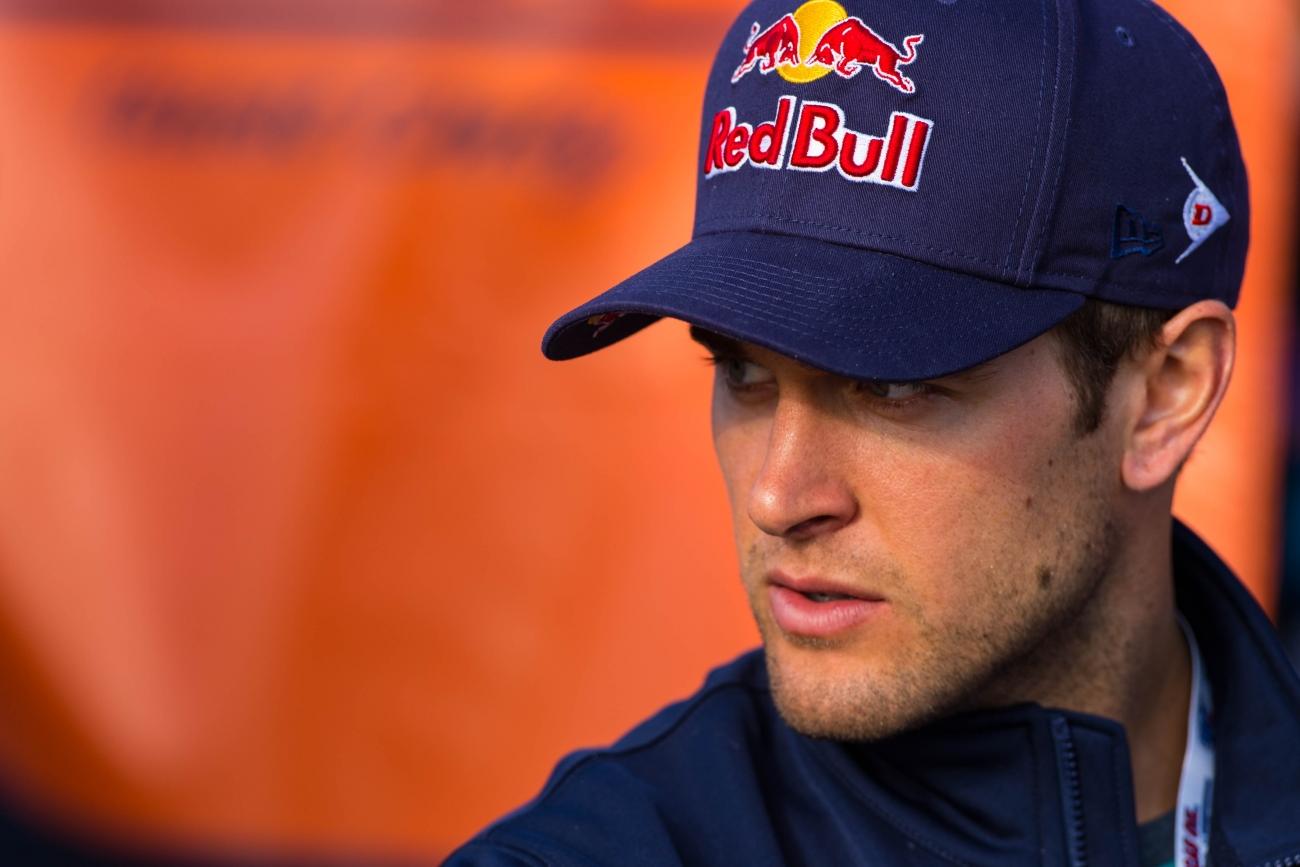 3 on 3 Questions for Straight Rhythm

No one really knows what to expect from Red Bull Straight Rhythm, because it's still a new event and concept. What's more, the biggest names in the event are all question marks. James Stewart, last year's winner, hasn't raced since, well, this event last year due to an FIM suspension.

Meanwhile, champions like Ryan Dungey and Ken Roczen missed last year's event but will participate this time. Since they're new to this, how they will perform is really just a guess.

By the way, Stewart, Dungey, and Roczen are all Red Bull riders, but this event is open to anyone, as Red Bull isn't barring anyone regardless of sponsorship. As with any new event in this sport, though, it usually takes awhile before most teams and riders buy in. At least Dungey and Roczen add quite a bit more star power. But how will they do? We asked insiders Jimmy Alberston, Jason Thomas, and Steve Matthes for some opinions.

1. What do you think of James Stewart at Red Bull Straight Rhythm?

Jimmy Albertson: The Return of JS7! This race was tailored just for his style, in my mind. The track is smooth and straight—and not to mention, it's Bubba Scrub City! Even with a year off from racing, I'd say he's the odds-on favorite to capture the win. Any race that lasts one minute and has high intensity has Mr. Stew written all over it.

Steve Matthes: As I've stated on the Pulpmx Show, James Stewart is Cujo right now. He's a rabid dog that needs wins to survive, and he's been locked in the damn house for a year. In short, he's very hungry, and only wins will satisfy him. He's probably got yellow slobber all over him, crazed eyes, and that look that says you had better stay out of his way when it comes to him feeding on wins. Stay away, people—stay the hell away for your own safety.

Jason Thomas: I think James will be in the final for the event and probably win. This event is such a good fit for him, and he'll surely be motivated to explode back onto the scene after a year layoff. He knows how the event works and what the strategy should be, having raced last year, so I give him the edge going in.

2. What do you think of Ryan Dungey at Red Bull Straight Rhythm?

Albertson: Dungey is fresh off a little break, having not participated in the Motocross of Nations this year. I would say that speed is usually not his thing; however, this past season, the Dunge proved to be a speed demon at times, setting multiple fast lap times during Monster Energy Supercross and Lucas Oil Pro Motocross. He won't be able to use his fitness in this one, so I look for this to be an epic showdown between all of the Red Bull athletes!

Matthes: This doesn't strike me as a format where Dungey would excel. Obviously he's super gnarly and doesn't make many mistakes, but I don't know if he needs the win like Cujo-James does. Also, I need to see how the track flows and works before I make too much of a judgment. And, if the show is anything like last year, I'll have about three hours before the big dogs actually line up against each other to make that judgment.

Thomas: Ryan Dungey will be right in the mix, but I don't think this event is his cup of tea. Dungey is a great racer and has so many key attributes that enable his success, but a race with no corners that's under a minute long doesn't necessarily fit into that list. He will do fine and probably make it far, but I don't see him beating JS7.

3. What do you think of Ken Roczen at Red Bull Straight Rhythm?

Albertson: I'm very skeptical on how the German hot shot will do in this one. He has been practicing on a Langtown-style SX track in Germany, and I'm not sure if that was the best preparation. He also is fresh off a couple surgeries after the MX season, but Kenny is a proven bad-ass on a dirt bike, so I think he'll be ready to throw down when needed.

Matthes: Well, I'm with Jimmy here. He's gotten surgery and has been riding over in Germany (and, by the way, if you're a German fan who was upset about Roczen bowing out of the MXdN this year and you see him riding SX in Germany on his social media, are you just a little upset or level-ten upset? Just curious...), so I'm not sure how well Kenny will do this weekend. But, then again, who really cares? I actually read on message boards that Malcolm Stewart should have had a ride based on how well he did at the event last year. Isn't that the equivalent of saying that I should be an astronaut because I once rode Space Mountain at Disneyland? This is a cool event and all that, but it's pretty far from any type of actual, you know, supercross racing where we should make a call based on who does what. So, in short, yeah, Roczen will be good. Dungey will be good. Stew's probably going to win the thing, but immediately after it's over, I'll be thinking of something else.Is that bad?

Thomas: Roczen is a question mark for me. He has been riding in Germany, but I wouldn't really call that quality training. He’s good at scrubbing, so he should be quick. but I am curious as to how he and Dungey will react to the new event. The guys from last year should have a big advantage. Both Roczen and Dungey will make it to the top five, but I think they lose to Stewart.