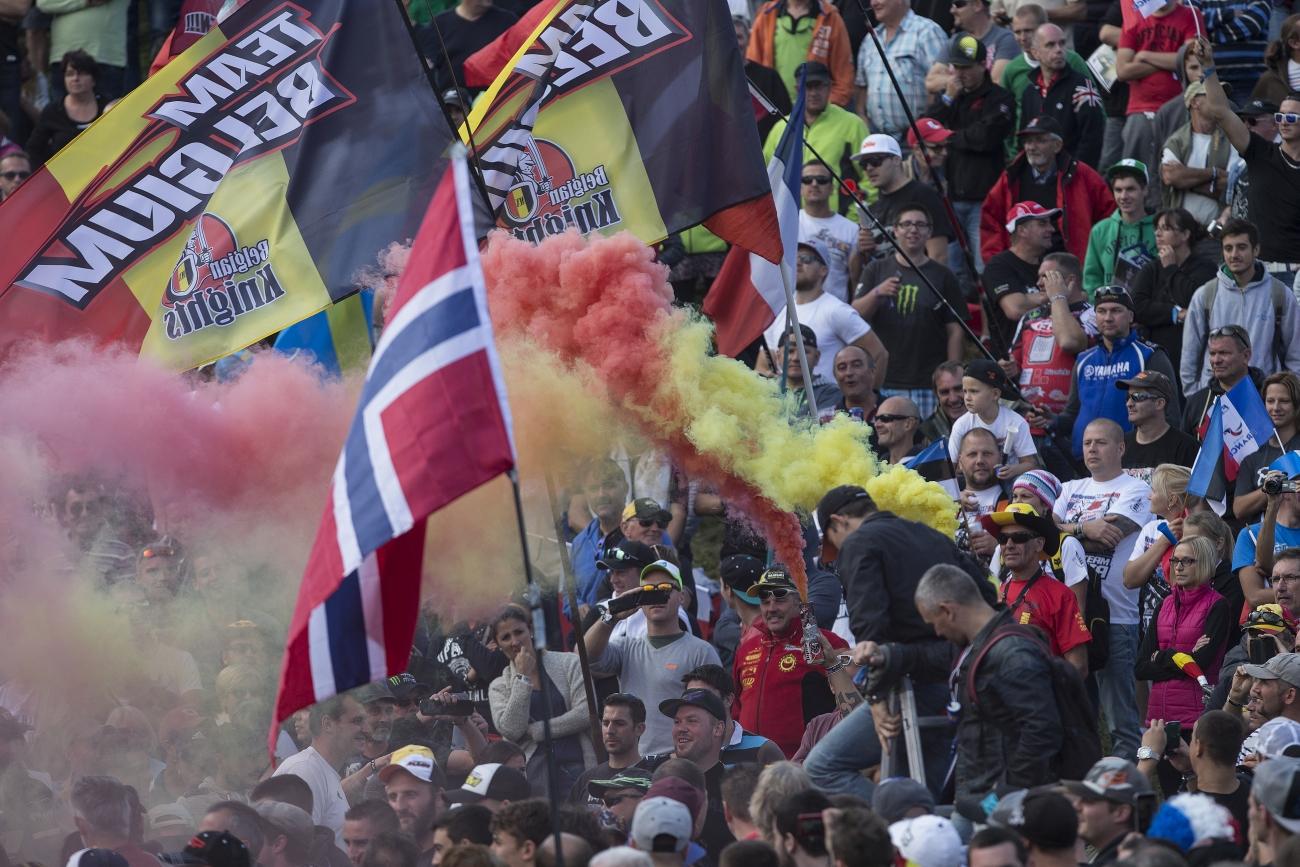 You’ve read Adam Wheeler’s Saturday Motocross of Nations report, but I’ve got my own thoughts, or “observations” as I call them. Please excuse the huge drop off from Wheeler’s prose to mine. Reading his stuff and then getting to mine is like going from dating Kate Upton and having a Ferrari to picking up Kathy Bates in a Yugo.

I’m here to tell you that it’s not panic time. Step away from that edge because you’re upset that Team USA didn’t win today’s qualifiers. There have been plenty of times in the last decade where Saturdays did not go as well as today, but USA stood atop the podium the next day. But if they pull this one off, it will take some luck and some amazing riding, because Team France is on their game.

Some observations for you:

The track was a bit wet this morning, but formed pretty well throughout the day. With the water came the ruts and bumps. Apparently, the organizers hauled in some wood chips to the normally rock-hard surface, so it’s nowhere near as hard as it has been in the past, but to us Lucas Oil Pro Motocross fans, it’s pretty hard and slick.

The track’s not great for passing. You can’t override it because you’ll end up jacked up in the ruts or sliding out going up faces and hills. This requires patience, some throttle control, and some hope that the rider in front of you makes a mistake.

Team France was amazing. If I had to rate their rides, I think it would be:

All three riders were basically flawless today. Marvin took off with the win while Febvre and Paulin took their time to get to the front.

The crowd here is huge and losing their minds. And it’s only Saturday!

Surprisingly, the American rider most know for his starts, Justin Barcia, didn’t get a very good start at all. Barcia was about tenth off the start and fought hard to get third. He seemed to be the one rider in his class who was most grabbing handfuls of throttle and had the bike kicking out underneath him.

Jeremy Martin rode a great race. He and Musquin are clearly the class of the MX2 field, and he kept Marvin in sight the entire time.

Cooper Webb grabbed the holeshot, stretched out a bit of a lead, and then got caught pretty fast and passed at one point by Febvre. Webb got back by, and, I thought, showed a lot of gumption (1940s word use, by the way) in pushing hard to get the lead again. A couple of bad line choices in the middle of the race allowed Febvre to catch back up and take the win, but Cooper was good.

It sucks to be a Great Britain fan for sure. Shaun Simpson was riding great until a lapper moved over on him and took him down hard. Max Anstie's bike cut out (at least that's what it looked like) coming off a huge downhill jump, and he got landed on.

On a track where he maybe had a career-making ride, Ben Townley, who’s raced five times in the last two years, took the holeshot from the outside and led laps in the MX1 class. He eventually finished second, but it was a great ride for BT101.

One thing about the MXdN that people don’t realize and perhaps needs to be fixed in the future is that there are some really bad riders here. I mean, compared to the world-class riders on the track. All of these guys get weeded out and sent to the B final for tomorrow, but these qualifiers are a bit sketchy.