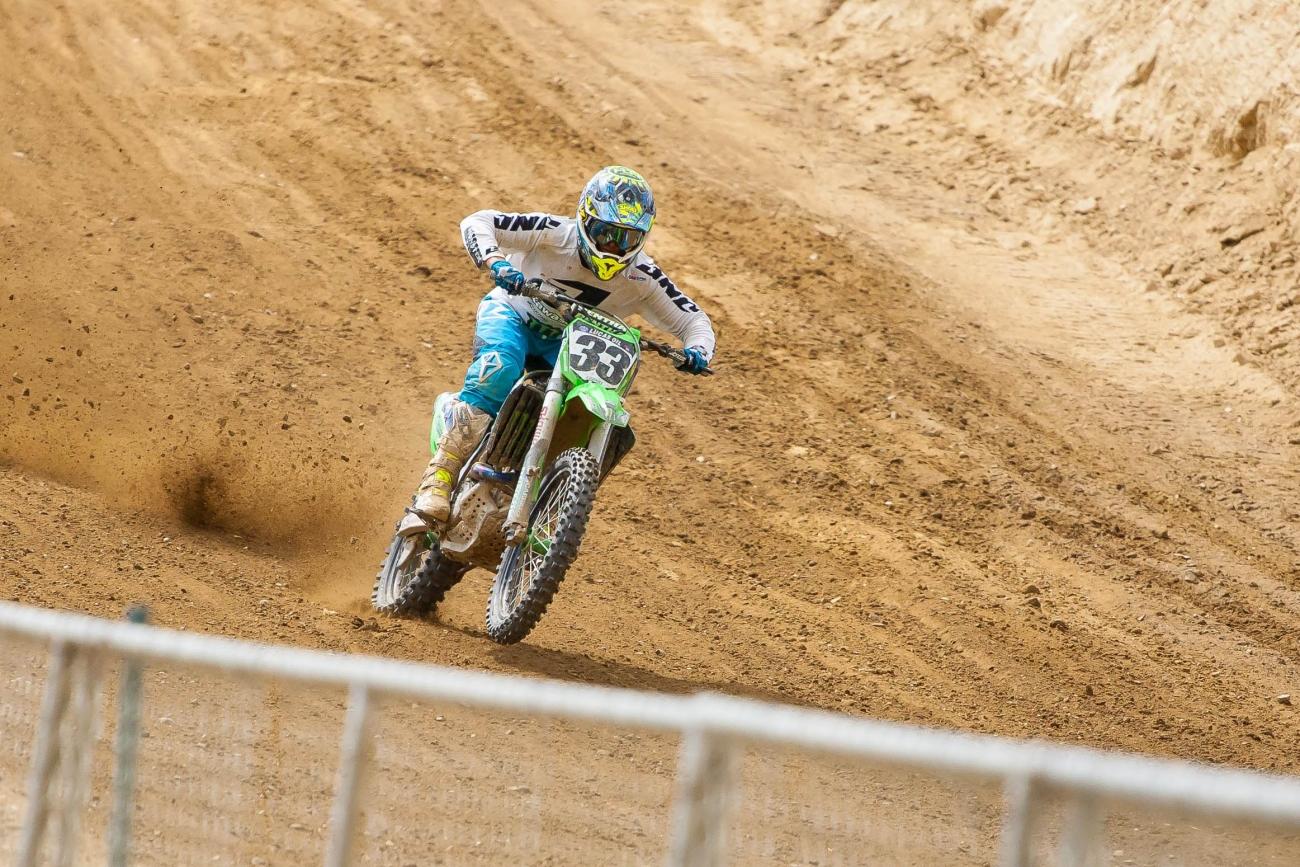 3 on 3 Questions before the USGP

1. Who will win the MXGP class at the USGP? A GP regular or a U.S.-based rider?

Jason Thomas:  I am going to go with an unpopular pick and say Romain Febvre. I really was leaning toward one of the American riders, but I just think Febvre has momentum on his side, and with the ample amount of riding time that MXGP provides on the weekend, he will have no problem fully learning the track. With our series' best three 450 outdoor riders missing the race (Eli Tomac, Ryan Dungey, Ken Roczen; not to mention Justin Barcia, Trey Canard, and Blake Baggett), I have to give the nod to Febvre.

The wild cards here are Marvin Musquin and Cooper Webb, who are making their 450 outdoor debuts. They could wow everyone and win it, but when you look at all of the factors involved—how dominant Febvre has been in recent months, our series ending a month ago, and our best riders sitting out—it looks like a big ask for a home win. I will say, though, that if Jason Anderson or Josh Grant grabs a holeshot, buckle up because it's going to get real.

Steve Matthes: I think a U.S. rider will win it. And I think JT should be deported ASAP—these colors don't run, bro. No, but seriously, the GP riders haul ass, but right now with Febvre having clinched the title, AC222 racing his first race in a while, and the fact that there's probably no other track in the world like Glen Helen makes me think a U.S.-based rider will win this thing. But I'm sure "they" also thought that in 1990, yet Eric Geboers, in his last season as a GP rider, spanked RJ and everyone to take the win at Glen Helen. So, yeah, there's that.

The motivation isn't that high for the GP dudes, and Glen Helen is Glen Helen. I like Jason Anderson or Cooper Webb to win. Take that, JT.

Jason Weigandt: I'll also go with a U.S.-based rider, just because Glen Helen is such a huge advantage. Even the guys who live in Florida still spend a ton of time testing there, they know this track, and most have probably been staying in California and driving right up the road to the place. The Europeans are on a big travel schedule, and the forecast says it will be 97 degrees on Saturday and 98 on Sunday. That's typical weather here, maybe not typical for the visitors. There are many great U.S.-based riders to pick from, but I'll go with Marvin Musquin for the MXGP win. Then we can all argue if that's a win for the American scene or a win for a European. How about that?

2. What rider has the most to gain at this event?

Thomas: This one is easy. Josh Grant has everything to gain with a big performance. He doesn't have a contract for 2016 yet and he is about to enter his home track on a world stage. If he hasn't been working and training for this weekend knowing it's a chance to rekindle excitement about his potential, I would be shocked.

Matthes: Yeah, I agree with JT here. Grant is really the only big-name guy going into this thing that doesn't have a ride for 2016. And he's good at the Helen, so a good performance here could go a long way for him. If one of the top guys wins this, I don't think it will go far for them in terms of adding clout to their resume; does anyone really remember the results from the last two USGPs at this track?

Weigandt: Grant has the most to gain, and he told me all the way back at Millville he was focused on this race. You might not find a rider better suited to a "show us what you've got for one weekend" scenario than him. I also know Dean Wilson has been pounding out laps at Glen Helen, he's fresh after so much missed time this year, and he really wants to get some momentum going.

3. What did you think about Thomas Covington getting a GP win?

Thomas: It was great to see! Anytime an American can win a GP event, I get the urge to walk around with an American flag draped around me like Superman's cape. All of my years of overseas racing created a monster when it comes to international competition. It was an unexpected win and a bright spot for Covington's young career.

The only caveat was the terrible rider turnout for the event, but all of the players were on the gate, so the feat shouldn't be discounted. This weekend is a great chance to make a massive statement in front of his friends and fans.

Matthes: Yeah, that was cool. It was great to see the first American win a GP since “Wacko” Zacho Osborne in 2009 in Turkey. We had Covington on the Pulpmx Show last Monday for the first time and then he wins a GP? Not a coincidence, broseph.

But, seriously, how cool was it back in the early 1990s to see Donny Schmit, Trampas Parker, Bobby Moore, Mike Healey, Bader Manneh, and Micky Dymond all racing the 125 and 250 GPs each week? Cycle News was some epic reading back then. I wish some more USA guys would look to head over there, but the problem is with the way Youthstream does things now, you just can't sign up and see how you can do like Parker did back in '89. There are limited rides in that paddock now, so you need a team to make a pretty big financial commitment on someone they have no idea about. That's a tough ask. Oh, and then if they're too old, they can't race the MX2 class.

Ok, I'm getting off track here, but I love what Covington did. I admire the balls he showed in heading over to the GPs when he didn't feel like he enjoyed supercross all that much. Golf claps for Thomas in making that huge decision at such a young age.

Weigandt: I'm just gonna put some truth out there: Covington's dad is a big wheel at Monster Energy. No doubt, while the kid was struggling, people behind the scenes were thinking Thomas had a ride because of his connections as opposed to his actual abilities. This win is huge because it erases that—he has now proven he can win races. Yep, just one race, one time, but we all know how this sport works. If you win once, teams will be willing to take a chance on you for a long time. Good for Thomas to get away from that "his dad works for Monster" shadow for a bit and just show he can be a good racer, no additional notes needed.