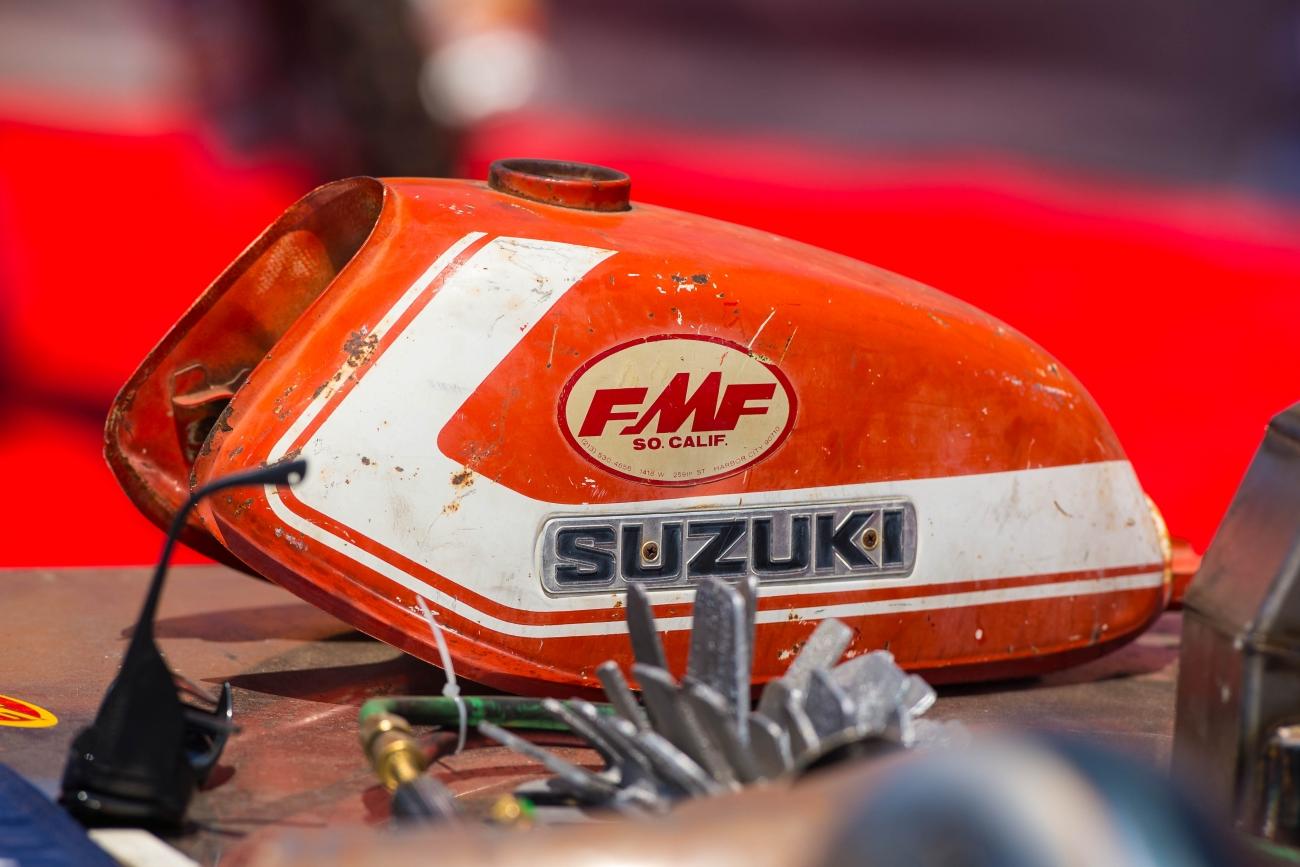 You think motocross costs money? Running a car racing team is ungodly expensive. Paying drivers, mechanics, entry fees as well as hidden costs like travel and team gear requires a dump truck of money—and you haven’t even made it to the track yet. How much all this stuff costs is kind of a mystery, as most teams won’t let you near their books. Recently, Jalopnik got unprecedented access to the Performance Tech Motorsports team, which races a car in the Prototype Challenge class of IMSA’s Tudor United Sports Car Championship. The team allowed Jalopnik nearly full access to the costs associated with racing and the results are staggering. According to the report, racing just one race costs the team $150,000—yet the owner claims they still make a profit. The entire report is worth checking out.

In fact, it’s six days at the track for nine people. All of those people need hotel rooms, so that’s $5,670 out the door. All of those people need to eat and deal with a bunch of daily expenses, too, so that’s another $2,100. But first you have to get everyone there, so $1,800 is spent on airfare. So that’s $9,570 that has already been spent and the car hasn’t come near the track.

Some costs are actually cheaper than normal, as PTM is based in Florida,the same state where the race is being held. But you still need to get the racer to the course, so $1,100 is spent to lease and operate those big fancy transporter trucks, where the car is nestled inside before the race.

Oh right, about that car getting on the track. The race requires an entry fee of $15,650, or about the starting price of a new Fiat 500 if the dealer gives you a bit of a break. And with that, you’re going racing.

Read the entire story, including how much tires cost (which is a crazy amount), here.

Quicksilver Bankrupt in the US

Quicksilver, the iconic Australian surf brand, has filed for Chapter 11 bankruptcy, according to Mashable. Founded in 1969, the brand was a staple for many years in the U.S., and sponsored stars such as Kelly Slater. According to the report, the brand is on good foundation in their European and Asia-Pacific markets. Mashable says that the brand lost $309.40 million in the US in 2014.

Quiksilver launched the brand Roxy, for women's wear, and purchased DC Shoes, while in Australia it took over the Surfection surf stores. Despite all this, the brand appears to have struggled to appeal to a new breed of surfers, at least in the American market. From a revenue of US$519 million in the year 2000, sales have continued to drop significantly and by 2014, the company posted a US$309.40 million loss for the year.

My God! Man, this is the craziest video I’ve seen all year. A downhill longboard racer named Zak Maytum reached speeds of seventy miles per hour while racing down a Colorado highway. This is one crazy bro.

The internet, from social media to tiny blogs where you read about fly catching to sites likes this one, are free for one reason—advertising. Without advertising, sites (like this one) can’t afford to pay writers (like this one), editors, designers, sales teams, etc,. Yes, sometimes ads are intrusive and over-the-top and just plain awful. But, they serve a greater purpose, which allows you to read content free of charge. Ad-blocking software threatens this relationship. According to a report by Adobe and PageFair on Mashable, “the number of people who use ad-blocking software worldwide has ballooned by 41 percent to nearly 200 million in the past year.” That’s scary for publishers. More from Mashable:

The number of people who use ad-blocking software worldwide has ballooned by 41% to nearly 200 million in the past year, according to a report released this week by Adobe and PageFair, an Ireland-based startup that helps companies combat ad-blockers.

That's a small fraction of the nearly 3 billion people estimated to use the Internet worldwide but enough to evaporate an almost $22 billion chunk of total online ads revenue this year, the report says.

Read more about how publishers and readers view the issue here.

As we mentioned above, marketing teams are getting smarter with integrating ads in a lot of ways. The best part: ads tend to fall on the entertainment side now more than ever. Marketing Land tracked YouTube’s most popular video ads last month and the top generating ad was DC Shoes’ Robbie Maddison’s “Pipe Dream,” which came in with a whopping 18 million views. Second place was an ad featuring Cristiano Ronaldo, the most popular soccer player in the world, with just 10.8 million views. The list, which included ads with Blake Griffin, Rafael Nadal, J.J. Watt, and the Manning brothers, can be viewed here. Below are top three in order.

...On your head!!! While climbing up a ladder??!!?! Okay, so apparently this video is from 2014 (according to its YouTube publish date), but whatever, it’s awesome. Much respect, bro.

Another Kind of Motocross Story

I’d never heard of Adrienne Cooper until yesterday. I had no idea she was a two-time ATV racing national champion or that she even raced at all. Then Steve Matthes sent me a link to her story—front and center on ESPN.com under the headline “Motocross champ Adrienne Cooper gave up kidney, career for 10-year-old boy.” The headline doesn’t tell the entire story, though. From ESPN:

Logan Carson didn't know Adrienne Cooper, and Cooper knew only what she'd heard and read about the 10-year-old boy before they met at a youth motorcycle race near Phoenix in November 2014. But it was a day that would change both of their lives dramatically.

Cooper, now 25, was a two-time ATV racing national champion and a self-described "adrenaline junkie." She'd had her share of injuries along the way, the worst being a 2011 crash that left her with a fractured elbow, tailbone and T12 vertebra and "a gnarly concussion." The sport had taken her around the U.S. and as far away as Australia, Ecuador and France.

Check out the touching story here.

Balancing on a Tower

This guy is certifiably crazy. A real nut job. According to For the Win, his name is James Kingston and he is a daredevil who freeclimbs the world’s tallest structures. The video below is him in Ukraine, hanging from the Dnipro Tower.

Speaking of crazy people, this guy decided to take the day off from work and speed down a 200-foot dam. Just your regular Tuesday.

James Stewart is on the road back

It's the offseason so you know what that means..... @jeromeinthezone is back at it.

Last weekend at Darlington, NASCAR decided to do a throwback, with teams running 19070s, eighties, and nineties designs. Some of them were actually pretty cool. But, I keep getting this feeling like I’ve seen this somewhere. I wonder where they got the idea….

Justin Wilson’s tragic death at the Pocono IndyCar 500 has raised concerns among the motorsports community that all forms of open-cockpit racing should adapt a form of closed cockpits to reduce the chance of severe head injuries. Currently, IndyCar, Formula One, and the National Hot Rod Association’s (NHRA) Top Fuel division, are the only series of racing that allow open-cockpits. The Verge recently ran an in-depth piece on what each series is doing to address the problem.

F1 drivers like Massa and Cristiano Da Matta have come out in support of closed cockpits, and the good news is that the FIA — the organization in charge of F1, as well as a number of other racing series — has done a lot of research when it comes to the closed cockpits. In 2011, the FIA’s Institute for Motor Sport Safety and Sustainability tested a partial canopy made of polycarbonate, as well as a full jet fighter-style canopy made of aerospace-grade polycarbonate.

The partial canopy didn’t do so well; when a tire and wheel were fired at it at over 200 kilometers per hour, the windshield shattered and barely changed the deadly object’s direction. The full canopy appeared to perform brilliantly, warping ever so slightly as it flung the tire and wheel away from where the cockpit would be.

In 2012 the Institute tested another solution: a small, angled metal cage in front of the cockpit that successfully deflected the tire and wheel. And last week, it was publicized that the FIA will soon be testing a new type of cockpit protection system that surrounds the driver’s head with blade-like metal guards.

It's been a while since I wrote something for this column, but I just really didn't want to get everyone over here reading my stuff when they can go to OBS and get the info that way. And I'm still VERY bitter at losing the MotoDynasty Racer X league championship at the last race to Chase. He can suck it.

With that being said, here are a couple of podcasts for you jerkies to check out.

Lance Smail was a top privateer in the sport for many years with some great rides in 125SX and 250MX. A great guy off the bike and still a fixture at the races in the Pacific Northwest, Smail had a ton of talent and rode for more than a few teams over his long career. See what Lance is up to with this podcast that's a few years old HERE.

Me being Canadian, of course I love hockey. And thanks to Jeff Williams at Projekt and 2UNDR, I've gotten to know ex-NHL player Ray Ferraro a bit. My work with Ray led to a weekly podcast devoted to the sport of hockey. Ray's in the rinks as a color guy for TSN and NBCSN, and is as plugged in as they come.

We just did our first show HERE and you can subscribe on iTunes/Stitcher, etc. Thanks for checking it out.