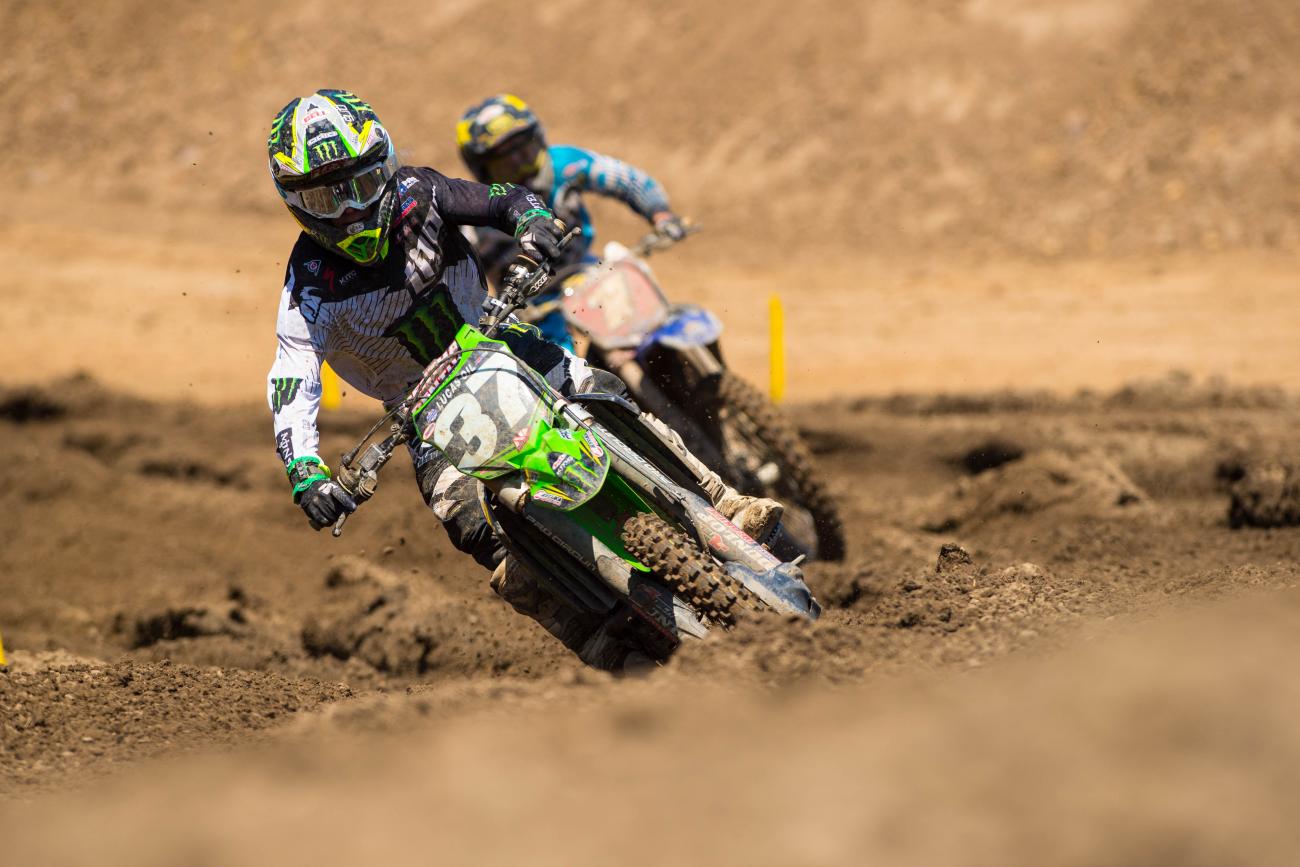 While fun and entertaining, preseason predictions are one of the silliest things the media and fans do. No matter how smart we think we are, it’s nearly impossible to predict breakout stars, busts, resurrected veterans, and, most importantly, injuries. Sometimes we hit the nail on the head, other times we… well, “miscalculate.” Sports are supposed to be fun, though, so while we may have missed a few of the “this guy will have a tremendous year” predictions, it won’t stop us from trying to guess right again.

Last week in Racerhead we previewed this article with one of those “we’re idiots” moments talked about above. Prior to the start of the 2015 FIM World Motocross Championship, we asked, “Who is the MXGP title favorite in 2015?” A simple enough question, right? Well, as you can see below we left off one guy that would leave quite the mark on the season: the actual 2015 MXGP World Champion Romain Febvre. This is one of the main reasons preseason predictions are so hard…. NO ONE thought Febvre would take down Antonio Cairoli, Ryan Villopoto, Clement Desalle, Gautier Paulin, and Jeremy Van Horebeek among others in his rookie year.

Check out the results below.

Well, we’ll never know, but perhaps Fevbre got that half of a percent from the Other category? On a 0–5 scale, we give ourselves a -461 for not even putting Febrve on the list. But, really, did anyone see this coming?

With that in mind, let’s look back at some other poll results from throughout the season that stood out. These are our questions and your votes. To see how well you did, we even decided to rank the accuracy of your predictions on a 0 – 5 scale. Here we go!

Which Factory 450SX rookie will have the best season?

This was a big year for riders making the jump to the 450 Class. Past 250 champions Dean Wilson, Blake Baggett, and Jason Anderson, along with Cole Seely, all landed factory deals for the season.

If we we’re to look at the entire body of work for each rookie, Blake Baggett would have edged out the other rookies due to his outdoor season and finishing third in combined SX/MX points. But, this question was just in regards to Monster Energy Supercross. Seely finished third in points (behind two guys named Dungey and Tomac) and was the only rookie to win a round (Houston). He also had four more additional podiums. Baggett and Anderson both landed on the podium, but Seely’s incredible rookie season can’t be overlooked. Wilson was limited to just three rounds due to a torn ACL and MCL.

Verdict: 4/5 – Pretty good job with the voting here, people. This was a tough one to predict prior to the season. Seely just edged Anderson in voting keeping it from a 5 out of 5.

What are your expectations for Justin Barcia in SX 2015?

Coming off an injury-riddled 2014 season, no one was exactly sure how Barcia would do in his first professional season not on a Honda.

Verdict: 2/5 – This should be more of an incomplete, as Barcia missed eight rounds with injury and entered the season behind the eight-ball due to ankle surgery and an injury in European Supercross. Like we said, injuries are the hardest thing to predict in the pre-season.

Which Honda rider will have the best 450SX season?

Trey Canard was coming off an impressive performance in the Monster Energy Cup, while Tomac was expected to breakout in his second year in the class. Both garnered multiple wins and podiums, but injury relegated Canard to just eleven of seventeen rounds.

Verdict: 4/5 – This would have been a barnburner if Canard had not gone out with injury. He was ahead of Tomac in points at the time.

Which Kawasaki rider will have the best 450SX season?

Year one post Ryan Villopoto was a struggle for Kawasaki. Davi Millsaps came into the year with good hype thanks to an impressive win at the Monster Energy Cup, so he romped in the voting. But he struggled with illness before being dismissed from the team. Chad Reed didn’t quite have the season he wanted, but he was consistent, had a win, and finished fourth in points.

Who will win the 2015 Monster Energy Supercross Championship?

Who is the favorite to win the 250SX East Region?

Yamalube/Star Racing Yamaha’s Jeremy Martin and Red Bull KTM’s Marvin Musquin were so close throughout the entire 2015 Lucas Oil Pro Motocross Championship that we couldn’t resist going to the well multiple times to ask who would win the 2015 250MX championship. Prior to the season, the results were quite surprising, as Martin, the defending champion, received just 19.9 percent of the votes—well behind Musquin and just behind teammate Cooper Webb. Did people think 2014 was a fluke or put too much stock into the supercross championships of Webb and Musquin? Either way, less than 20 percent was a surprise.

Who is the early favorite to win 250MX? (before season)

Verdict: 0/5 – Not much respect for the defending champion.

Which rider will win the 250MX Championship (June 29)

Verdict: 3/5 – After Budds Creek we revisited the question, and the tide had started turned in the favor of Martin. Despite trailing Musquin by 10 points at the time of the question, Martin received 45.8 percent of votes.

One last time: Who is going to win the 250 Class Championship? (Before final round)

Verdict: 4/5 – Over the last two rounds, we asked the same question, and the results kept tipping toward Martin. We’re guessing Martin’s impressive come-from-behind Utah performance tipped the scales a little before the final round.

Who is the early favorite to win 450MX?

Vedict: 5/5 – We totally redeemed ourselves from supercross.

Who will be the next rider to win his first pro national? (June 1)

Verdict: 1/5 – If not for a shoulder injury suffered shortly after we asked this question, it may have in fact been Cianciarulo earning his first outdoor win. He led a bunch and finished second in his last moto of the summer, at Budds Creek in June. Instead, we had to wait until early August when Joey Savatgy claimed his first career professional win with a 2-2 performance at Unadilla.

Who will finish the season ranked higher? (July 2)

Verdict: 2/5 – This was after Barcia won at Budds Creek, but before his second win at RedBud, and just two weeks removed from Roczen’s win at High Point. Proof that you’re only as good as your last race.