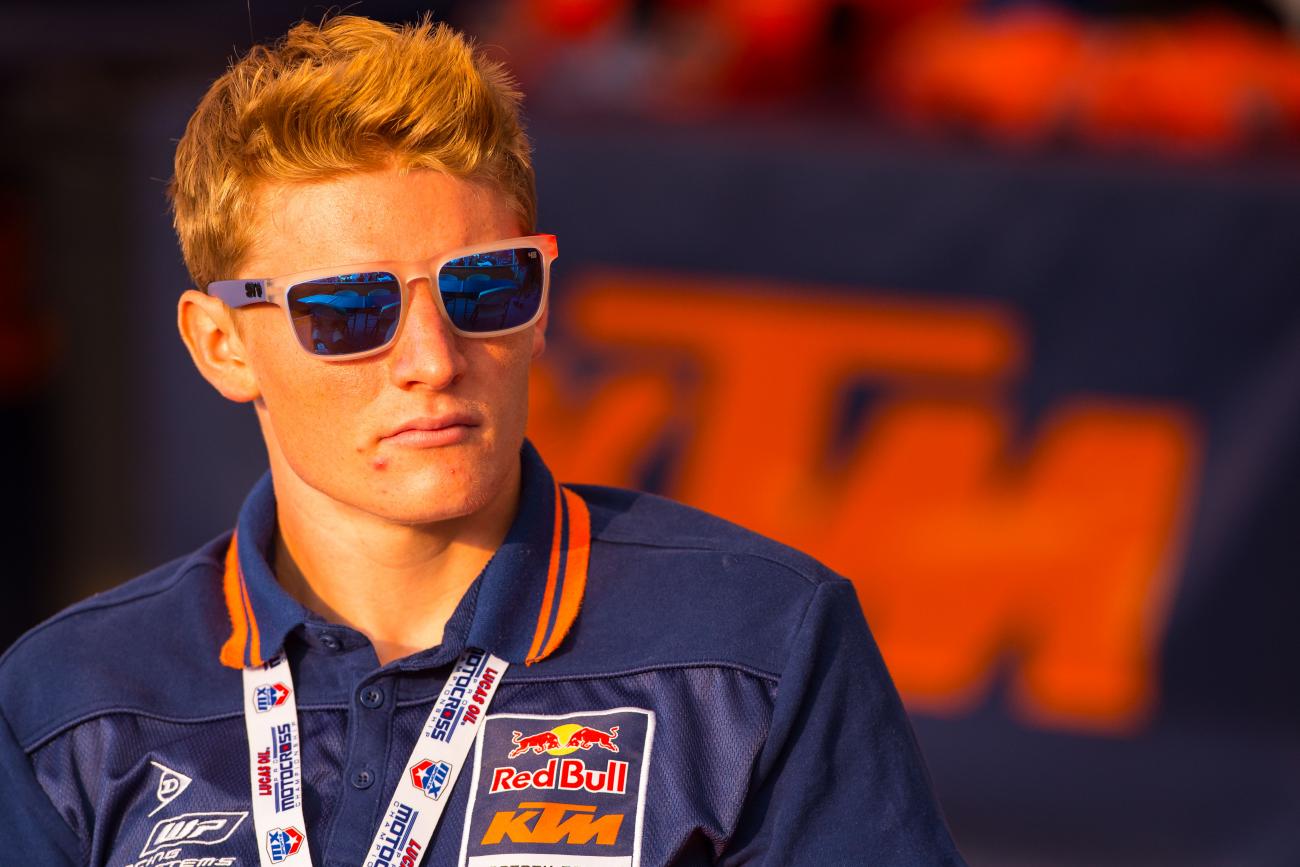 Jimmy Albertson – Leg
Comment: Albertson underwent surgery on both shoulders earlier this year. He was hoping to return for the final round in Indiana but broke his lower leg in early July. He’s out for the finale.

Justin Brayton – Concussion
Comment: Brayton will miss Indiana but should be back for the Monster Energy Cup.

Adam Enticknap – Wrist
Comment: Enticknap broke his wrist in Santa Clara and is out for Indiana.

Wil Hahn – Ribs
Comment: Hahn injured himself practicing and is out for the finale.

Fredrik Noren – Knuckle
Comment: Noren broke one of his right knuckles in Utah and is out for Indiana.

Josh Hill - Collarbone, Ribs, and Lung
Comment: Hill is out for the season recovering from a crash in supercross.

Chad Reed – Shoulder
Comment: Reed’s out for the Indiana after undergoing shoulder surgery. He is expected to return at the Monster Energy Cup.

Eli Tomac – Shoulder
Comment: Tomac is out for the season after undergoing surgery to repair damage caused by dislocating his right shoulder and tearing his left rotator cuff in Colorado.

Jake Weimer – Humerus, Lung, Throat, and Concussion
Comment: Weimer is out for the finale with a broken right humerus, collapsed left lung, concussion, fractured Adam’s apple, bruised vocal chords, and split chin suffered during supercross. Earlier this week, Weimer wrote on Instagram: "Doc told me today to get on my mountain bike and start feeling out my arm and to plan on riding September 1st. I'm ready to go and can't wait."

Benny Bloss – Concussion
Comment: Bloss was slated to make his pro debut at Unadilla but sustained a concussion while practicing. He’ll debut this weekend in Indiana.

Zach Bell – Head
Comment: Bell underwent an MRI and CT scan and doctors found out he had “blood around the brain” and a “pretty big size hematoma on the brain.” Doctors told Bell the expected recovery time is seven months to a year.

Tyler Bowers – Back
Comment: Bowers is out for the season after undergoing surgery to fix two compressed discs and a displacement of the L5 vertebrae.

Adam Cianciarulo – Shoulder
Comment: Cianciarulo is out for the season after suffering a partially torn labrum before the RedBud National.

Darryn Durham – Wrist
Comment: Durham bent a screw in his wrist at A1. He won’t be racing in Indiana.

Justin Hill – Finger
Comment: Hill suffered a compound fracture in his finger in Utah. He’s out for the finale.

Kyle Peters – Banged Up
Comment: Peters had a big crash in practice that caused him to miss the Utah National. He plans on making it back for Indiana.

Luke Renzland – Shoulder
Comment: Renzland crashed in the first moto in Utah and dislocated his shoulder. He’s out for the last race.

Jackson Richardson – Hand
Comment: Richardson broke his hand in a practice incident. He is back on the bike but won’t race this weekend.

Arnaud Tonus – Illness
Comment: Tonus’ illness that kept him off the bike all summer flared up again and prevented him from racing Unadilla, despite qualifying. He missed Utah and will not be racing in Indiana.