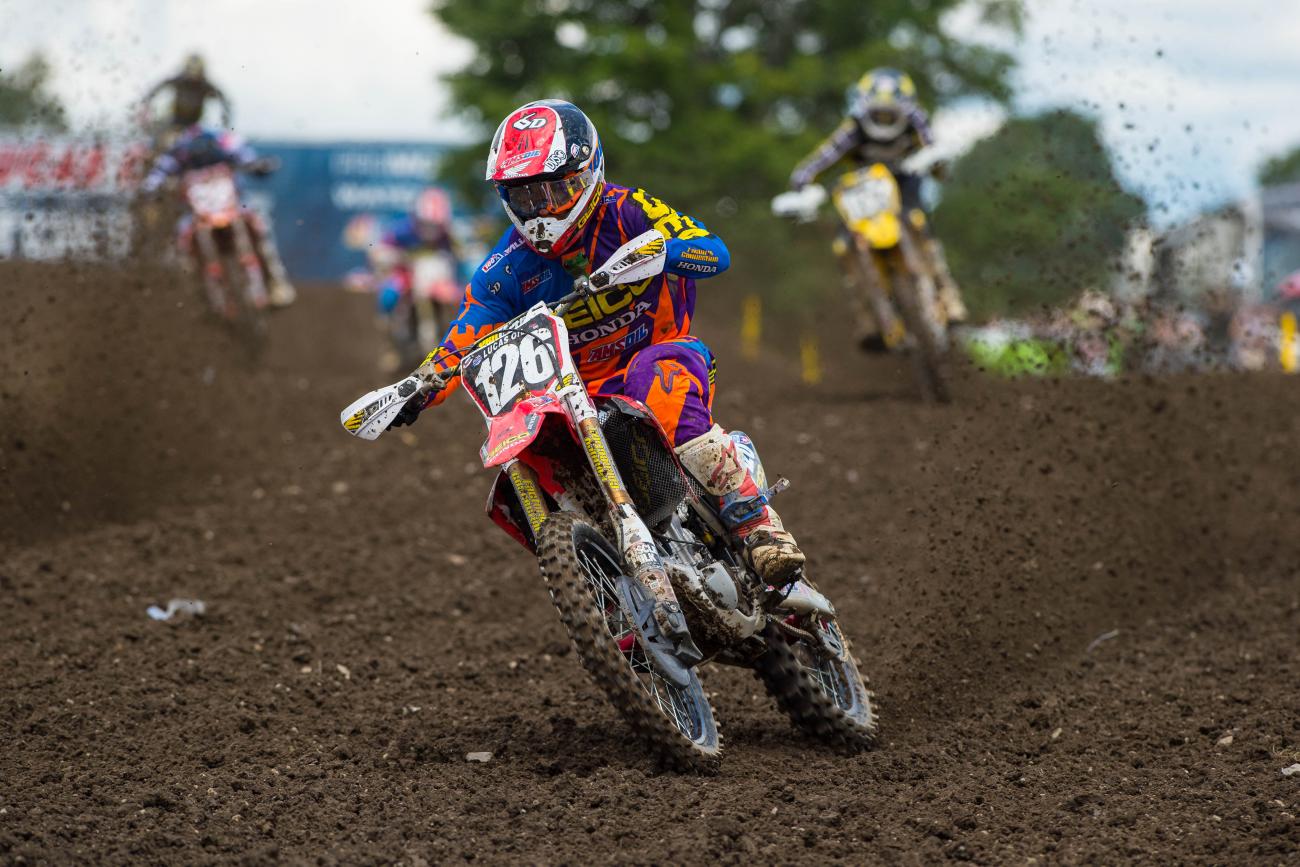 Think it's too late to join in on the fun? Nope. We have new comps weekly. New prizes are available every week, and this week, Scott will be awarding prizes (see below) to the top three in both the 450 and 250 classes. It costs a mere $4 to be eligible for weekly prizes, so get on it!

This late in the year, every pick matters. Nailing the overall winner (50 points) and missing it by a position (22 points) is critical with two rounds remaining. As you reach the backend of the top twenty, it becomes more of a crapshoot than an exact science. With just two rounds left in league play, let’s look some contenders for the top ten and where they may slot in.

Ryan Dungey
If you have to ask why, you shouldn’t be playing.

Justin Barcia
Since Budds Creek, Barica has finished third or better in every moto except moto two at Unadilla.

Ken Roczen
While his title defense didn’t go according to planned, Roczen is still a relative lock in fantasy, and he showed last weekend that he hasn’t given up on the season.

Trey Canard
Last week, I said Canard should be a top-five pick despite his results at Washougal. The reason: Canard typically waits until he can contend before he returns. And he did at Unadilla with an overall podium. Utah won’t be any different.

Christophe Pourcel
For as well as CP has been riding, I don’t think this track suits his style as much as Washougal and Unadilla did. Still, I don’t think you can leave him outside the top five.

Jason Anderson
Anderson has been riding sooooooo well, but can’t seem to catch a break. The tide has to turn at some point, and I think it does this weekend.

Broc Tickle
Tickle is pretty much guaranteed to finish between 5-8. In twenty motos this season, he has finished 5-8 thirteen times.

Weston Peick
Peick has also had his share of bad luck this season, but his results still warrant a top-ten position. Over the last eight motos, he has four top-six moto finishes.

Fredrik Noren
The Swede is having another sneaky good season. While he’s struggled to break down the door of the top five, top ten is pretty much a lock.

Blake Baggett
Baggett has been super-solid all season and could be a contender for the top five. I like him 7-10, but don’t be scared to move him up if he shines in practice.

Josh Grant
Since his return, Grant has four top-ten moto finishes over the last six, with his worst finish eleventh (twice).

Jeremy Martin
Since RedBud, Martin has just two motos where he’s been outside the top three.

Cooper Webb
Throw out last week and since his return, Webb has five top-three moto finishes over the last eight.

Joey Savatgy
He’s been a little up and down as of late (four motos finishes outside the top ten over the last eight), but he has momentum and a boatload of confidence following a career first overall at Unadilla.

Christian Craig
As solid as they come. Aside from Spring Creek, he has finished in the top ten in every moto since High Point.

Alex Martin
Since High Point he has just two motos where he's finished outside the top ten.

Aaron Plessinger
Has really stuck fire down the stretch. He has three top-five finishes over the last four motos and leads all rookies with fifteen top-ten moto finishes.

Jessy Nelson
Has bounced back with four straight motos finishes inside the top ten following a mid-season slump.

Shane McElrath
Has been under the radar as of late. Since the second moto at Spring Creek, McElrath has four top-ten moto finishes.

Matt Bisceglia
Has been inconsistent, but certainly has the speed to finish inside the top ten.

RJ Hampshire
Really showed another level at Unadilla. He couldn’t hang on to the finish, but the speed is there.

Chris Alldredge
Although he’s been very sporadic, he is second amongst rookies with eleven top-ten moto finishes.

BACK FOR A SECOND TIME AROUND

I don’t put much stock into the first race back. I like to give riders a week or two to catch up physically before making rash judgment calls. But, with only two rounds remaining, Dean Wilson and Justin Bogle (who both returned at Unadilla) could have major impacts on fantasy this weekend.

Wilson was super consistent at Unadilla (11-10 for tenth overall) despite admitting that his fitness wasn’t quite up to par in his first race since January. That’s expected, especially returning at such a physically demanding track such as Unadilla. Utah should be much easier, but I think Wilson slips back just a tad to outside the top ten.

Prediction: Twelfth. Look, if you want to slot Wilson inside the top ten, I don’t think it’s a terrible idea. He certainly has the speed. I just think spotting a talented field this much time is a lot to overcome. Furthermore, Pourcel, Anderson, and Noren finished behind him last week—I don’t think that happens again.

Boy, Bogle showed some speed and tenacity at ‘Dilla, didn’t he? Yes, he did drop anchor in the first moto and slip back to tenth, but he showed he can run with the big boys. As we mentioned above, Utah should be much easier than Unadilla, which will help.

Prediction: Eleventh. I think he just edges out Wilson but can’t crack the top ten. Again, too much talent for him to overcome after such a long layoff.

Trey Canard
Canard finds the podium again in just his third race back.

Jeremy Martin
Martin just edges out Musquin for the overall and keeps his points lead heading into the finale.

Race X League Standings (After Round 10)

We will be giving away weekly and grand prizes for Fantasy Motocross. Weekly prizes will vary, with Scott giving away some great stuff this week. We are also pleased to announce our Grand Prizes. Thanks to all our great sponsors: Scott, Never Summer, Bell, EVS, TCX, Renthal, Fugoo, Leatt, and Alpinestars.