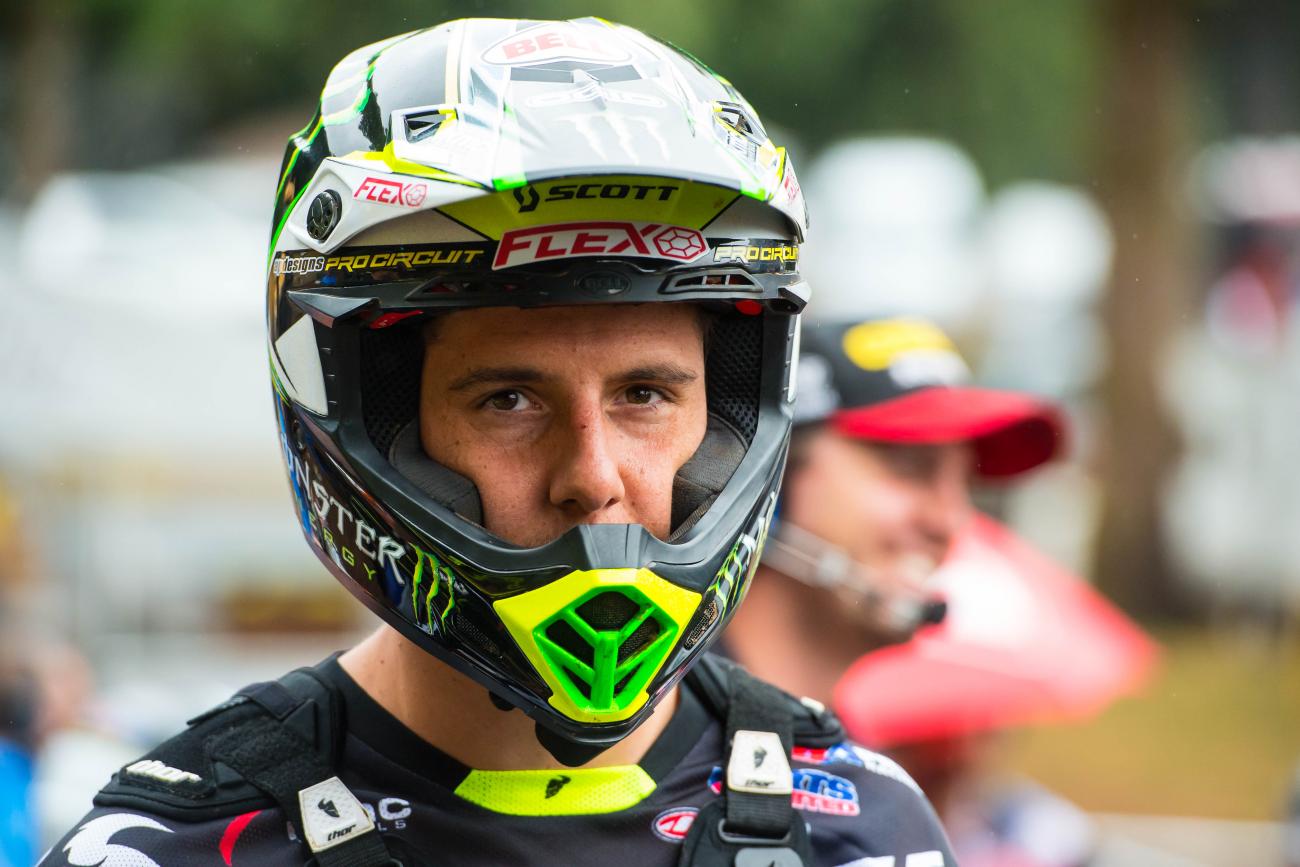 Jimmy Albertson – Leg
Comment: Albertson underwent surgery on both shoulders earlier this year. He was hoping to return for the final round in Indiana but broke his lower leg in early July. He’s out for the season.

Justin Brayton – Concussion
Comment: Brayton will miss the final two rounds of Lucas Oil Pro Motocross due to symptoms stemming from a mild concussion suffered at Spring Creek. He’ll be back at the Monster Energy Cup.

Adam Enticknap – Wrist
Comment: Enticknap broke his wrist in Santa Clara and is out for the season.

Wil Hahn – Ribs
Comment: Hahn injured himself practicing and is out for the final two rounds.

Josh Hill - Collarbone, Ribs, and Lung
Comment: Hill is out for the season recovering from a crash in supercross.

Chad Reed – Shoulder
Comment: Reed’s out for the season after undergoing shoulder surgery.

Cole Seely – Shoulder
Comment: Seely underwent surgery for a shoulder injury sustained at Spring Creek. He’s out for the season.

Eli Tomac – Shoulder
Comment: Tomac is out for the season after undergoing surgery to repair damage caused by dislocating his right shoulder and tearing his left rotator cuff in Colorado.

Jake Weimer – Humerus, Lung, Throat, and Concussion
Comment: Weimer will miss the rest of the season with a broken right humerus, collapsed left lung, concussion, fractured Adam’s apple, bruised vocal chords, and split chin suffered during supercross. Weimer posted an update on Instagram this week saying he hopes to be back on the bike soon: “I have to get a CT scan tomorrow just to make sure my arm is ready to ride. I'll have results Monday so for now this is my riding. We will see what I learn on Monday but regardless im close to being able to ride a motorcycle. Maybe be able to ride Tuesday or worst case 2/3 more weeks is what I was told.”

Benny Bloss – Concussion
Comment: Bloss was slated to make his pro debut at Unadilla but sustained a concussion while practicing. He’ll miss Utah as well but is expected to race Indiana.

Zach Bell – Head
Comment: Bell underwent an MRI and CT scan and doctors found out he had “blood around the brain” and a “pretty big size hematoma on the brain.” Doctors told Bell the expected recovery time is seven months to a year.

Tyler Bowers – Back
Comment: Bowers is out for the season after undergoing surgery to fix two compressed discs and a displacement of the L5 vertebrae.

Adam Cianciarulo – Shoulder
Comment: Cianciarulo is out for the season after suffering a partially torn labrum before the RedBud National.

Darryn Durham – Wrist
Comment: Durham bent a screw in his wrist at A1. He’ll miss the final two rounds.

Jackson Richardson – Hand
Comment: Richardson broke his hand in a practice incident but is back on the bike.

Arnaud Tonus – Illness
Comment: Tonus’ illness that kept him off the bike all summer flared up again and prevented him from racing Unadilla, despite qualifying. He’ll miss Utah as well.