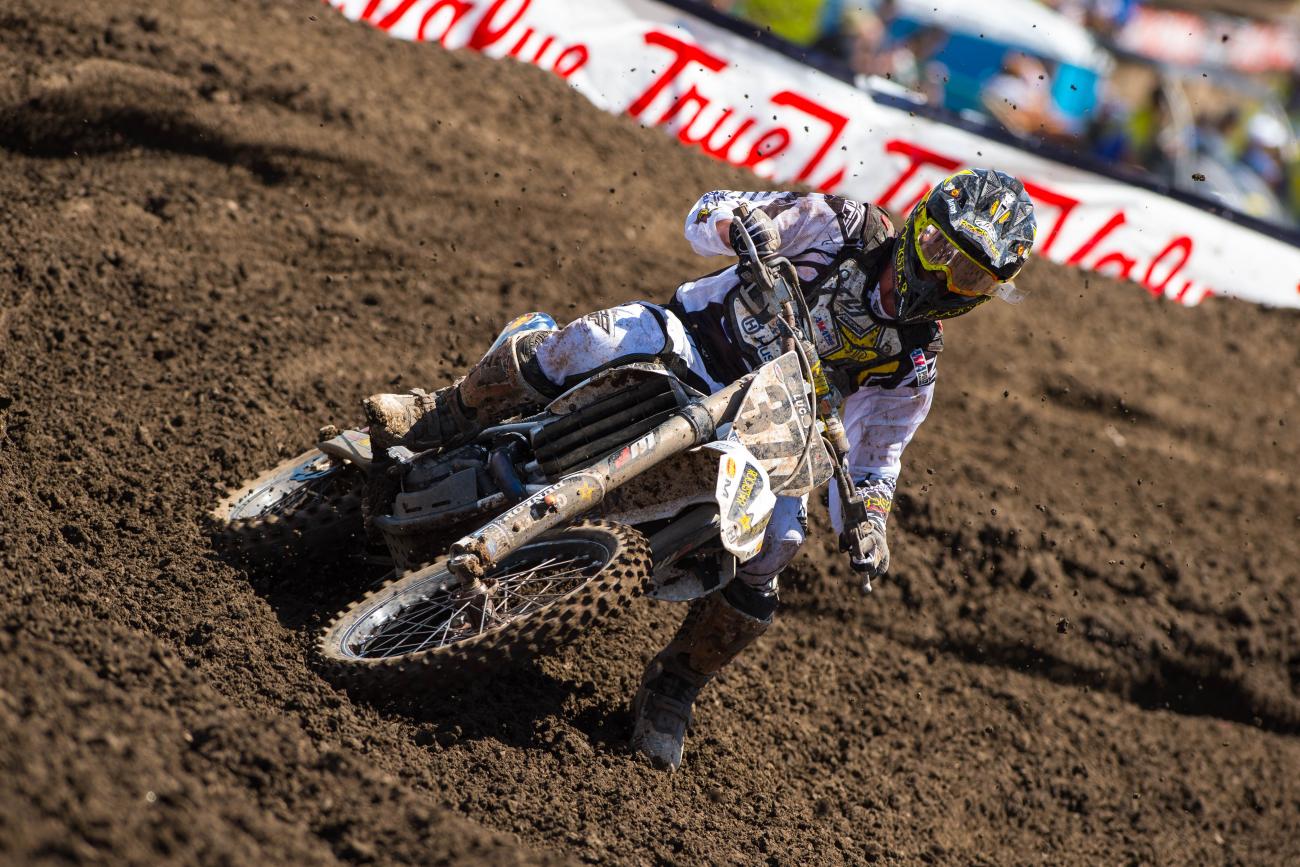 The Utah National, held at Miller Motorsports Park, is in its third year on the tour. The first year saw some rough weather conditions flare up, but the weather has steadily improved since, providing better conditions. With any new track, there are going to be growing pains and learning moments along the way. The dirt was much better last year and the maintenance seemed to be more thorough. Keep in mind, this wasn’t a racetrack that had been raced on for years and had all of the kinks ironed out. This was a track built for the national, leaving plenty of question marks as to how it would respond to triple-digit temperatures and elite-level racers on it. Last year, I heard from the riders that it was much better than the year before, which bodes well for this weekend.

The track itself is fairly basic on paper. It was built on a lakebed, which made creating elevation a big task. Using excavators and bulldozers, Marc Peters was able to build somewhat of a mountain. Utilized on the start and nearby sections, moving that massive amount of dirt had to be a painstaking undertaking. There are a lot of fast sections on the Utah track and a lot of straight-line areas. The track maintenance crews did a better job in 2014 with softening the dirt, so I look for that to continue this year. Softer dirt with more ruts tends to slow the track down, which is a good thing.

In the 450 Class, Ryan Dungey has this baby all but swaddled. With a 79-point lead, he should clinch the championship on Saturday and cruise his way into the Midwest next weekend as the 2015 450 Lucas Oil Pro Motocross Champion. None of the riders seem to have a huge advantage at this round, although Trey Canard did win his first-ever 450 overall here last season. Making his return to the forefront, look for Canard to be more of a factor on Saturday. With Justin Barcia trying to rebound after a tough second moto in Unadilla, Ken Roczen having his best moto in a month or two, Christophe Pourcel’s recent podium presence, and Canard’s steady improvements, this weekend should be completely up for grabs.

The 250 Class is where all of the drama lies at the moment. Jeremy Martin and Marvin Musquin are locked in a dead heat battle for this championship. With only 2 points separating them, the intensity will climb even higher as the series reaches its end. Martin was great at Utah last year, so look for him to have confidence this weekend. Marvin has looked much better as of late, as his wrist injury seems to be coming around more and more. Both are poised and ready to win this title.

The real wild card here is Cooper Webb. A late start to the series, Webb has rocketed back into the fray with moto wins and incredible tenacity. His rivalry with Musquin is the biggest story line in the sport right now, and how that affects the final four motos will be very intriguing. Webb’s teammate is Jeremy Martin, of course, and that couldn’t be any worse for Musquin. Martin will be hard enough to beat, let alone with a teammate that is fast, pissed off, and looking for a way to ruin your day. While Martin and Webb aren’t exactly best friends, I have no doubt that he would rather see Ayatollah Khamenei (google it, kids) win this title than Musquin. How the Webb/Martin/Musquin love triangle plays out is what I’m looking forward to most.

Ryan Dungey is listed on Zillow under this category. The guy is simply on fire this year and is about to earn his second championship of the season. The only question about Dungey’s entire season would be how and if he could have matched Eli Tomac’s pace.

Christophe Pourcel had a rough first moto, but he’s been pretty solid lately. He was the fastest qualifier at Unadilla and has two third-place finishes in the last four motos. His arguably best two tracks are behind us, so it will be interesting to see if he can continue this high level moving into the last two rounds.

Trey Canard is slowly climbing back to his old self. He won last year in Utah, so look for the climb to continue. I think he will be in contention to win one of the motos this weekend.

Phil Nicoletti has had a couple of rough weekends. Phil is harder on himself than anyone else ever could be. He tries hard, though, and will bounce back sooner rather than later.

Justin Hill has had a rough summer. Things were looking up after Glen Helen’s breakout performance, but since his practice crash at Lakewood, it just hasn’t worked. His 14-14 finishes at Unadilla are not indicative of what he is capable of.

Justin Brayton hasn’t been quite the same since his hitting his head at Millville. Normally rock solid, he has struggled to find his form and isn’t himself out there. He has another year on the BTOSports.com KTM to sort things out and surely will be looking towards Monster Cup for redemption.

Jeremy Martin wins the overall. He enters the last round with the points lead intact.

Cooper Webb goes full Rambo mode and shows up with blood painted onto his face. The cops are called at Denny’s on Saturday morning when he eats his breakfast off the blade of a survival knife, but is released in time for practice. Colonel Gareth Swanepoel is able smooth things over but also informs the waitresses that they are lucky to be alive.

Trey Canard gets his second podium overall in as many weeks.

Weston Peick sets up an application booth on vendor row for possible sister-wives.

Justin Hill gets back inside the top ten overall.