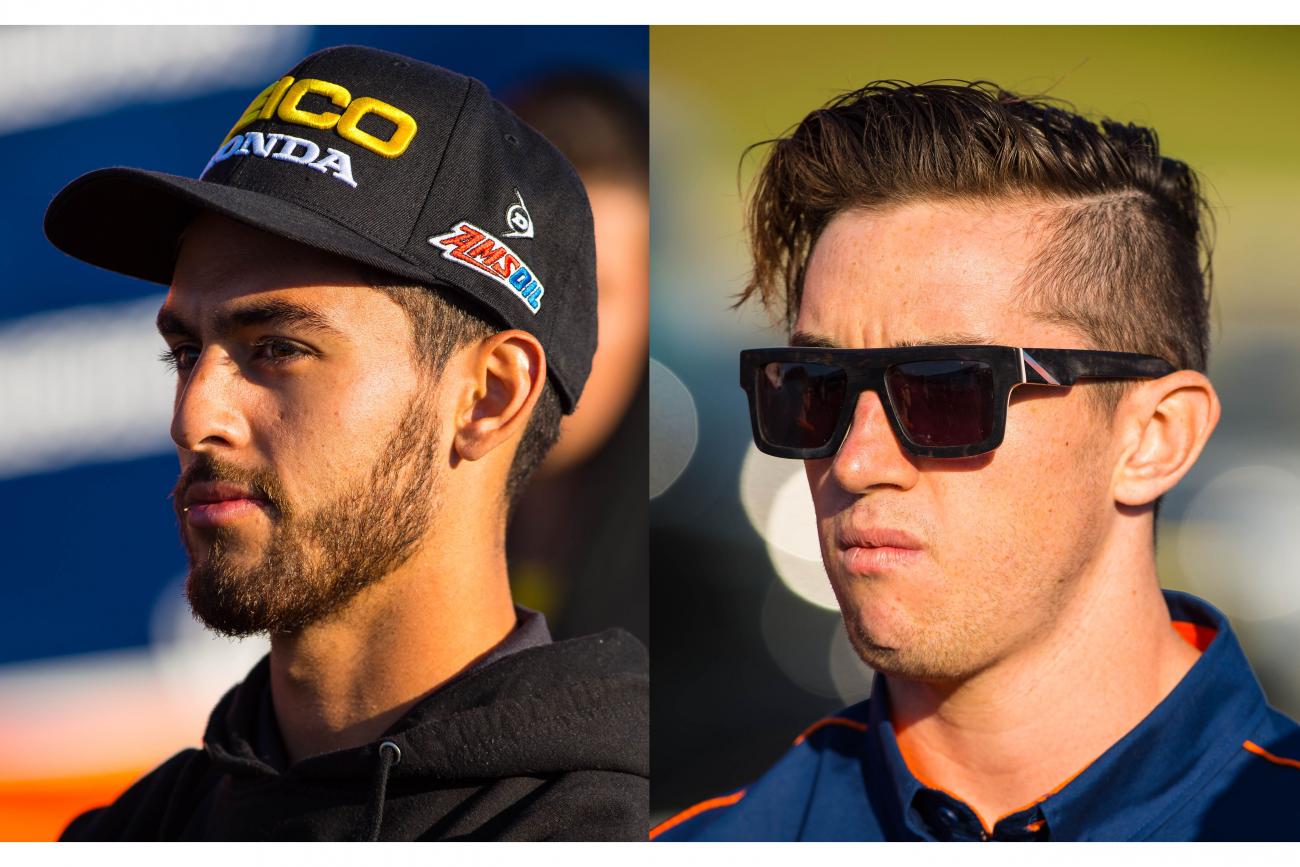 Breakdown The Boys Are Back in Town

This weekend marked the return of two young stars in the sport. Both riders have had similar paths in their pro careers, albeit while riding for rival teams. Justin Bogle and Dean Wilson represent a big part of the “next” generation for the 450 Class. Both having 250 championships on their mantle, the move to the 450 was inevitable, as they have risen in age and experience. Let’s take a look at how they both fared.

Justin Bogle injured himself at the first race of the season in Rancho Cordova, California. He was involved in a crash with Jessy Nelson. For a rider looking to be a title contender, it was a heavy blow. He has been recovering and rebuilding in anticipation for the return at Unadilla.

Bogle’s move to the 450 was a bit of a surprise, but with his mandatory graduation after this season, it made sense. This move was reminiscent of Justin Barcia in 2013, when Bam Bam made the same jump at Unadilla. As Bogle jumped out to great starts in both motos, I was anxious to see if he could match Barcia’s stellar results right out of the box. Unfortunately for Bogle, his time off the bike caught up to him, but he did show some impressive speed before things went haywire.

That speed was really the key for Bogle’s return in my mind. He needed to get out with the elite riders and show he has the goods. He is fighting for a top-level job in 2016, and riding like that is really the only way to lock one down. Teams want speed and lots of it. They can work with the rust and rough edges, and realistically, part of his problem at Unadilla was fitness, and that was just a result of his layoff due to injury. He’ll be fitter next year. The talent and ability to ride that incredible pace is what can’t be taught. For a rider that had never raced a 450 at a pro event, he wasn’t intimidated and looked to fit right in with the boys. Even though his results might look bad, his riding was enough to turn heads.

For Dean Wilson, it was a long road back… Again. Dean has suffered injury after injury in recent years. Such a likable lad, things have been rough and tumble since the shoulder injury at Seattle Supercross in 2012. Multiple shoulder surgeries, knee surgeries, and even a surgery to cure carpal tunnel have all played a hand in his fight to get back to the gate. After signing with KTM for the 2015 and 2016 seasons, Dean only made it to the third round before this last knee injury sidelined him. He has spent the past six months rehabilitating and putting in the practice laps, with the culmination of that coming this past weekend in Unadilla.

For Dean, I was just hoping things went smoothly. I know he has the ability to go fast and his talent hasn’t magically disappeared. He just hasn’t raced very much recently, and I was hoping he could just get through the weekend without any setbacks.

Top-level racing is like building a Lego house. There are a million little steppingstones and building blocks to piece together before things take shape. For a rider like Ryan Dungey, he has been stacking pieces for a continuous timeframe. It looks like just a walk in the park for a guy like Dunge because he has such a solid base to work from. Deano, on the other hand, has had his Lego house stomped on time and time again. He has had to rebuild from nothing, and each time the climb gets tougher and the level gets a little higher. Dean needs to just keep stacking those Lego’s; consistency leads to elite levels of fitness, speed, and, of course, results.

Unadilla was a solid day of stacking those building blocks to success. Sure, he wasn’t racing for the win—no one expected that—but he did put himself solidly inside the top ten in his first 450 outdoor race this year, coming off a six-month injury. His day isn’t going to make the ticker on NBC Sports, but this day is what leads to better days. He needs races like that to get back to the races he dreams about. One lap at a time, one moto at a time; building blocks and Lego houses.

For both of these riders, this was just a glimpse of what they are capable of. They have elite level talent, as we have seen from them on 250s. Making the jump to the 450 is always a precarious one, as the bikes are less forgiving and the field is the best of the best. The 450 Class in today’s era is nothing short of an all-star cast. Every 250 rider who won races or enjoyed success has moved into this 450 Class, making it a who’s who of American racing. Take a look down the roster when the field is healthy and try to find a weak spot. It can’t be done. So, for these two 450 rookies to jump right in mid-season and battle inside the top ten, I say kudos. They aren’t dealing with a bunch of slouches. This is the big show and both of them look poised to put on strong performances for years to come.