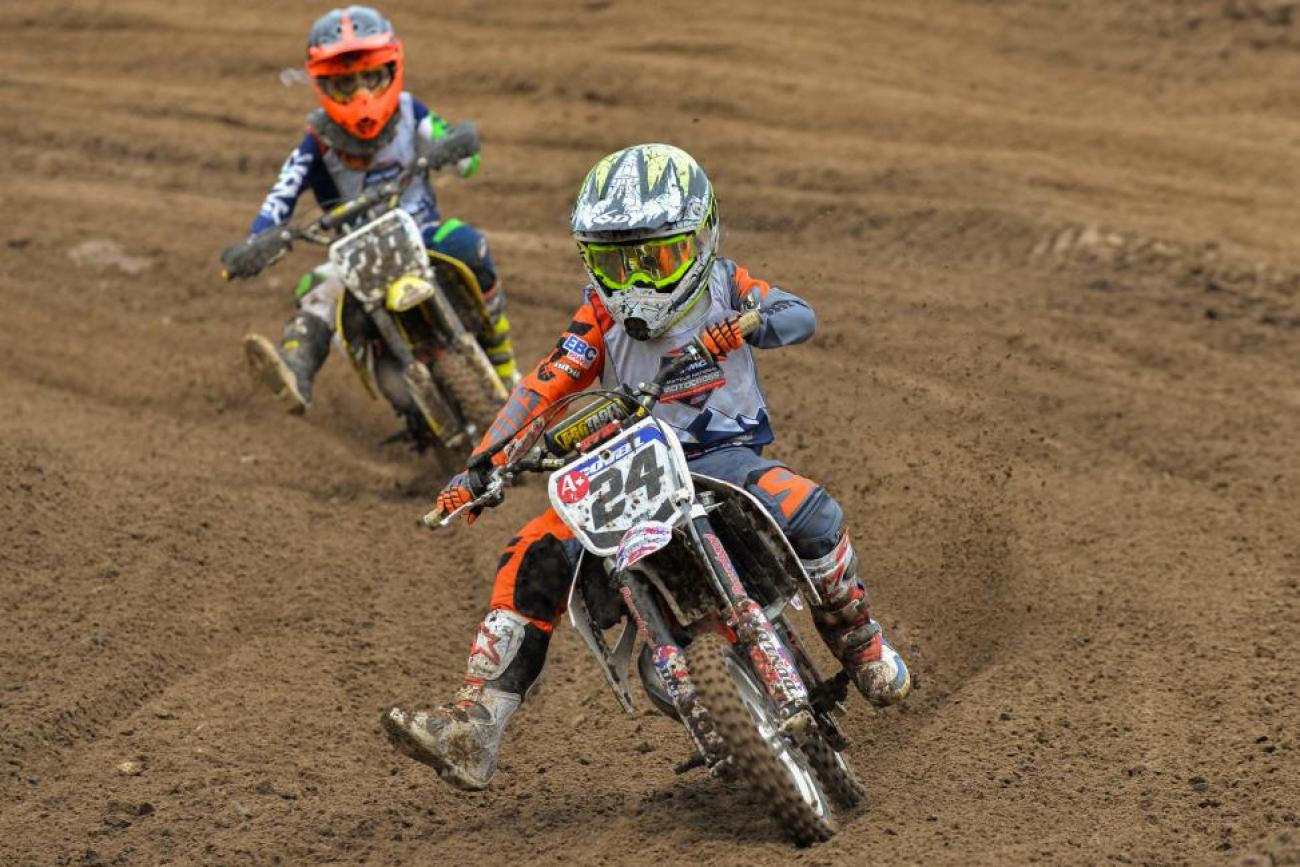 Hurricane Mills, Tenn. - The 2015 Rocky Mountain ATV/MC AMA Amateur National Motocross Championship, presented by AMSOIL, hosted the second day of racing at the historic Loretta Lynn Ranch. Prior to scheduled events, the track endured substantial rainfall from the night before and the track crew worked diligently throughout the day to maintain the legendary Loretta Lynn's race facility.

By the time the 450A division made their way to the starting gate the track had shaped up to make for great competition. It would be Bradley Taft claiming the Bell Holeshot Award, but Honda's Tristan Charboneau would quickly take over and lead the pack. Charboneau maintained a consistent lead throughout the entire moto, followed by Bradley Taft and Darian Sanayei.

The 450B class took their first gate drop today with Austin Toskov claiming bragging rights in the first turn, but Jon Ames rapidly took the lead position. Richard Jackson makes the moves and found himself in second place, but Brandon Hartranft sat back in third and capitalized on small mistakes made by Jackson. Ames crossed the finish line fifteen seconds ahead of Hartranft and Jackson rounded out the podium.

The future stars of motocross made their first appearance at the 2015 national in the 51cc classes with Haiden Deegan taking KTM to the top of the podium in the 51 (7-8) Limited division, but Casey Cochran charged hard in second attempting to catch up but was unsuccessful and walked away with the next position. Parker Constable and Krystian Janik swapped positions constantly until the last lap when Janik fell back to seventh. In the 51 (4-6) Limited William Canaguier stood on top of the podium, the Special Limited Mason Raynor and the Shaft Drive division was Canyon Richards.

The first set of motos wrapped up today, but the action continued through the start of the second motos, and the athletes in the blank class brought it all to the table. In the Mini Sr. 2 (12-14) Pierce Brown hopped out front early, but Ty Masterpool put up a fight and quickly took the lead. Brown and Masterpool continued swapping first and second positions during the first few laps of the race. Eventually they would settle into their prospective places, but Carson Mumford wasn't ready to give up and he continued to push, but in the end he couldn't pull off the pass for second, and the race eventually ended with Brown in first, Masterpool, and Mumford.

Open Pro Sport partook in round two of the three round race format in the afternoon. Yamaha's Benny Bloss jumped to the front of the pack and never looked back and lead with a huge gap on second place for majority of the second moto. Marshal Weltin continued his podium finishes by hanging in for second place and Mark Worth improved from a fifth place in the first moto to rounding out the podium in third.

The second moto racing action resumes tomorrow, Thursday, July 30 and RacerTV continues with live streaming coverage beginning at 9:30 EST/ 10:30 CDT. Wednesday's achieved coverage is now available on RacerTV.com, to view the racing action from day one please click here. Complete results from the 2015 National Championship can be found here and Live Timing and Scoring can be accessed here.