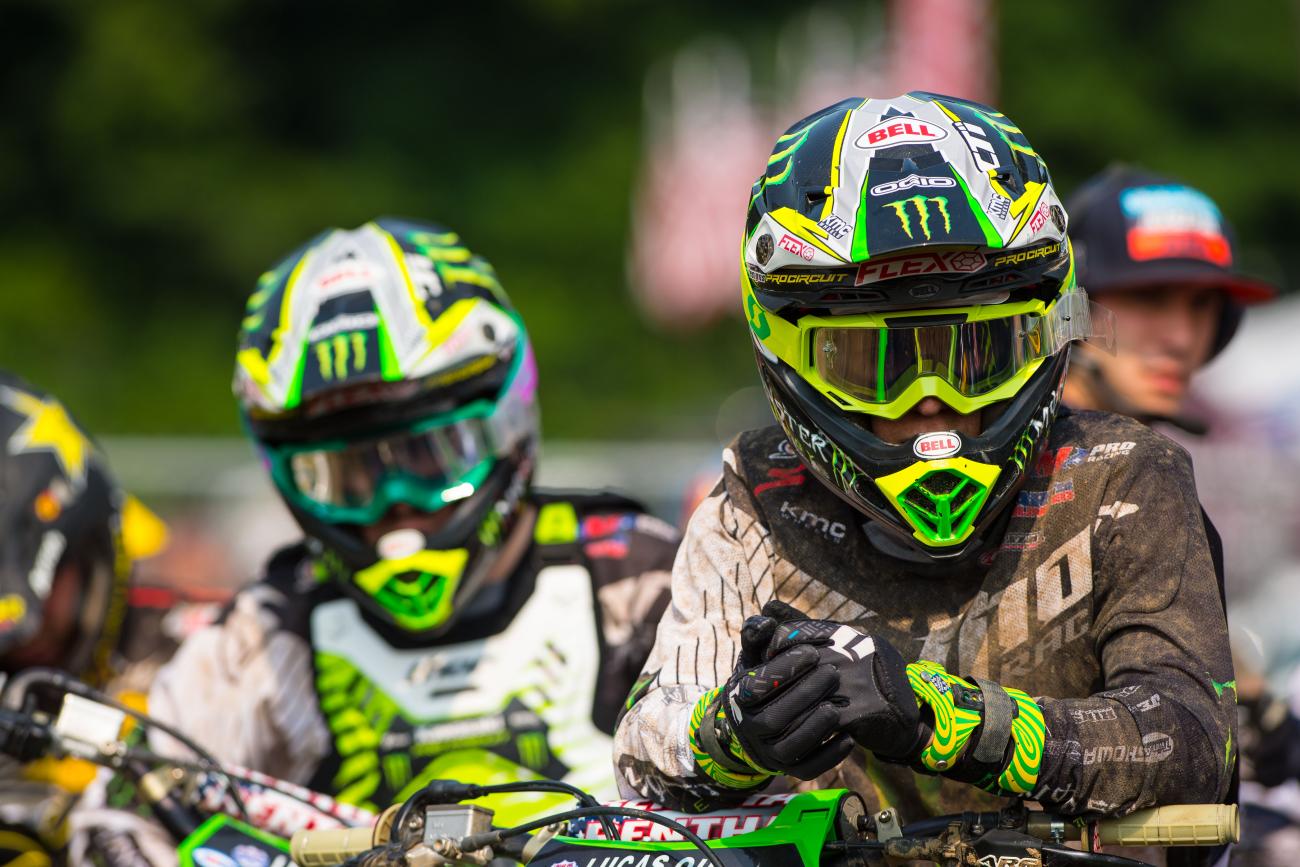 Think it's too late to join in on the fun? Nope. We have new comps weekly. This week, prizes are being provided by Dragon Alliance. Sign up now for a chance to win.

While it seems like RedBud took place a months ago, it was actually less than two weeks. There is a thing called calendars, people. So before we get into this week, let’s take a look back and see who was savvy enough to pick the top three in each class. (In case you forgot: it was Justin Barcia, Ryan Dungey, Ken Roczen in 450MX; Jeremy Martin, Zach Osborne, Cooper Webb in 250MX.)

The first stat that jumps clear off the page is less than 1 percent had Justin Barcia winning, despite taking the overall at Budds Creek a week prior. Furthermore, less that 50 percent of users had him anywhere on the podium. I guess his win in the mud didn't convince a lot of you.

Kudos to the 77 percent that had Jeremy Martin taking the win—you guys are super! :)

Fourty-two percent of all users had Barcia on the podium.

Ninety-eight percent of all users had Dungey on the podium.

Ninety-six percent of all users had Roczen on the podium.

Ninety-seven percent of all users had Martin on the podium.

Nineteen percent of all users had Osborne on the podium.

Fifty-two percent of all users had Webb on the podium.

Below are the stats for the top ten of dynasty points earned for Budds Creek. In short, the more points a rider earned, the more accurate the user base played them.

- Josh Grant is back, replacing the injured Wil Hahn at Monster Energy Kawasaki. Grant raced just two rounds in 2015 before a knee injury and the closure of his team keep him sidelined.

- Andrew Short returns for his first Lucas Oil Pro Motocross race in 2015. We caught up with Shorty earlier this week.

- Cole Seely is also back after missing RedBud with a leg injury.

- Arnaud Tonus was expected to return this weekend, but injured his shoulder further delaying his U.S. outdoor debut.

The Minnesota Boys
I really like a Martin double podium this weekend, with Jeremy taking the win and Alex nudging his way into third. Don’t forget about Mitchell Oldenburg and Zach Williams, also from Minnesota. Oldenburg could be a solid top-ten pick with Williams a solid fifteen to twenty guy.

Marvin Musquin
We won’t really know how Musquin’s wrist injury is affecting his riding until Saturday. Keep an eye on practice and see if he is putting together multiple fast laps, instead of a heater to get a good pick.

Zach Osborne
This guy has been a beast of late, and I don’t think it stops this weekend. It can’t hurt he probably continued to plug away with the Tomacs during the break.

Christian Craig
Another Minnesota guy, kind of. Originally from Southern California, Craig moved to Minnesota not long ago and should excel this weekend. Remember, he led a number of laps at RedBud.

Justin Hill
Hill was decent in his return at RedBud (fourteenth overall), but should improve following a week off.

Josh Grant
It’s unclear where Grant’s fitness is, as he’s been out since Thunder Valley. If anything holds him back, it may be lack of gate time. Proceed with caution until he has a few races under his belt.

Andrew Short
See, Grant, Josh above. Short told us this week he still isn’t 100 percent and is racing his way back into shape. That could be factor this weekend with temperatures expected to be in the low nineties. As with Grant, let him get his feet wet before throwing into the top-five mix.

Tommy Hahn
Tommy is left carrying the Hahn flag with Wil sidelined. He’s been a top-ten fixture of late. Keep him around eight to twelve this weekend.

Gannon Audette
The Minnesota resident, currently residing in Florida, made the long drive to the race this weekend. He told us earlier this week he doesn’t like the sand all that much—"It doesn’t make much sense, I know. Down where I live, in Tallahassee, we don’t have much sand to ride”—so keep that in mind this weekend.

Jesse Wentland
Another Minnesotan—seriously, what do they put in the water up there? Do they just have pro-moto guys growing off trees?—that should do well this weekend. Wentland was solid at RedBud (fifteenth overall); look for it to continue at home.

Race X League Standings (After Round 7)

Ever wonder who has racked up the most prizes and where they are from in fantasy? Wonder no longer. Below are top prize winners and states in Racer X MotoDynasty Fantasy from supercross, motocross and MXGP.