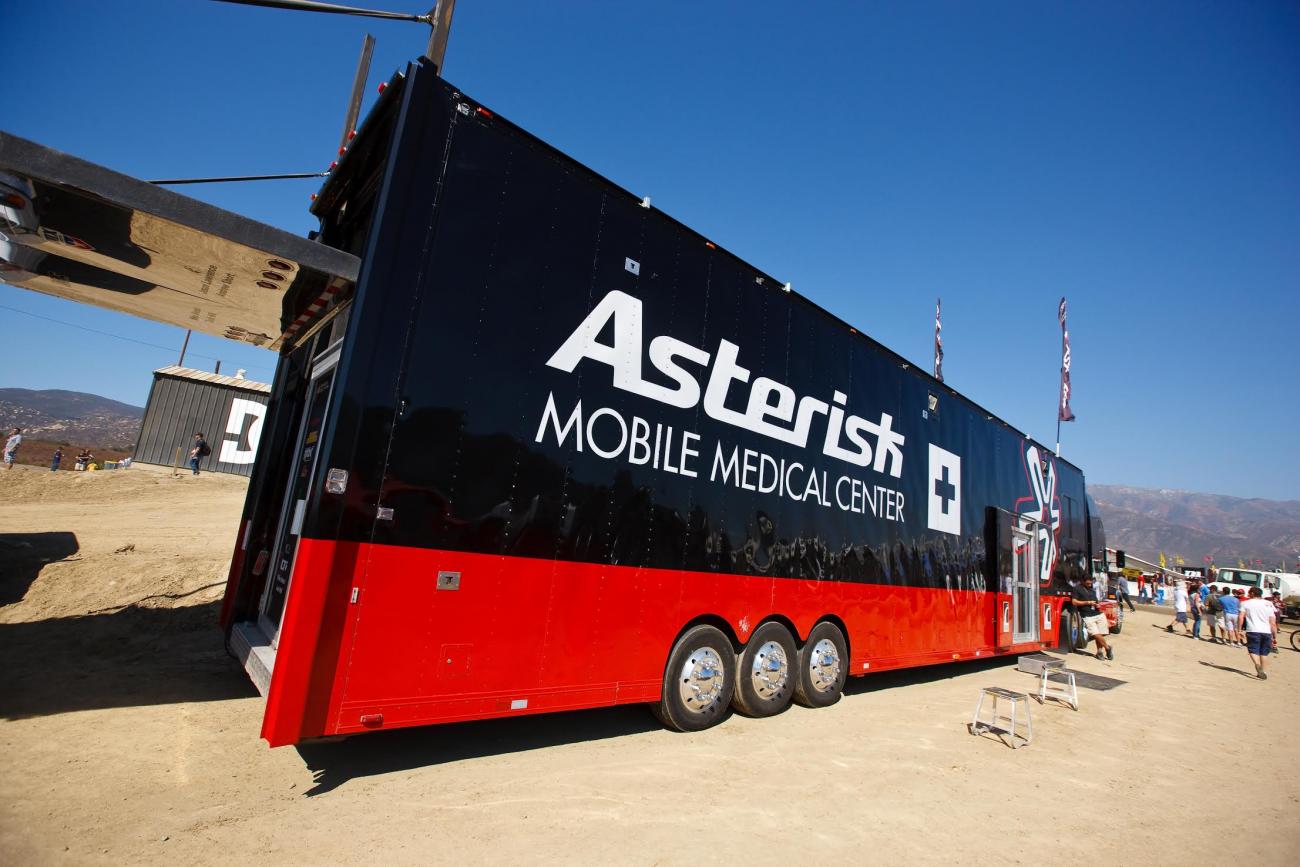 This article originally appeared in the September 2015 edition of Racer X Illustrated. Get it on newsstands at the end of month or subscribe now.

There’s no busier team in the pits these days than the crew at the Asterisk Mobile Medical Center. In what’s been a steady, painful beatdown, one rider after another has found himself on the back of the Asterisk mule, headed to the truck to get checked out after crashing during a race. It began back in January with the start of Monster Energy Supercross and has continued through Lucas Oil Pro Motocross, taking out some of the sport’s best-known names: Trey Canard, Eli Tomac, Chad Reed, Justin Barcia, Andrew Short, Josh Grant, Wil Hahn, Justin Bogle, Jake Weimer, Justin Hill, Justin Brayton, Dean Wilson, Cooper Webb, and more have all been out of action for large parts of 2015.

Other guys are missing for other reasons. James Stewart’s suspension is almost over, Davi Millsaps is getting restarted as a privateer, Ryan Villopoto went to Europe until he got hurt, Mike Alessi is only doing select races now, and Nick Wey retired—but each paid at least one visit to the Asterisk Mobile Medical Center when they were on the circuit.

What exactly is going on has been a constant topic of discussion. Are the tracks too rough? Too smooth? Too fast or too jumpy? Are the bikes too powerful? Are the riders taking too many risks with aggressive moves like scrubbing peaks and turning complicated rhythm sections into giant leaps? It’s hard to pin it on any one thing, because every crash has its own unique circumstances.

This unfortunate trend is not limited to America, either. At the recent Grand Prix of Germany at Teutschenthal, both of the FIM World Championship leaders—MXGP’s Max Nagl and MX2’s Jeffrey Herlings—were knocked out. Nagl fractured his ankle in a Saturday qualifying race, marking the third time the red-plate-holder has crashed out like that—both Tony Cairoli and Clement Desalle went down in races for starting-gate picks, not points. As for Herlings, he tried to scrub a big jump off the start—the same big jump where Eli Tomac crashed at the 2013 Motocross of Nations. Add the big crashes of Ken De Dycker and Alexander Tonkov and you have quite a busy team of paramedics.

Here in the U.S. we’re lucky to have the Asterisk Mobile Medics and primary doctors like John Bodnar, Paul Reiman, and Chris Alexander (not to mention former pro and Asterisk point man Tom Carson) to tend to the riders at every round of each series. But the rig comes with a cost, whether it’s fuel for the truck, plane tickets and motels for the doctors, or supplies and equipment for the nurses and trainers. The OEMs are all aware of the costs, and they truly appreciate the Asterisk medics, who are the first responders to every race-day crash that involves a rider. Each OEM has offered up a 450cc motorcycle for a benefit raffle, and for a single $10 entry, the winner can choose his own prize: Honda, Kawasaki, KTM, Suzuki, Yamaha, or Husqvarna. You can enter online as many times as you like, and the winner will be announced on August 22 at the season-ending Bud Light Ironman National in Indiana.

This program to benefit the Asterisk Mobile Medical Center began last year when American Honda offered a CRF450R, the ensuing raffle bringing in more than $30,000. Now that all six manufacturers are participating, the goal is to double that. It’s nowhere near the overall cost to get the emergency care facility to every race, but it’s a great start. It’s also a unique opportunity for fans to participate in a fundraising raffle and potentially take home a brand new 450 of their choice.

Like I said before, the Asterisk Mobile Medical Center is the busiest rig in the paddock. It’s also the most important one. Without it, we’d be missing even more of these athletes at the races. The Asterisk doctors know the sport and are highly trusted by the riders themselves; they are family doctors of everyone in the pits.

So please, go to www.wina450.com, enter today, and enter often—the Asterisk Mobile doctors, as well as the riders, need your support.