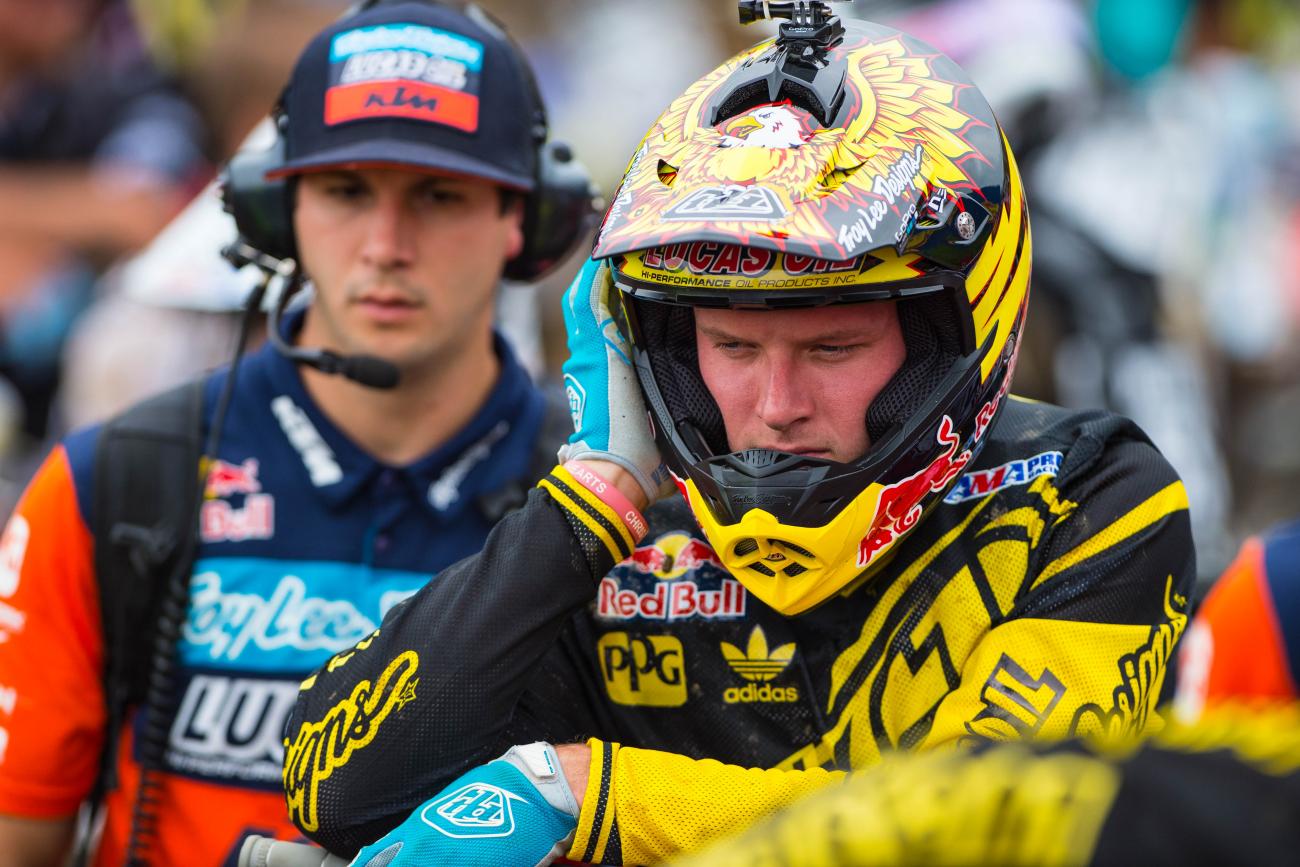 They say mud is the great equalizer. Whether you believe so or not, one thing is for certain: it totally destroyed nearly everyone’s fantasy picks last week. Mr. Steady Broc Tickle scored the most points, with only 17,782. With neither Ryan Dungey or Ken Roczen on the podium, we all took a bath last week.

Below are the stats for the top ten of dynasty points earned for Budds Creek. In short, the more points a rider earned, the more accurate the user base played them. And, well, the 450 Class threw a wrench in everyone’s weekend.

The second chart outlines how many users correctly predicted the podium for each class. And only 2 percent of users had Justin Barcia winning last weekend. You guys deserve a pat on the back. You’re truly amazing fantasy players.

Jordon Smith
Smith has averaged a 14.6 finish in the first moto, compared to an 8.6 in the second this season. Until his first moto scores even out, top five is a stretch.

Nick Gaines
The rookie finally put together consistent motos last weekend, under less than ideal conditions. But, Gaines tends to do well in the mud (See Indiana, 2014). Top fifteen may be pushing it.

Jessy Nelson
Eventually Nelson will get the ship turned in the right direction, right? It may not be this weekend though. Keep an eye on practice to see where he stacks up.

Mitchell Oldenburg
Oldenburg has been stuck in the 10-15 range all season. Not sure I see that changing this weekend.

Shane McElrath
McElrath has finished ninth or tenth in seven motos this year. Seven! Makes sense to keep him there.

Justin Barcia
How does BamBam respond after his first career win? I honestly have no idea. Good luck. But, if I had to guess, I would say fifth overall.

Weston Peick
Throw out last week’s second moto (Weston had mechanical troubles) and he has an average finish of 8.6 over the last six motos. Keep that in mind.

Jason Anderson
The mud zapped Anderson’s recent momentum, but look for him to rebound this weekend. Prior to Budds Creek, he was averaging a 3.25 finish in the prior four motos.

Kyle Cunningham
Cunningham appears to be adjusting nicely with the Suzuki. Top fifteen is a good start.

Fredrik Noren
What a difference a year makes. Last year, Noren made his factory Honda debut at RedBud finishing eleventh overall. This year, he’s back with factory Honda in a fill in roll. Now that we think about it, he’s in the exact same position as a year ago—albeit he did have a prior ride this year. Anyway, look for Noren to sneak into the top ten this weekend.

Race X League Standings (After Round 6)