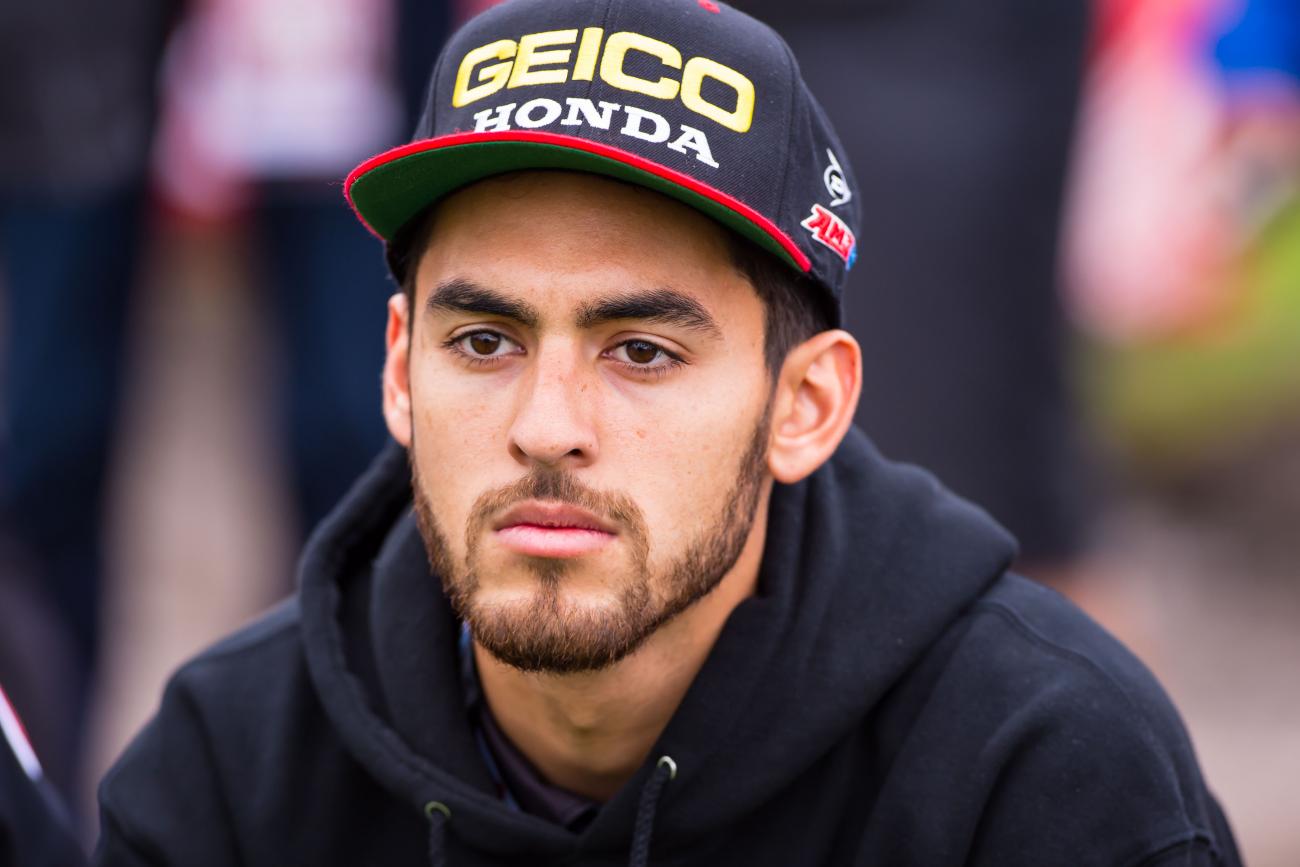 Jimmy Albertson – Shoulders
Comment: Albertson is out for the year while he recovers from bilateral shoulder surgery. If you miss seeing Albertson getting dirty out on the track, you can get your filth fix right here with Jimmy Talk.

Trey Canard – Arm
Comment: Canard broke his left arm in Detroit. He’s back on the bike, but will not race at RedBud. As of now there is still no firm return date.

Adam Enticknap – Wrist
Comment: Enticknap’s wrist, which was broken in several places, required surgery. He’s out for the immediate future.

Killy Rusk – Concussion
Comment: Rusk is scheduled to line up again this weekend after missing Budds Creek with a concussion sustained at High Point.

Cole Seely – Pulled Muscle
Comment: Seely pulled a muscle in his leg before Budds Creek and re-aggravated it during practice at Budds. His status for RedBud is questionable. He will likely be a game-time decision.

Andrew Short – Kneecap
Comment: Short broke his kneecap in supercross. Look for him to race again in Millville.

Ozzy Barbaree – Arm
Comment: Barbaree sustained a compound fracture of the ulna and radius on his left arm at Atlanta Supercross. He makes his return this weekend.

Zach Bell – Back
Comment: Bell is sitting out to let a back injury heal. There is no timetable on his return.

Justin Bogle – Shoulder and Internal Bruising
Comment: Bogle went down at Hangtown. His shoulder is taking a bit longer than expected to heal and he will miss RedBud. Currently, the team says there is no timeline for his return.

Martin Davalos – Epstein-Barr Virus
Comment: Davalos hopes to be back this weekend.

Alex Frye – Wrist
Comment: Frye crashed in the first turn of the second moto at High Point and dislocated his wrist. He hopes to return for the final three rounds.

Justin Hill – Concussion
Comment: Hill will return to racing at RedBud after sustaining a concussion during practice at Thunder Valley.

Jackson Richardson – Hand
Comment: Richardson broke his hand in a practice incident and is expected to miss at least a few weeks.