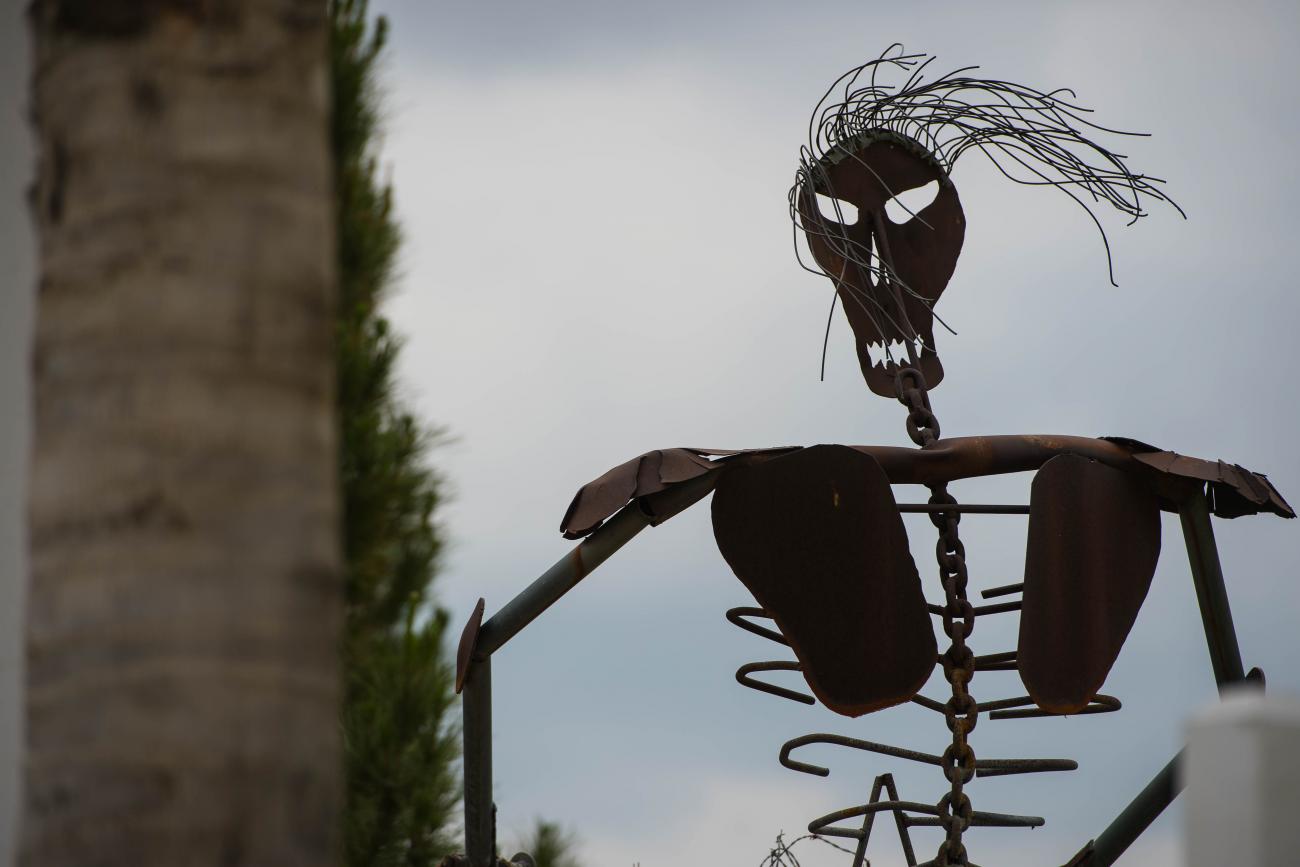 This is a big one. We've previously highlighted the corruption behind FIFA in The Word On… especially its decision to grant Qatar the 2022 World Cup. This morning, leaders of FIFA were arrested in Switzerland and face extradition to the United States to face “wire fraud, racketeering, and money laundering”, reports the New York Times. The story has a lot of details behind it, so I suggest checking it out in full. Here is a brief snippet:

Several hours after the soccer officials were apprehended at the hotel, Swiss authorities said that they had opened criminal cases related to the bids for the 2018 and 2022 World Cups — incidents that, more than any others, encapsulated FIFA’s unusual power dynamic. “In the course of said proceedings,”the Swiss officials said, “electronic data and documents were seized today at FIFA’s head office in Zurich.

The arrests were a startling blow to FIFA, a multibillion-dollar organization that governs the world’s most popular sport but has been plagued by accusations of bribery for decades.

Defending F1 champion Lewis Hamilton is getting paid, son. Hamilton signed a three-year extension with Mercedes last week that could net the driver more than $45 million per year, according to Forbes. Only Floyd Mayweather, Sebastian Vettel (also a F1 driver), Cristiano Ronaldo, and Lionel Messi make more money, says Forbes. Even better for Hamilton, his new deal will loosen the strings on endorsement deals off the track. Mo' money, mo' money, mo' money!

Hamilton is limited in how much he can capitalize on his marketability with Mercedes controlling much of his sponsorship opportunities via its team sponsors like UBS and Blackberry. Hamilton’s current personal sponsors include Bombardier and IWC. He banked $3 million off the track between June 2013 and June 2014 when he ranked No. 19 in Forbes’ list of the world’s highest-paid athletes with total earnings of $32 million thanks to his rich driver contract. Hamilton’s new contract is expected to provide him with more opportunities to secure endorsement and licensing deals with Mercedes loosening the constraints on categories he can target.

Who Did It Better

There has been quite the debate around the office as to who saved it better at Glen Helen. Okay, it was actually just me reading a few comments on social media. Anyway, Weston Peick and Brett Metcalfe each had “saves of the year” at Glen Helen. Who did it better? You decide.

Pedialyte is supposed to be a drink for babies, providing extreme hydration if they keep spitting up too much. Well, the company has finally come to the realization of something we adults figured out a long-time ago: It’s far and away the best thing to drink while nursing a hangover. The company noticed people on social media using it that way and have since launched a new campaign, “See the Lyte,” directed at its new found usage, reports New York Magazine.

As part of the new campaign, Pedialyte will market directly to partiers by giving out free samples at nearly 150 music festivals and sporting events this year, and by tweeting about alcohol-fueled events like Cinco de Mayo.

Find out more about its campaign here.

Cable companies are in flux. "Cord cutting" is becoming a very real thing as the Internet and television begin the merge. The landscape keeps changing. On Tuesday, Charter Communications announced it was buying Time Warner Cable for $55.3 billion plus debt. According to Yahoo!, when all is said and done, the deal will be worth around $78.7 billion. The combination, which also includes Bright House, will have 23.9 million customers, reports Yahoo!.

The consolidation comes with the cable TV industry seeking to adapt to a shift of viewing habits to online media such as Netflix and Hulu, which allow people to watch on demand.

Although the number of cable "cord cutters" has been relatively modest in recent years, analysts expect this trend to accelerate, which could have a significant impact on the television industry.

Analysts said the deal is likely to get approval but could face scrutiny from regulators.

Uber has essentially made taxi services irrelevant in most major cities. Now it’s going after one of the last taxi strongholds: airports. As of now, Uber isn’t allowed at most airports, although that doesn’t necessarily stop them, says the New York Times. “Some drivers hone in on specific stretches along the curb that are lightly patrolled or observed by officers.” They also set up other locations to pick up passengers. The Times reports this may all change soon, though.

American airports, aware that the tidal wave of acceptance of the ride-hailing phenomenon will not recede, are gradually rewriting regulations to welcome all manner of cars.

Late last year, San Francisco International became among the first to allow Uber, which is based in the Bay Area, and Lyft — and other airports are following suit. (Deals are struck with individual ride-hailing firms of each airport’s choosing.)

Quick: See how long you can hold a plank for…. One minute? Five minutes? Thirty seconds? All the above are pretty decent. Now, try four and half hours. That's what a Danish fitness instructor recently did to regain his world record for holding a plank. Seriously, four and a half hours. His age: 51!! This is all kinds of crazy.

Mix surfing, freestyle motocross, and jet skiing and you get something like this—which is totally awesome.

Like many fast-food giants, KFC has lost its luster over the past few years. Once the most dominant chicken empire—a title it lost to Chick-fil-A in 2012—KFC is trying to rebrand itself. How? By bringing back "Colonel" Harland Sanders. The Washington Post says, “the chain is betting $185 million on a massive, bizarre turnaround campaign in hopes of winning a seat again at the fast-food table.” More from the Washington Post:

"Young people all have this idea that everyone can be a star on social media. Well, the Colonel was the consummate American showman," said Kevin Hochman, KFC's chief marketing officer. "People see him as an old person, because we haven't talked about him in a while. But he was the person with bling before bling was even a word."

Long the golden standard in sports journalism, Sports Illustrated and its parent company Time Inc., have fallen on hard times as more readers stray from print to digital. According to The Cauldron, Time Inc.—which also owns Time and People to name a few—went from $1 billion in earnings in 2006 to $370 million in 2013. SI is also struggling to attract readers to SI.com, reports The Cauldron. The comScore numbers for SI.com for April 2015 (unique visitors) was way behind that of ESPN, Yahoo Sports, and Bleacher Report. (See full numbers here.) Jim Weber of The Cauldron suggests Time Inc. should sell SI to NBC.

For example, what if NBC (a Comcast-owned company) was willing to acquire Sports Illustrated for less than Bleacher Report and subsidize SI to combine forces and come for ESPN’s throne on the Internet and television?

Then this new web property could leverage NBCSports.com’s biggest asset, ProFootballTalk, against SI’s Monday Morning QB, Peter King’s NFL version of Grantland, to give NBCSI.com the most robust NFL coverage on the Internet.

On the flip side, NBC could also create an NFL show on the NBC Sports Network with PFT’s Mike Florio & SI’s Peter King co-hosting, and an intelligent roundtable show with SI’s rolodex of respected writers like Tom Verducci, Grant Wahl and George Dohrmann.

This is the kind of thinking that can save Sports Illustrated.

The entire piece is interesting. Check it out here.

One of cable and network TV's last strong holds is live sports. Well, TV execs can breathe a sigh of relief, because Netfilx won’t be throwing its hat in the ring to live stream sports in the near future. According to Awful Announcing, “Netflix Chief Content Officer Ted Sarandos said that he wouldn’t totally rule it out, but he can’t see it happening in the short term.” They may consider the option down the road, though.

And he said bidding on an entire package of NFL games is out of the question until 2022. With that being seven years away, there’s the remote possibility that Sarandos and the rest of the Netflix management team could change its collective mind, but for now, don’t expect to see live sports of any kind on there for the interim.

Polaris is betting big on Timbersled, which makes kits to turn a dirt bike into a snow bike, reports Bloomberg. Timbersled is still a very niche market, but behind Polaris, it could see a rise. If you don't know what Timbersled is, check out the video below.

To be sure, the snow bike is a staggeringly narrow niche—a niche of a niche, in fact. Timbersled has only 50 workers, and Wine said the purchase price was “a rounding error.” He estimates the number of snow bikers is still only a few thousand. In short, snow bikes could well turn out to be the Rollerblade or monoski of the motorsports business. Polaris, however, thinks it can steer the machines into the mainstream. For one thing, it has enough manufacturing, distribution, and marketing clout to drive the brand much farther than Timbersled might have otherwise. Secondly, the bikes are apparently quite fun.

“It is thrilling to ride,” Wine said. “We will sell tens of thousands of Timbersleds at some point, but we really want to bring in a lot more of those off-road motorcycle riders that don’t have the money to get into snowmobiling.”

It’s difficult to overestimate the fun factor in the Polaris business model. Its products sit almost entirely in the “discretionary” category. Few people need a snowmobile or a massive cruising motorcycle such as the Indian Chieftan, but Polaris sells plenty of both.

...is evidently a big problem. Who knew? Anyway, police are baffled at how to stop it, despite saying that “they once wrote 125 tickets in a single night,” reports The Big Lead. Here is what they’re dealing with, apparently.