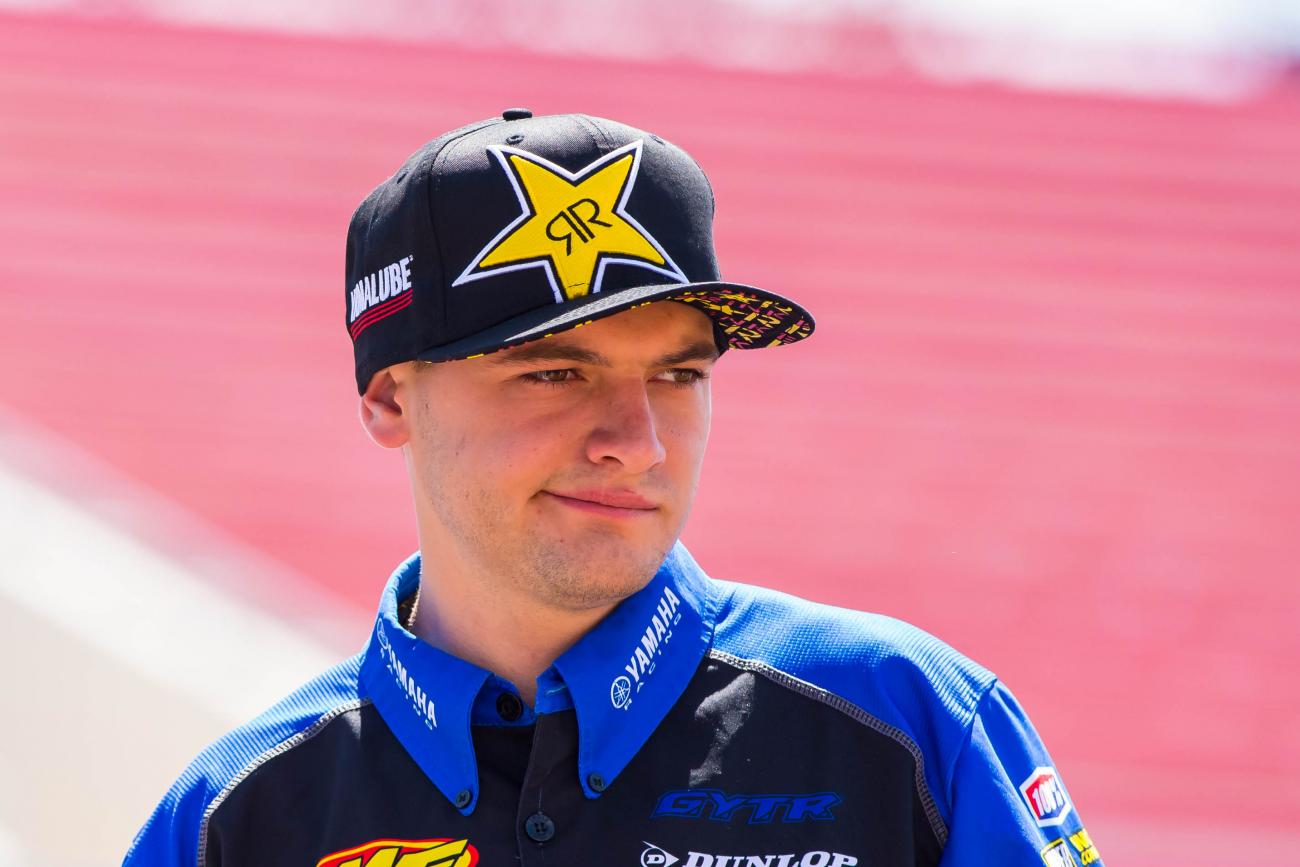 We haven’t seen Ken Roczen in competition since he bowed out of Monster Energy Supercross after Daytona with an ankle injury. We know he’ll be fast—after all, he’s the champ—but we don’t know if that ankle will give him any trouble at speed on the extremely rough and demanding crucible that is Hangtown. “You can win a championship but defending it is the hard part,” he said in a recent team statement. What we do know is that Ryan Dungey is at the peak of his game right now, and if Roczen wants to even the score with Dungey for his final-lap thievery at last year's opener, he’s going to need that ankle to be 100 percent. –Aaron Hansel

Did you know that Adam Cianciarulo has never raced the opening round of Lucas Oil Pro Motocross? He was supposed to race Hangtown in 2013, but a bout with salmonella poisoning sidelined him until Budds Creek, and in 2014 a shoulder injury kept him out of the entire series. In fact, Cianciarulo has only raced eight nationals in his entire career. The last time he raced an opener was in Monster Energy Supercross in 2014—and he won. Let’s see where he finishes in his first opening round of Lucas Oil Pro Motocross. –Hansel

That’s right, the Nationals are back and so is Blake Baggett’s nickname. Baggett’s first year on the 450 has been great so far—he finished fifth overall in supercross and even nabbed a podium in Daytona—and it’s hard to think he won’t keep things rolling during the Nationals. Baggett excels in motocross, and he’s especially quick at this track, so don’t be surprised if he leaves Hangtown with a top-five, or even a podium finish. –Hansel

A couple of interesting storylines going on over at Autotrader.com/Toyota/JGR Yamaha. Justin Barcia, who just a couple years ago was the only rider able to temporarily challenge the Ryans during the Nationals, is coming off a supercross season marred by injury. He also only raced the first two Nationals last year before bowing out with an ankle/foot injury. Hangtown could be his opportunity to turn things around. Weston Peick, on the other hand, doesn’t want deviate from his current course at all—he closed out supercross by nabbing his second career podium. We’ll see if he keeps it rolling at Hangtown. –Hansel

French on Swedish, by way of Austria, in America

Confused? Well, that’s just par for the course when it comes to Frenchman Christophe Pourcel, who will be riding a Swedish brand of bike (Husqvarna), which is owned by an Austrian company (KTM), this weekend in northern California. You just never know what’s going to happen when the gifted yet enigmatic Pourcel lines up. Will he win? Podium? Finish sixteenth? Pull off the track five laps into the race? The only thing that’s certain is that none of the above would be surprising. We’ll see what happens when he and the Rockstar Energy Racing Husqvarna Factory team go racing in the 450 Class on Saturday. –Hansel­

It’s still a little strange mentioning Yamalube/Star Racing Yamaha and top team in 250MX in the same sentence. Years of futility finally blended into a winning formula with the combination of a new machine and the signings of Jeremy Martin and Cooper Webb, who have brought the team two of the last three 250 titles—2015 250SX West Region and 2014 250MX. Entering the Lucas Oil Pro Motocross Championship, Star Racing has the deepest group and is a favorite for a third title of four. Martin built a huge cushion early in 2014 that he could fall back on down the stretch, although he didn’t really need it. Webb, the new 250SX West Region Champion, was a strong a year ago outdoors,—winning three motos and finishing third overall. Star Racing, an early favorite—get used to saying that. –Chase Stallo

With the start of every new season, it’s required that we ask the age-old question: Does Chad Reed still have “it”? It seems odd we still question a guy that just finished fourth overall in Monster Energy Supercross and was one of only six riders to win a race. I guess when you’re 33 years old it comes with the territory. Reed has continued to push away father time with each passing year, but outdoors have taken their toll on him in recent years, and he probably hasn’t had the results he’s wanted, or expected. But we’ve doubted Reed before. Let’s not start doubting him now—it usually doesn’t turn out well. –Stallo

Only four riders had more podiums than GEICO Honda’s Justin Bogle a season ago. Jeremy Martin led the group with seventeen, Blake Baggett and Cooper Webb each had eleven, and Christophe Pourcel had ten. (Bogle and Marvin Musquin had seven each.) Two of the aforementioned six riders—Pourcel and Baggett—have left for the 450 Class. A championship will be a challenge, but Bogle has been working hard to become a leader outdoors. “Things are starting to jell, and I feel good about it," Bogle said in a team statement. "I've had seasons in the past where I haven't been super successful outdoors, and I made it a big point in my program to try to improve so I can be a contender for the championship. Ultimately, I want to win the thing." -Stallo

What a difference a year makes. At this time last year, Marvin Musquin was entering the season fresh off ACL surgery and less than 100 percent. Then he hurt his shoulder at Glen Helen. His early season results told the story—zero podiums through the first five rounds. At round 6, Musquin, finally healthy, began his end-of-the-year tear, garnering seven moto podiums in seven rounds, and winning two of the last four overalls. This season, Musquin, fresh off his first career 250SX East Region crown, is an early favorite outdoors. A good start will go a long way this season. Will Musquin kick off this season better than last? –Stallo

Days before the Lucas Oil Pro Motocross season opener, Josh Grant, winner of the opening moto at Glen Helen last year, reportedly had a bad crash at the test track but luckily looks to be okay. “Well I have to say someone was watching over me today! Really sore and beat up got my tongue sewn back on. Hope to be on the hangtown gate!” Grant tweeted earlier this week. We know Grant has the speed outdoors to contend. Will his body let him is the question? -Stallo