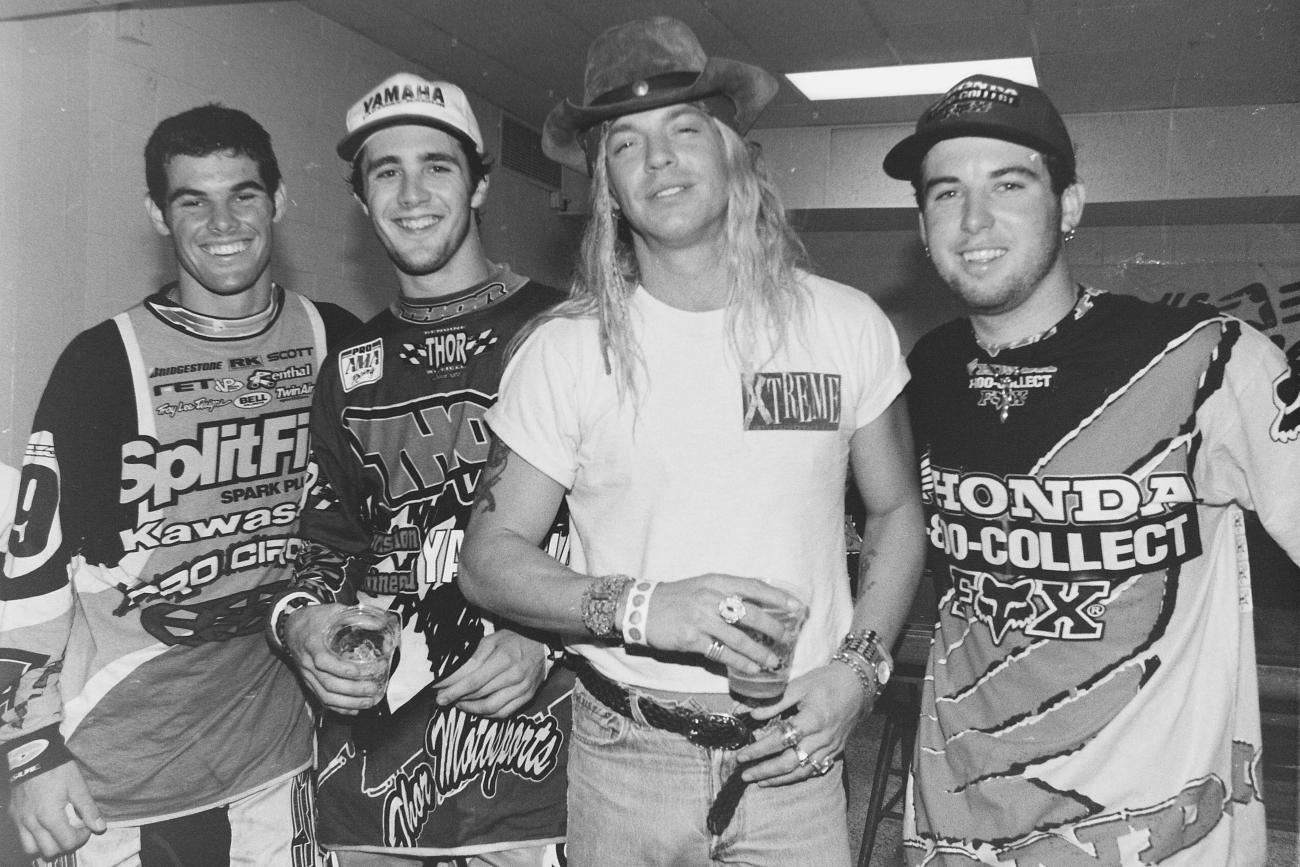 Crowd Funding Gone So, So Wrong

Tom Brady, the super suave, Mr. all-American quarterback of the New England Patriots was recently suspended four games by the NFL for deflating balls—footballs that is. He was also fined a cool $1 million. Tom Brady is rich. His wife, Gisele Caroline Bündchen, a former model, is rich. The New England Patriots owner, Bob Kraft, is super, super rich. So, why then are fans trying to raise money to pay the fine? Because they are stupid. This is sooo stupid. I could think of 1 billion other things this money should be going to. From Motherboard:

The Patriots are owned by Robert Kraft whose net worth is $4.3 billion. He ran a giant paper manufacturing conglomerate that does a brisk $2.7 billion in sales. In addition to owning the stadium where the Patriots play, and making money off of Umass playing there, Kraft owns something called Patriot Place, which Forbes describes as “more than 1.3 million square feet of shopping, dining and entertainment. Patriot Pace [sic] features retailers like Old Navy, Victoria’s Secret and the region’s only Bass Pro Shops, as well as restaurants such as CBS Scene, Davio’s, Toby Keith’s I Love This Bar & Grill and Olive Garden.”

He's got Olive Garden cash and probably doesn't even realize it because he also owns the New England Patriots, an investment that has appreciated by more than 1,000 percent since he bought the team in 1994.

The Ultimate Game of Horse

College is the greatest time in your life. Bar none. You get to party all the time, only go to class if you really want to or have a test, and you make just enough money busting tables to have some fun. You also have so much free time that you can dedicate yourself to doing something THIS AWESOME!

Calling all media dorks. When MotoSport.com released their JS7th Wonder of the World film recently, it immediately went viral. A lot of it had to do with timing—Stewart’s appeal for reinstatement had just been denied. It also had a lot to do with the excellent videography behind the video. Racer X’s own Austin White was a main contributor to the film, and MotoSport recently released a video about how the film came together.

While we’re on the subject of Tom Brady and his (foot) balls, how can you not love the cover of the Boston Herald? Burn!!!

Just Out for the Daily Fly Around Skyscrapers

Speaking of rich people—Dubai is home to a lot of very wealthy people. People that also enjoy extreme sports and unlimited budgets. So, when two guys just decided to stroll around the city on jet packs, it’s not that big of a deal. Ok, it is, but still…. JET PACKS! This is so great.

Snowboard Parents are the Best

Okay, it would be super cool to have these parents, especially when they take you on a crazy snowboarding trip. Professional snowboarders Steve Klassan and Bob Carlson are awesome.

World Cup Stadiums Are A Mess

World Cups, like the Olympics, are typically giant money pits. Seriously, Google it, you’ll be amazed. So, it’s no surprise that Brazil, which hosted the 2014 edition, is having problems less than a year later. According to NPR, “The most expensive World Cup stadium—located in the capital, Brasilia, and with a price tag of $550 million—is being used as a parking lot for buses.” A parking lot??? When will countries realize building stadiums for mega events, like the World Cup and Olympics, is generally a bad idea?

The stadium in Cuiaba—which cost some $215 million to build—has made news repeatedly: first for being closed down because of faulty construction, and then recently for the homeless people squatting in its unused locker rooms.

The manager of that facility says the city is looking for a private company to take over the project, because the maintenance has been draining city coffers.

But that's not the worst part: Multiple officials — including the state's former governor, the former president of the local assembly and the former local World Cup head — are all under investigation for another "legacy work" from the event. The $800 million light railway in Cuiaba linking the airport to the city center was meant to be completed in time for the games, but of the 14-mile track, so far only half a mile has been built.

The numbers are in for the mega-fight between Floyd Mayweather Jr. and Manny Pacquiao, and holy s**t did it make a ton of dough. Arash Markazi of ESPN says the fight had “4.4 million pay-per-view buys, generating more than $400 million in domestic revenue, with $500 million expected worldwide.” That’s not all, though. From Bleacher Report:

The news came on the heels of the Nevada State Athletic Commission also announcing that the bout set a new record for gate revenue at more than $72 million.

Dan Rafael of ESPN passed along the confirmation from the commission, also noting the number of tickets sold for the event at the MGM Grand Garden Arena:

Speaking of a ton of money, Verizon just threw $4.4 billion down to buy AOL. Let me repeat: $4.4 billion, with a B. Good lord, that’s a lot of money. Why? From the Wall Street Journal:

The acquisition would give Verizon, which has set its sights on entering the crowded online video marketplace, access to advanced technology AOL has developed for selling ads and delivering high-quality Web video.

How Do You Pronounce Valentin Guillod?

Being a pit reporter in MXGP is probably hard. With names like Klemen Gercar, Viachesiav Golovkin, Grisha Maykal Ivno,v and Yannis Irsuti, to name a few, you’re bound to run into a name or twelve you can’t nail down. MXGP pit reporter Lisa Leyland recently struggled with surprise MXGP of Spain MX2 winner Valentin Guillod.

Really? Just, really. This is dumb. So dumb. South Park says it best.

Beginning in September, the city will host a “bubble soccer” league, a sport in which participants cram themselves into massive, inflatable balls and then use the air-filled bubbles to knock their opponents off their feet.

Participants can’t move their arms while inside of the see-through plastic bubbles, and rely solely on their lower bodies to move a soccer ball into a goal.

Read more from the Boston Globe.

Perhaps you attended a supercross and noticed that stadium concession prices are pretty hefty. Well, New Jersey governor Chris Chrstie reportedly spent over $82,000 in 2010 and 2011 attending New York Jets and New York Giants games at MetLife Stadium, according to a report obtained by Watchdog.org. This is great in so many ways. From For The Win:

The charges were made on 58 occasions. You can see the expense report here. Delaware North Sportservice is notated as “DNC Sports.”

The New Jersey Republican State Committee then paid back the state treasury in 2012 for all the charges made at MetLife Stadium.

“The official nature and business purpose of the event remains the case regardless of whether the event is at the State House, Drumthwacket or a sporting venue,” said Christie’s press secretary Kevin Roberts.

Professional golfer Bubba Watson, whom many of you know for his relationship with James “Bubba” Stewart, got burned by fellow PGA player Chesson Hadley, at the recent Players Championship. Bubba, slinging his John Hancock around, was oblivious to whom he was actually signing for.

Disappointed in how much we are playing for this week @THEPLAYERSChamp. Had to make some cash on the side. @PGATOUR pic.twitter.com/ebmPKchtQg

According to social media logic, all any athlete should ever do is eat, sleep, and train, practice, or play their respective sport. That is all. No ifs, ands, or buts. Honestly, it’s ridiculous. These people are not robots. Detroit Tigers pitcher Justin Verlander makes a lot of money. He also dates one of the hottest women on the planet—Kate Upton. A win-win if you ask anyone. Well, Verlander made the mistake of taking said hot girlfriend out for dinner while injured. What is his problem? Apparently, he got taken to task on social media for it too. His response is the best.

Dear haters... I have heard you. Therefore since I have done all of the rehab I can possibly do already I shall not move from my bed nor enjoy my life whatsoever for the rest of the day so you think I'm trying. #yourwelcome #hateonhaters #lovetherealfans

This is seriously cocoa bananas. Here’s a little background from Mashable, but seriously, watch this video, INSANE:

Aikins is a veteran skydiver with more than 16,000 jumps, according to Dropzone, but most of those included at least some kind of parachute or at least a wingsuit. In his new project, called "Heaven Sent," Aikins will land on a 100x100 foot "deceleration net" suspended above the ground.

If you’re a regular reader of our column Classic-Fieds, then you probably saw last week’s version where we had a little fun at the expense of a Craigslist user who was selling a mini-bike/mountain bike hybrid. Well, turns out there’s a whole industry behind these machines, and they’re actually cooler than we gave them credit for. Check out these Motopeds in action.