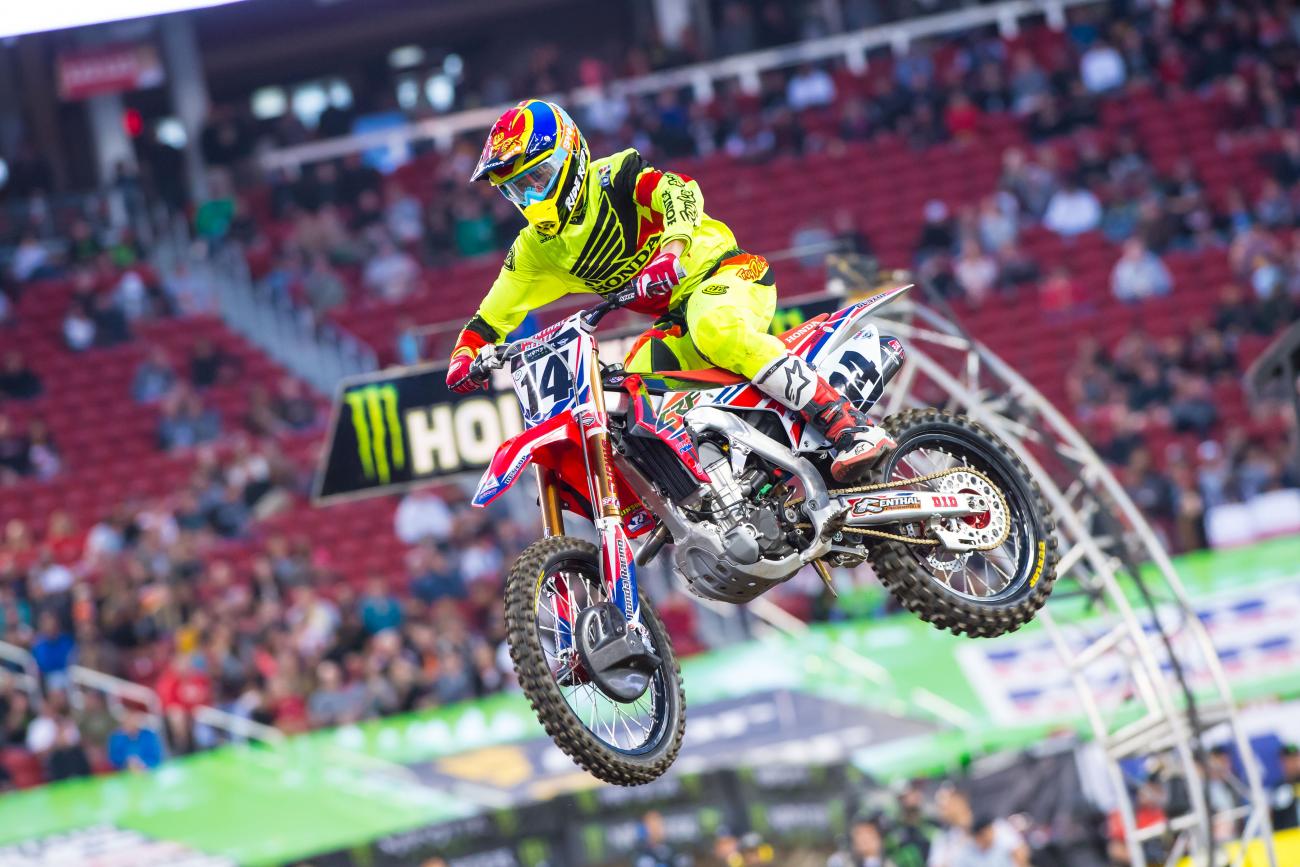 Welcome to New York! Err, I mean, welcome to New Jersey! Last year marked the first race in the New York City area since 1991, and it’s good to be back! There’s no bigger media market in America and quite possibly on Earth, making this an incredible opportunity for supercross to gain attention. Feld does everything it can to introduce the supercross world to the mainstream media, from having riders ring the opening bell on Wall Street, to holding their Thursday press conference in Grand Central Station. Anything that Feld can do to attract a new audience is absolutely a positive step.

For the industry folk, this round provides a chance to sightsee in the big city. Monster Energy AMA Supercross, an FIM World Championship, is nearing its end. Everyone is searching for aspects to keep the excitement level high, and New York City certainly helps. Riders and teams can stay in Manhattan and get a taste of what it’s like to live in the concrete jungle. Most of the industry originates far from that lifestyle, so it provides a nice change of scenery.

The race is going to be held during the day! Not since the Daytona rounds of the early 2000s have we seen a supercross race under sunshine. With practice being held at 9 a.m. and rider track walk at a yawn invoking 7:30 a.m., it’s going to be an early wake-up call for everyone! The worst pain will be suffered by all of the West Coast travelers as the three-hour time change is a real doozy. Once the program gets rolling, I think it will be a nice alteration. At this point of the year, most people are going through the motions, so this may inject some enthusiasm. With opening ceremonies kicking off at 2:30 p.m. and the show wrapping up at 6 p.m., there will be plenty of time for all to enjoy the Saturday night NYC nightlife as well. Of course, this entire time shift is due to the race being held on the Fox Network for the first time ever. With millions more Americans having access to the standard Fox channel versus the cable Fox Sports Network, it marks a huge jump in supercross viewership opportunity.

Let’s take a look at the track map. The first thing I noticed was the similarity to Indianapolis 2012. There are a few sections that are identical. The entire section involving the over/under bridge all the way past the finish line and whoop section is pulled exactly from that map. Nothing wrong with that—the similarities just jumped out at me. The other rhythm sections actually look very good. There seem to be a few different options in both of the sections following the start straightaway, and options are a plus. The start is on the long side and on a safety front—I prefer that.

Do I even need to say it? Ryan Dungey is leading the list with another main event win. He rode a smart race yet again in Santa Clara, pacing Eli Tomac to the checkers. Dungey is firing on all cylinders right now. He has every facet of his life in order, and that’s showing in his attitude and results.

Cooper Webb crashed on the start (along with most of the field), but still came back to easily win the main event. He has been a revelation in 2015. Although he won’t be in New Jersey, I felt he needed to be included after such a stellar season.

Weston Peick scored his first-ever podium result in Santa Clara after flirting with greatness many times recently. He’d been building up to this all season, and it was nice to see it finally come together. No one tries harder on the racetrack than the #23.

Marvin Musquin enters the weekend with a 20-point lead. All Moose-Can needs to do is stay off the ground and he will be the newest champion of 2015. This was an incredibly consistent season from the former world champ.

Davi Millsaps was let go from the Monster Energy Kawasaki team in a surprising move. There are more rumors than I care to count as to why the move was made, but in any case, it is not good for the #18. Hopefully he can find a new home and clear up the controversy before we head outside.

Chad Reed has had a rough time lately. A lackluster night in St. Louis, being taken out in Houston, and crashing while going for the lead in Santa Clara have all been less than ideal for the month of April. His riding hasn’t been the issue, but he hasn’t been able to put twenty laps together as of late. He’s capable of a podium at any time, though, so don’t count him out on Saturday.

Adam Enticknap broke his wrist in Santa Clara. Poor Seven Deuce Deuce will be out for a while, but the upside is that he launched a new rap single on iTunes this week.

Not to be outdone by the West Coast boys, the entire 250 East Coast class crashes on the start straight.

Marvin Musquin cruises to his first American championship and Justin Bogle picks up his second win of the season. That’s back-to-back wins in Jersey for Bogle.

Cole Seely has another incident with a track worker, sending Seely into a bloodthirsty rage. John Gallagher, after a rough 2015 campaign, swan dives out of the tower.

Word spreads of the moth invasion at the last round in Santa Clara. Feld, fearing another moth situation, shines the bat signal from Batman into the Gotham night. The caped crusader never appears, but that won’t stop Feld from once again using the Joker Lane this October. (I am on round sixteen of this column and things are getting tough, okay?)