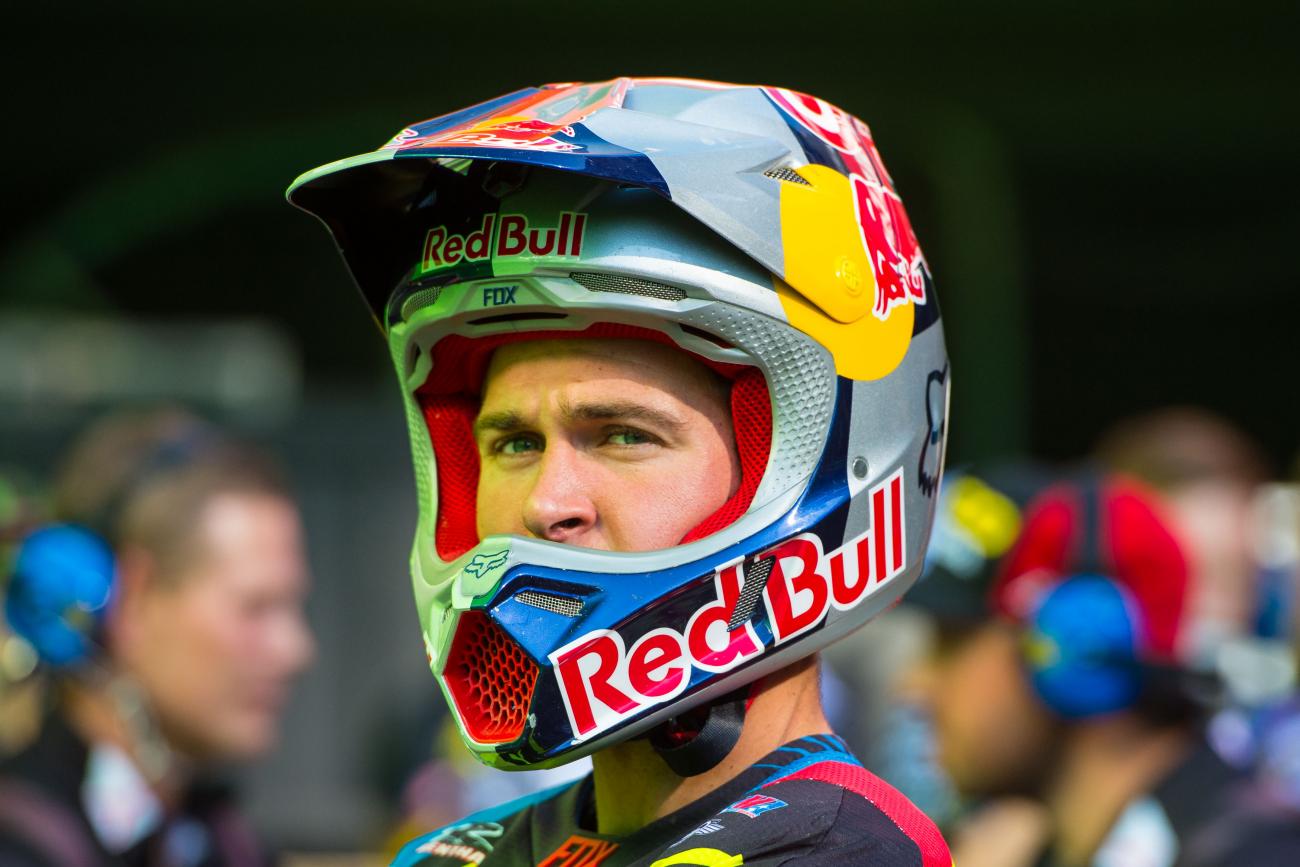 As the anticipation of a free-for-all 2015 campaign inevitably funneled into another second-half season of status quo, there were no surprises in store at St. Louis.

Fastest in practice, fastest heat race, and in command of the main event by turn two? Ryan Dungey. Good starts, fast and steadfast laps, and a point lead that continues to increase.

The fastest, almost frantic foray through the field award? Again, Eli Tomac, who manual-ed through the whoops, quadded through a rhythm section, and nearly overcame another bad start only to finish right on the heels of Dungey.

Jason Anderson did make a return to the podium for the first time since the first race of the season, but that had to be expected to happen soon.

Tomac’s charge from a sub-top ten start was certainly something to watch, from the moment he quadded through traffic over an on-off section. Tomac jumped alongside Broc Tickle in lap two, which allowed him to control the split-lane rhythm section that followed and secure the pass in the subsequent right-hander before the finish line straight. Seven laps later, just before the halfway flags flew, he made a carbon-copy pass of Peick in the same two sections to move into a podium position. He would settle a heated battle with Anderson with the same pass yet again a few laps later. That left Tomac six laps to catch Dungey, which of course wasn’t enough.

As a one-week break in the action provides an intermission before a four-race third act—with a curtain call that is a fait accompli for Dungey—the early refrain (and the hammered hashtag) of “Who’s next?” has certainly changed to “When?”

As in, “when” will Dungey clinch?

Or maybe “if.” As in, “if” only Tomac could get off the gate more consistently. If only Canard... If only Roczen... If only Stewart...

But maybe next year. Or maybe in the upcoming outdoor season.

Essentially all Dungey has to do is finish on the podium at just one more race—and this in a season where he hasn’t missed the box since opening night.