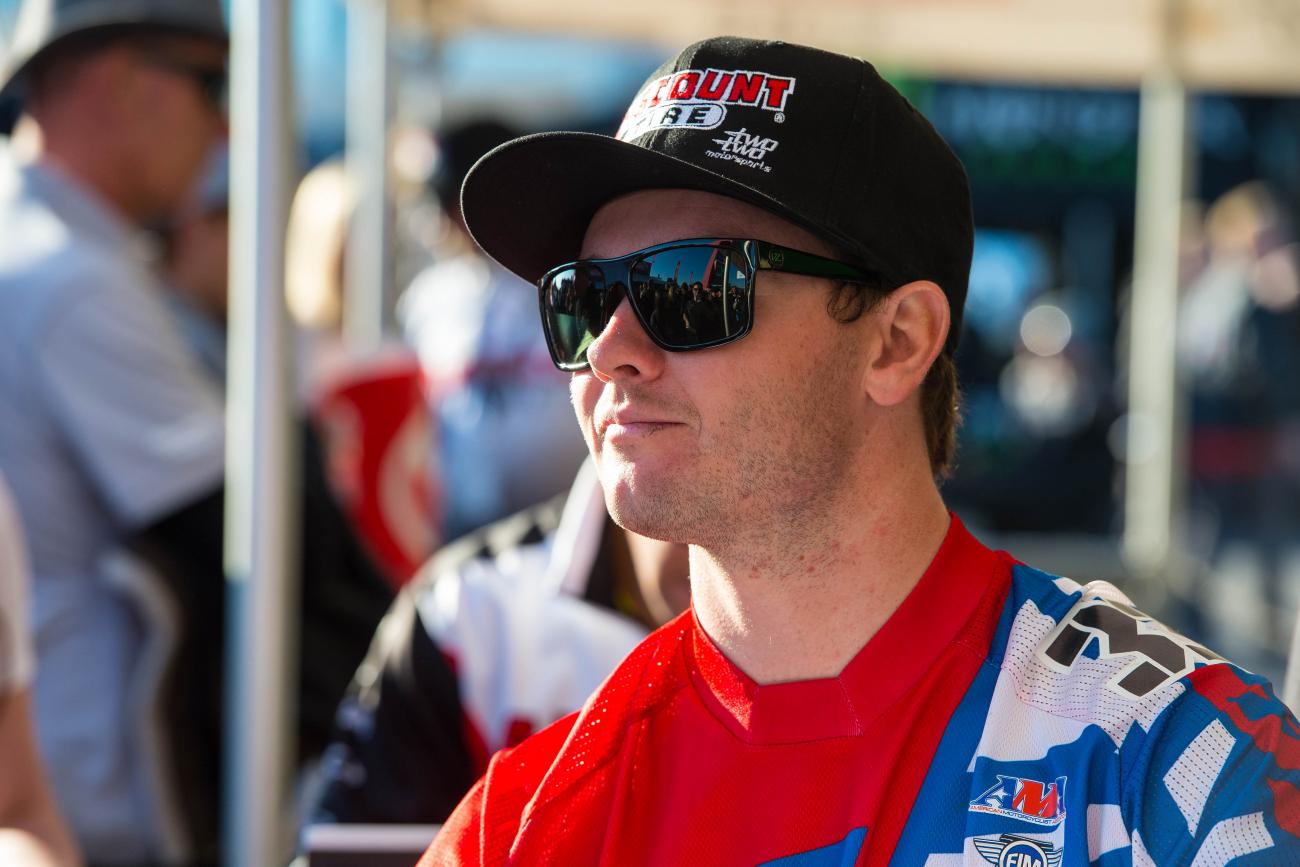 Josh Grant is paid to “send it.” Disregard life and limb and just go for it. That’s a common perception anyway. Don’t worry about your future; you’re paid to go fast. Paid for top-tens. But make sure to stay healthy through it all, right?

The problem for Josh Grant in Monster Energy AMA Supercross is that he hasn’t stayed healthy. Since 2010 he’s missed nearly 70 percent of supercross races. In 2010 and 2011, he missed sixteen of seventeen rounds. That’s something he wanted to change. And he has. Grant’s been injury free and made every round. This year, for a change, health wasn’t the problem. His results were, though.

“The beginning of the year sucked for me,” he said after Indianapolis. “I don’t know exactly what it was or if it was just obviously the black cloud that’s lived over me for the past five years in the beginning of supercross. I’ve always felt like once I made it out of the West Coast rounds I’ve started kind of picking it up.”

For Grant, a California native, it wasn’t the tracks or the dirt—it was a mental battle he had to overcome. “It’s not so much of where I’m riding; it was more of just where my head was at,” he said. “This year I was kind of just like, I want to get through these races. Unfortunately that’s not a good mentality to have because you want to win but at the same time. I’m trying to build myself to be better every weekend and to carry that momentum to the East Coast.”

For many in the pits, the stress of having a one-year deal compounds matters. You begin to worry about getting hurt. Worry about your future. As Grant says, it can be challenging.

“You get one-year deals and then you’re worried about, I don’t want to get hurt, so I don’t. It’s all that stuff that’s in your head. A lot of these guys get two-year deals and they’re locked and secured. So there really is no risk for them to go out and send it and still be fine. I’m still going like, okay, well I’ve got to think about my future, what’s next here, or if that’s a possibility. All that stuff’s always in the back of your head. Unfortunately it sucks but that’s the way it works.”

Through all his early-season struggles—results of 18-19-20-21-22 through five rounds—team owner and teammate Chad Reed has been patient. “He kind of knew where I was at and kind of where I stood, even last year,” says Grant. “I had separated shoulders and back-to-back knee surgeries, torn labrums… It was like never ending. He kind of was the one to tell me, take your time at it, build yourself, and it’ll be even better towards the end of the season.”

And the patience has paid dividends for Reed and title sponsor Discount Tire. Since supercross has moved east, Grant is averaging an 8.4 finish. Top-ten finishes are important for not only the rider, but also the brands they represent. If you were not on the line, why would companies want to pay you? That’s something not lost on Grant. “You’re paid to go out and send it, but you’re also being paid to be seen at the races,” he says. “It’s good to keep where I’m at. I’m stoked.”

Grant begins testing this week for Lucas Oil Pro Motocross—what many consider his forte—but still has goals before the supercross season is over. “I want to get a podium before the end of the year,” he says. “If I could do that I would be really stoked. That’s just to solidify where I was at. I think that’s a realistic goal for myself, especially with what I’ve been doing now and how I’ve been feeling every weekend.”