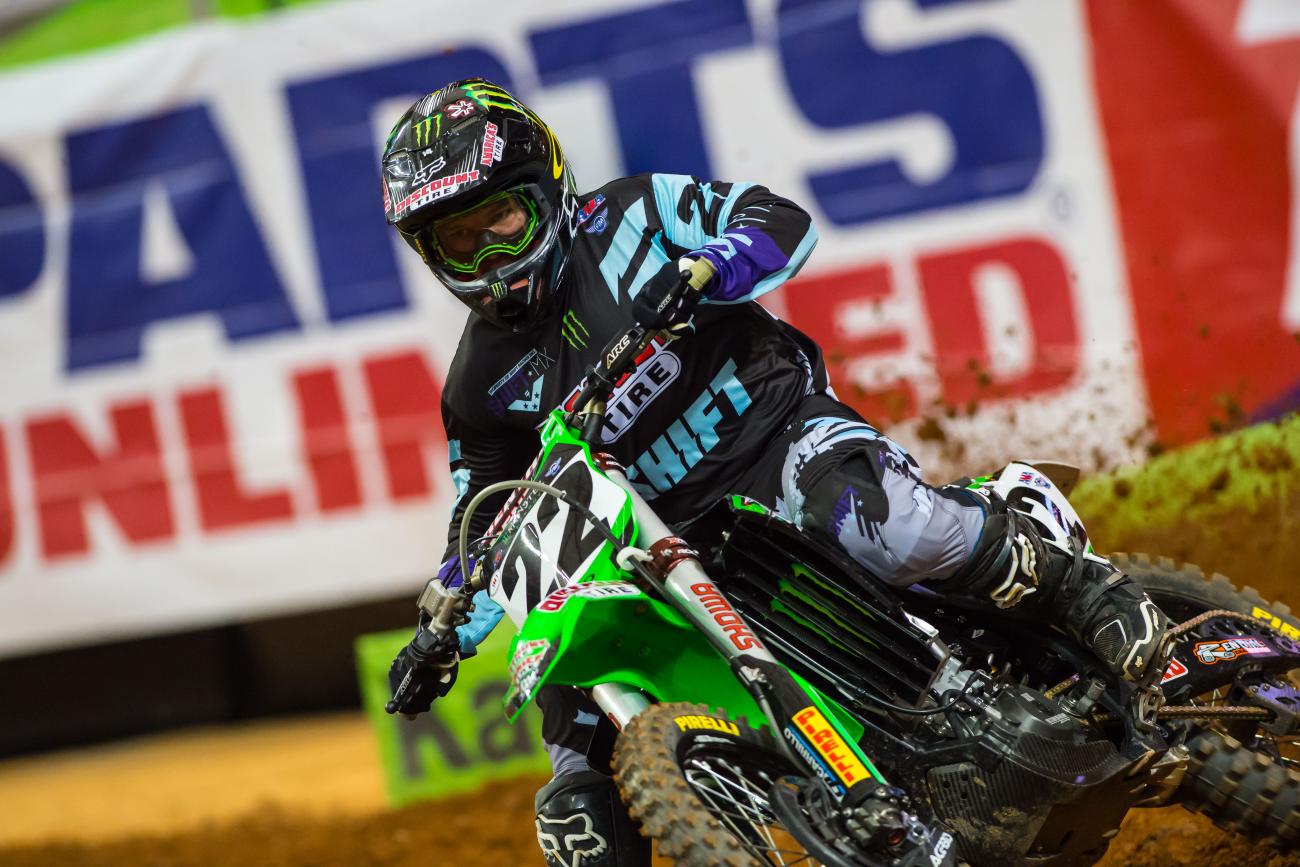 Rev Up The Thunder

Hello, everyone, and welcome to the Rev Up. Every once in a while I am reminded why I love our sport so much. As I stood on the floor of the Georgia Dome last Saturday night and watched Chad Reed capture the forty-fourth win of his career, a familiar feeling arrived. It was the same feeling I got when Ricky Carmichael won Anaheim 3 in 2001 and the same feeling I got when I saw James Stewart win Glen Helen in 2002. Over the years there have been similar sensations, all culminating from standing witness to monumental achievements by the greatest riders in the sport’s history.

Could Ricky really overtake Jeremy McGrath? Could James Stewart really win his first career outdoor national? Was there any chance Chad Reed could return from a devastating shoulder injury and win against one of the most stacked fields of his career? They have all come to fruition and left me shaking my head in amazement.

I began calling Reed “The Thunder” when he was a rookie in what was then the 250cc premier class. Yes, it is a nod to his Australian origin. But more than that, it recognizes his innate ability to dig in and go as fast as he needs when the chips are on the table. Chad Reed is the last racer on the starting gate to have beaten RC and Stewart straight up. But, those days are long gone. More recently he has beaten the current cream of the crop in Ryan Dungey and Ryan Villopoto. It’s astonishing that Reed was winning races before Villopoto was even a 250 rider and is still winning races now that RV has retired from pro supercross.

I said that Reed has the tools to get the job done in the event he ripped a holeshot. Those sixth- to tenth-place finishes weren’t great on paper, but he was popping up on the board here and there in qualifying, and there was something about his riding when he was buried in the pack that told me he could get it done. However, when he holeshot the main event last weekend I found myself imagining Weston Peick getting around him instead of Chad pulling ahead. In addition, once Dungey made his way into second place around the halfway point I said to my partner Jim Holley, “He’s toast. Here comes Dungey.”

I suppose that by round eight, I had given up on Reed as a race winner despite what I previously reported. Knowing what I knew about his past, witnessing his first seven rounds and even his podium at Oakland still didn’t make me believe he could do it. I had counted out Chad Reed. I truly felt the magic was gone. But, how could it end like that? Would the end of his legacy be un-Chad Reed-like sixth-to tenth-place finishes? No, it would not. He did what he’s done for over twelve years: he dug way down into the pit of his guts and pulled out more speed.

Jim and I were standing down on the floor waiting to send an update to the Tampa Arenacross as soon as the 450 winner took the checkered flag. From our vantage, I could see directly into Reed’s goggles as he landed from the triple. With five laps to go I could clearly see the look in his eyes. He was wearing a strained and desperate expression, and old man Reed was pouring the coals to his KX450F. There came that feeling again. Suddenly I said to myself, “It doesn’t matter if Dungey catches him; there is no way Reed is going to let him pass. Just look at him go.”

The scene down by the podium was exactly what you would imagine: huge smiles from his entire team and Ellie Reed blasting past me on her way to hug Chad. You can’t really script the kind of season Reed has had. A tenth at the opener, a scandal at Anaheim 2, and a weird unproductive rivalry between Eli Tomac were the headlines surrounding the Discount Tire/Two Two Motorsports owner and team captain. Then, at the halfway point in the series Chad has to hold off Ryan Dungey, who has been absolutely on fire. This race wasn’t due to the track, or the bike, or even the holeshot; it was what makes Chad Reed one of the greatest legends in motocross and supercross history. It was The Thunder.

What a win. What a season. And we are just now halfway.

As far as championship storylines go, Red Bull KTM’s Dungey is putting together a masterpiece. Nobody has been even close to matching his consistency. Unless someone goes on a 4-5 race win streak, the field is going to have to hope for a mechanical failure or a crash if they want to put a hook in #5. It is far from over—we are just now entering the second half of the championship. We have now witnessed five winners through eight races, and who knows #WhosNext? Can a Cole Seely, Weston Peick, Jason Anderson, or a Davi Millsaps win one of these things? All four of those racers have beaten Reed head to head this season. Then again, as strong as all four of those riders are, they aren’t #22. There has never been a rider like him before and likely never will be after he retires. From 2003-2015, Chad has been a guy that could win races. It’s a hell of a thing about thunder: Once it strikes it’s only a matter of time before it shakes the ground again.

Who is ready for round nine? I can’t get back to the Georgia Dome fast enough!