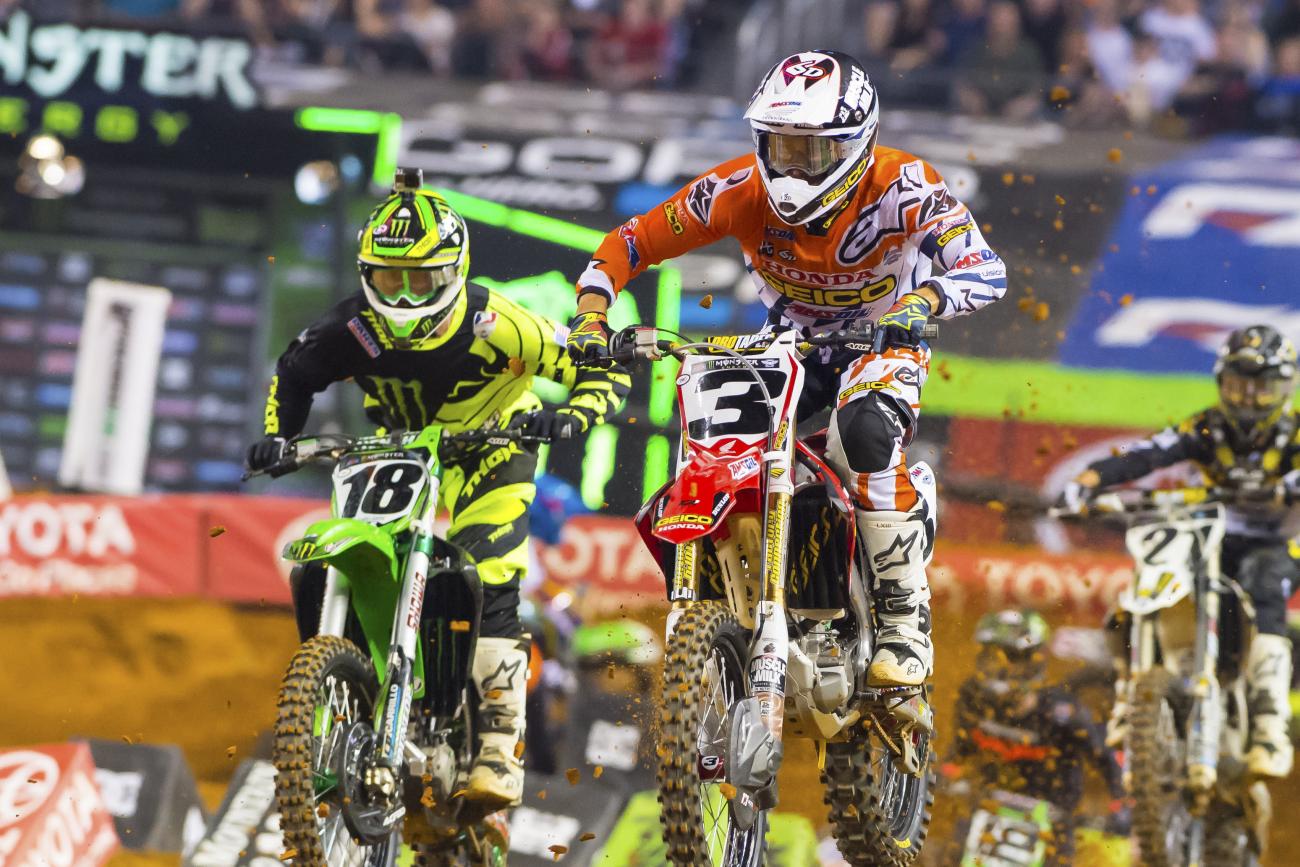 This season has seen four different winners thus far. It’s no big shock that the top four in points are the only riders to claim a victory. On any given weekend, each of those riders has a legitimate shot to win. Ken Roczen, Ryan Dungey, and Trey Canard have all won two events while Eli Tomac has one victory. While it may seem like a crapshoot as to who will win, when I look at one simple stat, it becomes much more transparent: The first lap position of the winner has been absolutely paramount for winning races in 2015.

With seven races completed, it’s astonishing how important the first lap is in determining who the race winner will be. Of course, we all know how important the start is in modern-day racing. The level of competition is so high and the field is simply too deep to come from the back of the pack and make a run on the leaders. By the time anyone could get near the front, the upper echelon riders would be long gone. A massive importance must now be placed on the start, more so than ever before.

Taking the first lap positions for the race winners shows my point. Using all seven races, the winner finished the first lap in an average position of 2.85. This is a pretty strong spot to be in with nineteen laps remaining. The interesting thing here, though, is that there was one anomaly. In Oakland, Trey Canard came from tenth place to win the main event. Keep in mind, Roczen suffered a huge crash while moving towards the front and very possibly another win. In any case, Canard did win the race and came from mid-pack to do it. For the sake of my argument, let’s remove this one race and recalculate. Taking six out of the seven races, that average first lap position drops down to an astoundingly low 1.42. That basically shows that if you aren’t in the top two on the end of the first lap, your chances of winning are minute. Canard showed that it’s not impossible but the numbers prove that it is improbable.

I realize that the importance of getting a good start is not a new concept. This is something repeated over and over by analysts, riding coaches, and team managers, day in and day out. I don’t know if we have ever seen it be this important, however. Riders like Carmichael, Stewart, and Villopoto seemed to be able to knife through the pack and still win races. In this new era of #whosnext, the real race seems to be to the first turn.