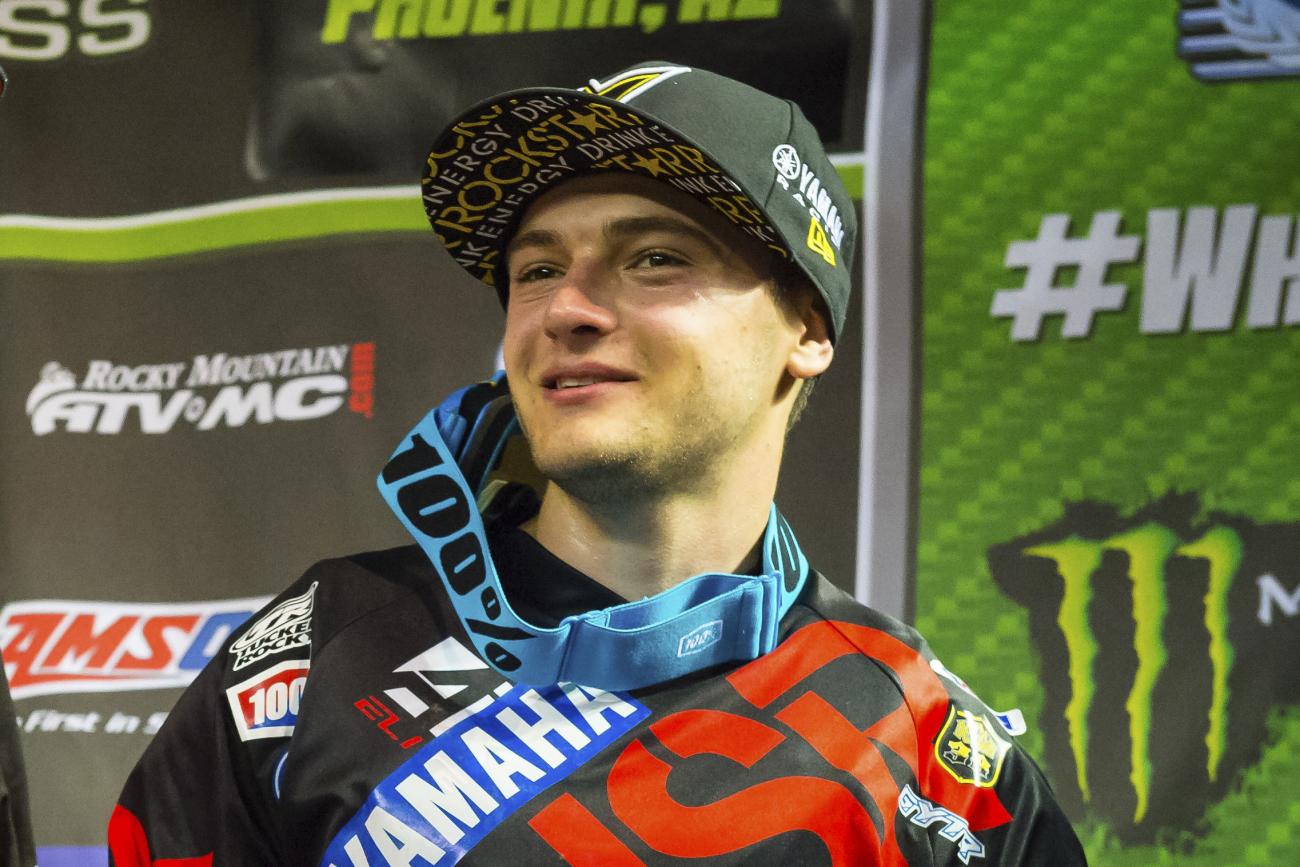 250 Words A Student and the Professor

On Saturday night in Phoenix, Yamalube/Star Racing Yamaha’s Cooper Webb achieved a career milestone when he earned his first AMA Supercross victory in the 250SX Class. Webb’s already won an outdoor national (not to mention the All-Japan National Finals), but this one probably means even more than that outdoor win for one member of his inner circle.

Gary Bailey is a name synonymous with supercross racing. He started out as a racer himself, one of the top racers of the very early days of American motocross and a pioneer in “stadium motocross.” He was the man who built the first Daytona track back in 1971, more than a year before the Superbowl of Motocross at the Los Angeles Coliseum. He finished on the box in 1973 in the 250 Class, though that race was part of the outdoor nationals. When Daytona launched the first-ever stand-alone AMA Supercross Championship in 1974, Bailey not only built and managed the track, he finished fifth. Then he went to the Houston Astrodome and built their first SX track too.

When Gary’s racing days ended, he invested himself in teaching his Gary Bailey Motocross Schools, which took the man known as “the Professor” all over the world. He was also helping raise David Bailey, who would grow from “the Little Professor” to one of the sport’s all-time greats a decade later. When David clinched the 1983 AMA Supercross Championship, Gary was at his side as coach and mentor.

David’s racing career ended all at once on a January day in 1987, and the years since have been a rollercoaster for Gary. He’s had his personal ups and downs, but he’s never left the sport he helped shape. He began working with Cooper Webb a few years ago when the kid was still on minicycles, and he’s helped shape his style and technique into a successful formula.

Now, more than forty years after he first got involved in supercross at its ground floor, Bailey’s help in getting Webb past that first checkered flag on Saturday night adds another chapter of success in the twilight of the Professor’s long career.