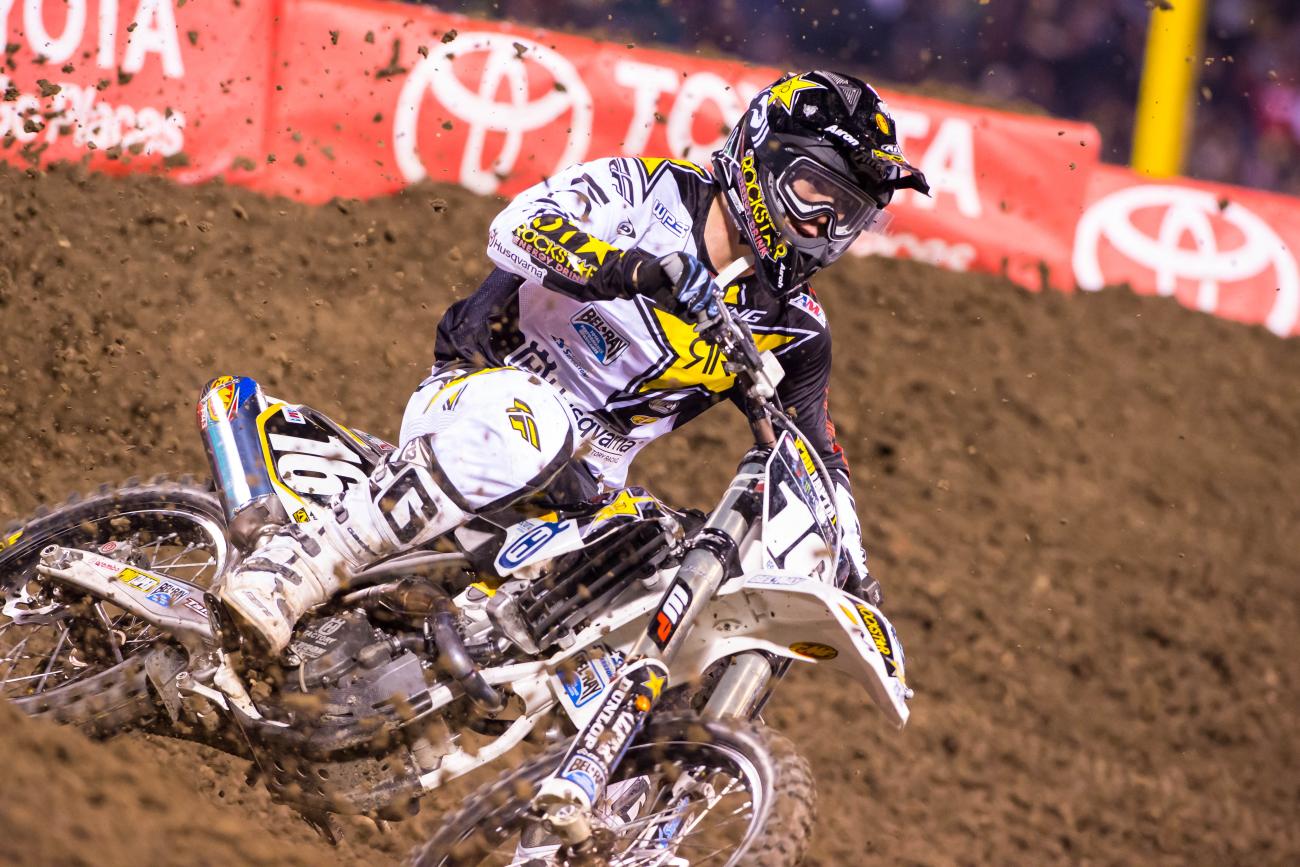 Wil Hahn – Arm and Back
Comment: Monster Energy Kawasaki’s Wil Hahn is expected to miss the duration of Monster Energy Supercross due to a broken arm, broken ribs, a possible broken collarbone, a punctured lung and multiple broken vertebrae in his upper/mid back in a crash during practice at A1. Hahn underwent surgery earlier in the week on his arm and the team hopes to have him back for Lucas Oil Pro Motocross.

Zach Osborne – Fractured Thumb
Comment: Osborne suffered a fractured thumb in his heat race at A1. It’s a clean break and Osborne plans on bracing it and racing in Phoenix.

Jake Oswald – Collarbone
Comment: Oswald crashed at the season opener in Anaheim and sustained a broken collarbone. He had surgery this week to have a plate and ten screws inserted, and hopes to return in Houston.