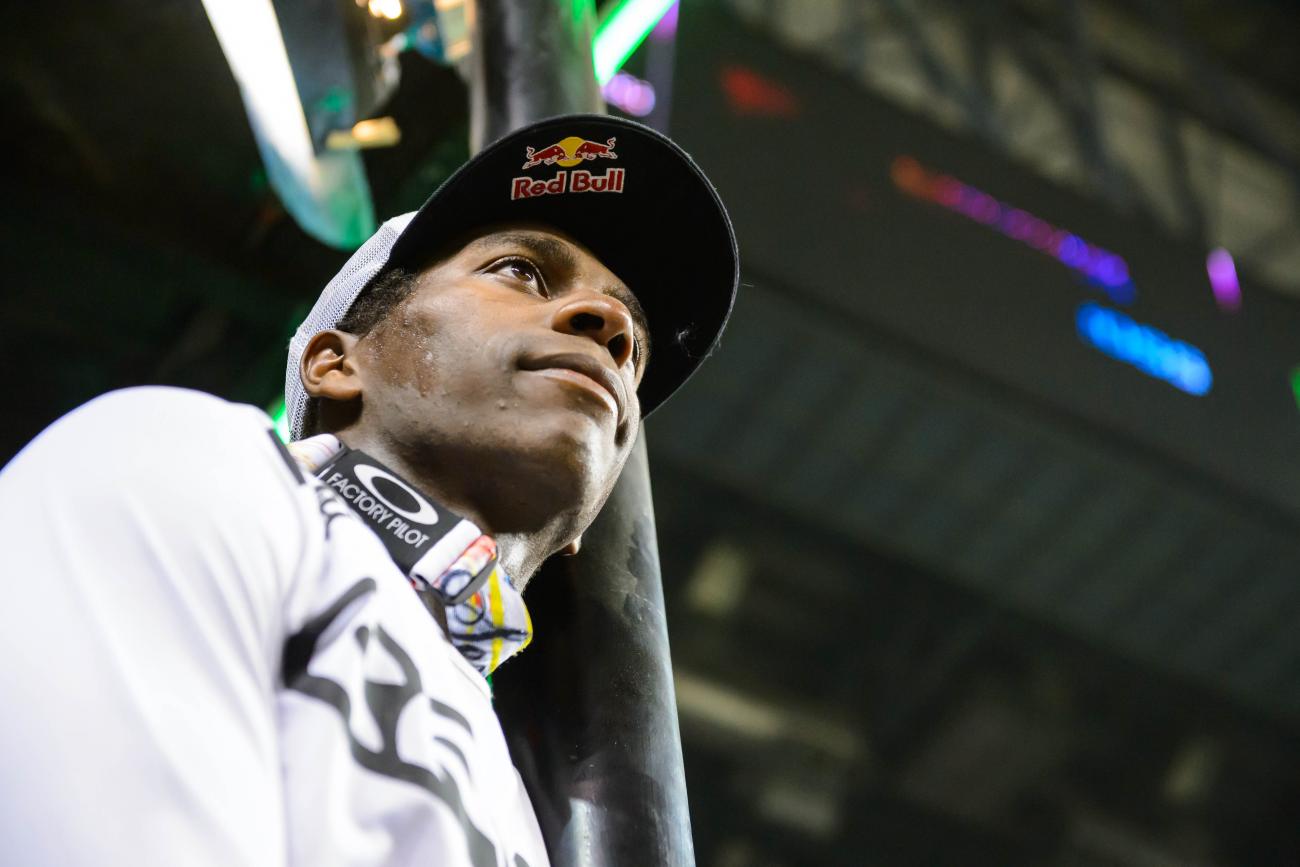 You may or may not agree with the FIM’s recent decision to declare James Stewart ineligible for competition for the next sixteen months; however, we have been able to shed some light onto why they made the decision they did. We also learned more about some other things that impacted by this decision.

Why did supercross bring in drug testing, anyway?
It came in because the FIM uses it in a variety of events. With supercross being an FIM championship, WADA comes along with the territory.

Why is his penalty so darned long, anyway?
Sixteen months seems like a lot; however, it’s key to understand that these penalties usually work around a basis of a two-year ban. (Here were our initial thoughts.) Based on that, James’ sentence was actually reduced by eight months. In addition, they made the sixteen months retroactive to the April test. They could have easily started the sixteen months after his last competition, which was at Millville in July. While he was allowed to compete at Millville because it was a non-Signatory event, the WADA code does say an athlete would get credit for time served if he voluntarily stayed out of all competition. James chose to keep racing, but the FIM chose not to use that against him and still backed things up to April.

Why do football players only get four games for the same stuff?
Most of those major sports created their drug testing policy in partnership with the players’ unions. They have totally different rules than WADA or USADA, so this is an apples to oranges comparison.

Could this penalty change?
It could, as James plans to appeal. Also, we saw a terse letter from the AMA to the FIM two days ago. The AMA is not going to be able to completely overrule the FIM, but maybe this opinion could have an impact on judgments during his appeal. It’s possible the sentence could be reduced, but we can’t imagine the reduction would be huge, because of what we listed above: twenty-four months is a fairly standard ruling and James only got sixteen.

Did WADA or the FIM penalize him?
Technically the FIM did. But the FIM doesn’t have complete freedom. If WADA disagreed with the penalty, they could take the FIM to the Court of Arbitration for Sport (CAS) and try to overturn the penalty. Suffice to say the two organizations try to make penalties they both agree on.

James was allowed to keep racing Lucas Oil Pro Motocross last year. Why not in 2015?
We wrote about this as the news broke in June. There’s a big difference between the provisional suspension James had last year and the ineligibility he’s now saddled with. Provisional suspensions only impact Signatory events, which in this case means events with an FIM sanction. That doesn’t apply to the AMA Pro Racing sanctioned motocross championship. But ineligibility impacts everything—Signatory events, Non-Signatory events. Here’s the wording from the WADA code:

Didn’t James have a prescription?
Stewart released a statement before Muddy Creek after the original announcement in June that said he did have a prescription for the amphetamine found in his system. But a prescription doesn’t make it okay for you to take that medicine while competing. You need a Therapeutic Use Exemption (TUE) for that.

Didn’t James get a TUE?
After failing the April test, James did go about the process of getting a TUE. It’s much more complicated than getting a prescription. He got his TUE in October, so that means the next time he races and gets tested, he’ll be okay. But he’s still in trouble because he didn’t have the TUE in place when he was tested in April.

Don’t they have testing at the motocross nationals? How did he pass the Colorado test?
Just because he passed doesn’t mean he didn’t have the amphetamine in his system. What? How? MX Sports’ new testing deal for motocross with USADA was signed just before the season, so USADA required all testing to be considered at the “non-national” level. The difference is that with non-national testing, USADA is a little more lenient on some things, like things that require a TUE. (They take a long time to get, and it would have been impossible for a rider to talk to USADA people during the meeting at Glen Helen and then have the TUE in place for the race two days later, for example.) It’s important to note the non-national designation only changes things for substances you could get a TUE for. If an athlete is found with hard core HGH in his system, he’s in in big trouble no matter what.

In a non-national test, athletes can be cleared one time, but only one time, and given a warning. This might have happened with Stewart, but we’ll never know because USADA only communicates with the athlete, and if there isn’t a penalty, there’s no reason for them to announce anything.

By the way, this only works during this first year with “non-national” level testing. The 2015 nationals should have national level testing.

Is there a chance they found something else in James’ system?
The FIM statements from June and again this week have specifically said amphetamine only. We’ve seen plenty of athletes busted with a giant list of PEDs and other substances listed publically. We have no reason to believe they would leave something out of an announcement now.