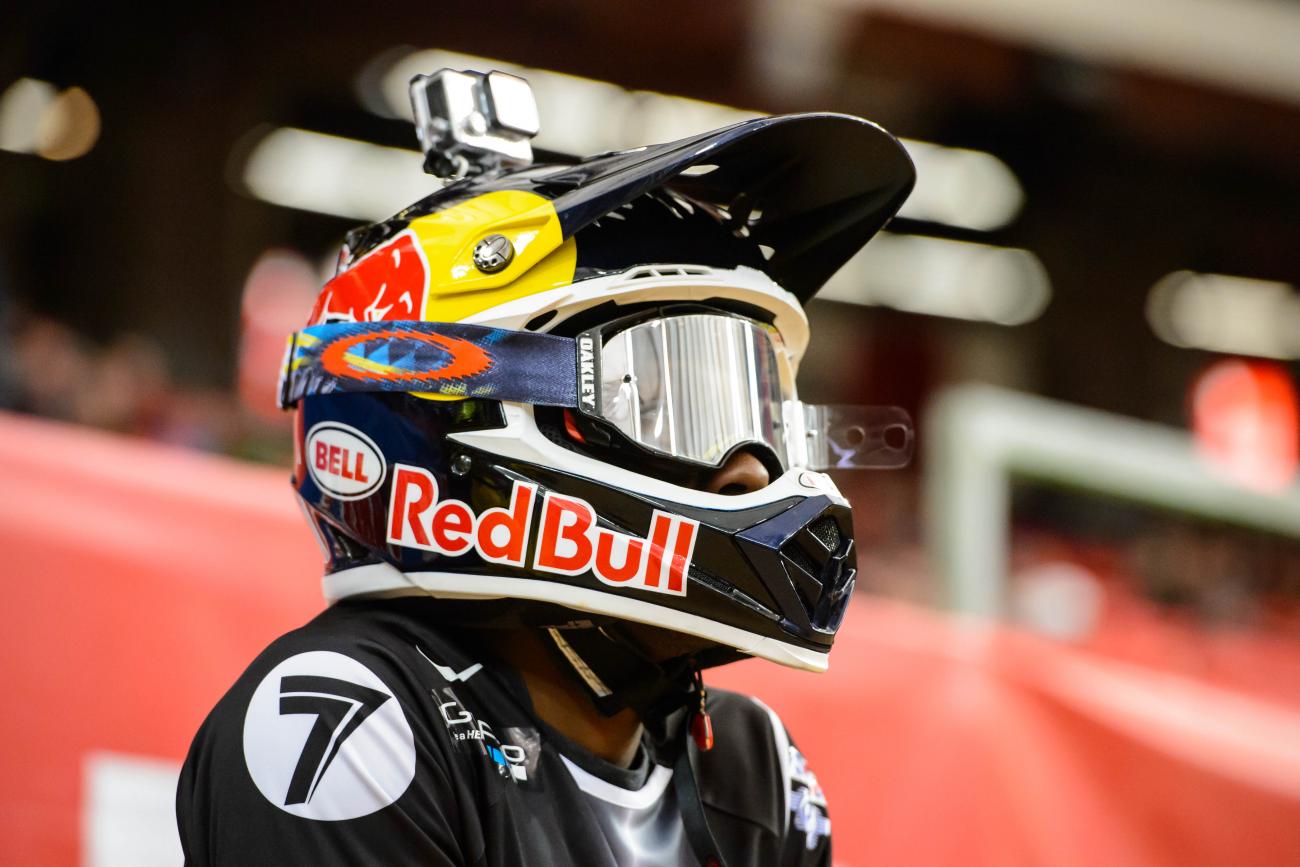 We now know James Stewart has been handed a sixteen-month suspension by the FIM, retroactive to April. He will be ineligible to race Monster Energy Supercross or Lucas Oil Pro Motocross events until August 11, 2015 (although he does plan to appeal that decision). Here's what our staff thinks of the news.

Jason Thomas: Well, this certainly set a precedent. For the past six months, the motocross world has been in varying states of suspense waiting for closure on James' failed drug test.

Everyone with a brain (and this is in question for many) has an opinion on what the appropriate course of action should be. Some think he should be released immediately, and the whole matter was absurd to begin with. Some believe he should be burned at the stake for the heinous WADA violation. Others think there should be some sort of punishment befitting the situation but within reason. This middle-of-the-road assessment is where I tend to end up after months of mulling it over. I do think that something should be done. There were clear procedures in place and every single rider signs the FIM Anti-Doping clause in their licenses on an annual basis. The rules are pretty clear. In fact, Adderall is one of the top-five banned substances listed in the addendum. Not applying for a TUE was a big mistake and something had to be done.

A sixteen-month suspension is overkill, though. This is killing a mosquito with a rocket launcher. There are far more options that would have allowed the point to be made while not potentially forcing someone into retirement. I was of the opinion that a 4-8-race suspension would have been harsh enough to take a strong stance but also allow his team and sponsors to not completely lose their investments.

Alas, that was not the case. The powers that be have ruled with an iron fist, and barring a successful appeal, James Stewart is out of action for the 2015 season. Whether you are a #7 fan or not, it's a sad day for the sport of motocross. I have had my fair share of reasons to not cheer for James in the past, but I would never shy away from the fact that he makes the sport more exciting. For the sheer fact that the sport loses out on such a great rider and addition to the series, I am disappointed.

Chase Stallo: Did James Stewart deserve to be punished? Yes. He clearly broke the rules in place by not providing the proper paper work (which he then later got and had  approved by WADA) at the time of his test in April.

Does he deserve a sixteen-month suspension? I don’t think so. Furthermore, I feel we are going down a very slippery slope with the decision. A strong precedent has been set that we can no longer go back on. If the suspension handed down would have been four to eight races along with a hefty fine, which I feel would have sent a strong statement, the option to further increase the suspension (based on individual cases) would still be there. It’s hard to go up from nearly a year and a half.

If James was caught using HGH, steroids, or another performance enhancing drug I believe the FIM and WADA should throw the book at him. I don’t think that was rightfully done here, although some will disagree. James was using a drug prescribed by a physician that while illegal according to WADA, was later approved.

While this is the first major case that’s been presented, there were a lot of missteps in this process. The best we can hope for is that it sparks more discussion on how to improve. In the meantime, we are losing one of the greatest riders in the sport, and many are left questioning the decision. It’s a dark day in moto.

Jason Weigandt: In my opinion, the punishment doesn't fit the crime. I know James legitimately failed an anti-doping test, but he wasn't caught with a gnarly PED. It can definitely be argued that an Amphetaime could be beneficial to an athlete, however he now has a Therapeutic Use Exemption in place to legally be allowed to race while using the amphetamine….in the future. The entire penalty, then, comes from James not having that Exemption in place when he was first tested. Yes, he deserves a punishment for that. Sixteen months? That seems harsh.

However, we should have seen this coming. Read this link about Australian road racer Anthony West, who was in a similar situation after failing an anti-doping test. In his case, the FIM only suspended him for one month. The World Anti-Doping Agency didn't agree with the FIM decision and then brought the case to the Court of Arbitration for Sport (CAS), asking for West to instead receive a twenty-four-month suspension. The CAS settled on an eighteen-month suspension for West.

Let me put this is simple terms: WADA is gnarly. If you fail their test, you're going to be hit hard. This has nothing to do with James Stewart, his sponsors, or Monster Energy Supercross, Lucas Oil Motocross or anything like that. This is simply what WADA does. Most folks within this sport are saying this sets a precedent, but it does not. WADA already set the precedent via previous decisions in other sports, and they’re just sticking to it here. They’re not looking at supercross any differently than any other sport. In a way, this is actually a good thing, because all along we've heard conspiracy theories floated around saying Stew will be fine because "he has money" or "he helps the promoters sell tickets." WADA does not care about any of that, and after that Anthony West situation, the FIM knows if they don't hand out a harsh penalty, WADA will take them to the Court of Arbitration for Sport and make them do it. There's already been a precedent set here. No one can argue a way around that.