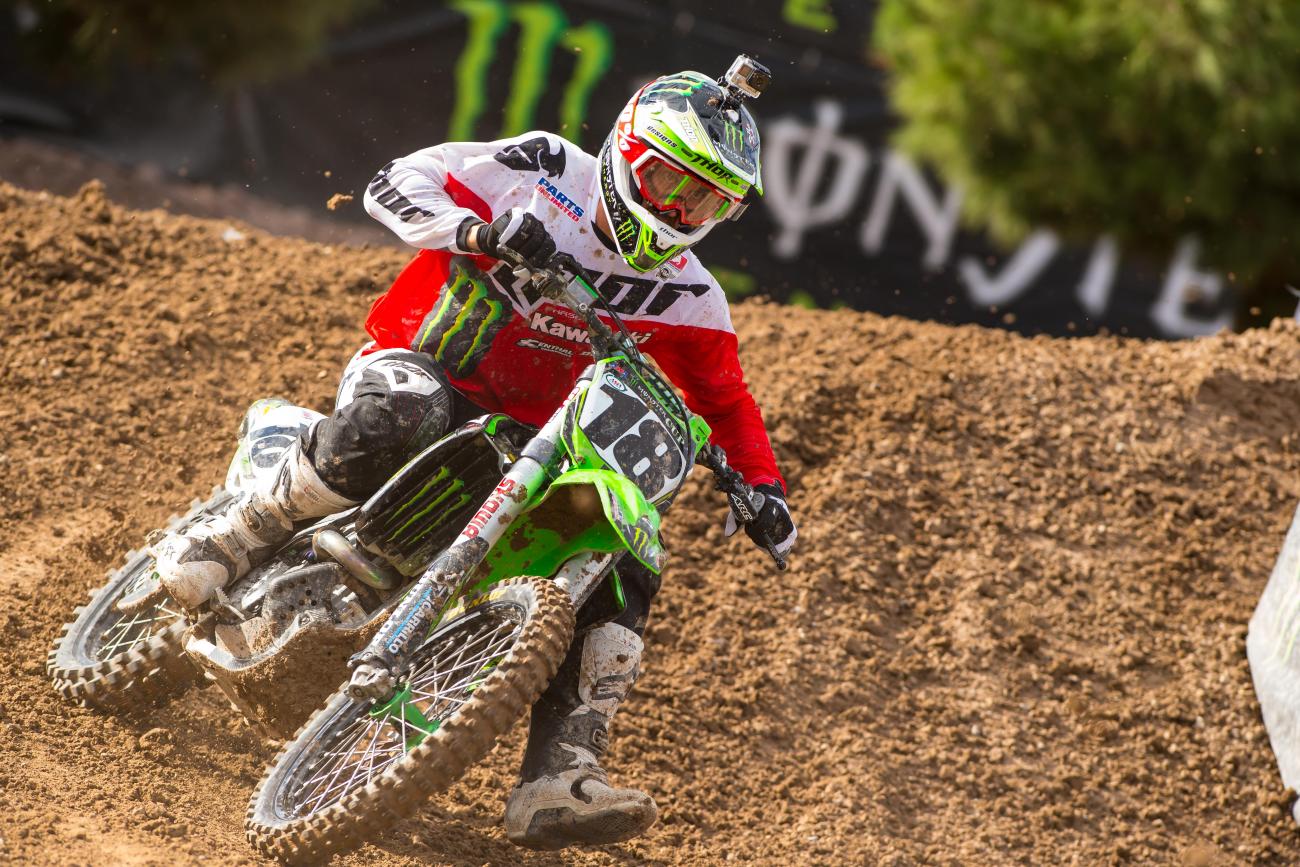 Hello, everyone, and welcome to the Rev Up. It’s close enough to feel it now. There is still a pinch of time left in the year, but there is a sense of restlessness throughout the industry. We have exactly thirty days until the gate drops on the new season, and my mind is already racing.

Who is going to be the guy this year?

I’m aware of being a little premature to get revved up this early, but there will still be plenty of gas in my tank come New Year’s Eve when the Anaheim 1 column drops. However, I can’t ignore the itch right now.

Let’s do some bench racing, shall we?

First off, The Thunder. Chad Reed won two of the first five races last season and set the sport on fire. It’s hard to say a two-time champion came out of nowhere, but he was Bantha Fodder in 2013 by his super-high standards. He said he felt like he could still win the 2014 Monster Energy AMA Supercross Championship, and he very well may have if he hadn’t broken off pretty badly. Now he has to do it all again. There are a lot of unknowns in this division heading into the new season, but Mr. Reed is going to be one hell of a question mark.

Can he come back again? I believe this is the last chance he has for his third supercross title, and I can’t wait to watch him come alive after three or four races—maybe even earlier.

Next up, the rider that intrigues me the most: Ken Roczen. For as long as I can remember, I’ve read headlines about the dreaded sophomore jinx. I have no clue who came up with that nomenclature, but I have witnessed it come and bite riders like Damon Bradshaw, and Ryan Dungey. Rookie fire doesn’t always carry over into the following season. That said, Roczen has beaten all the clichés to this point. He’s ultra fast and highly intelligent on the track, and he has an outstanding bike under him. Many are picking him for the title, but I wouldn’t go fitting any crowns in December.

Where does Ryan Dungey fit into the title picture? I’d say near the very front. He had an off year in 2014, but he wasn’t very far from being on point. Roczen’s KTM vacancy could streamline things under the orange tent for Dungey, and one would be a fool to overlook him as a title favorite. The field is too stacked for him to “diesel” through the first half of the series, so he’ll need to come out swinging. He was flat at the Motocross of Nations again, and he also didn’t look his best at the Monster Energy Cup. Be that as it may, I think he’ll be salty on the evening of January 3.

Davi Millsaps could be your 2015 champion very easily. We don’t often see a rider miss an entire season then come back and win the title (Ricky Carmichael did), but Davi has everything he needs to get the job done. He is riding the brand that won the championship four times consecutively, and he looked extremely comfortable while winning the MEC a couple months ago. If they build big whoops on the frequent this year, #18 will be setting sail. This is not a dark-horse pick for the title; he is a favorite in my eyes.

What about Trey Canard? He was the fastest rider at the end of the Lucas Oil Pro Motocross Championship and easily won the first two main events at the MEC. He’s been healthy a full season and has a legitimate shot at bringing factory Honda their first #1 plate since the Carmichael days, which stretch back over a decade now. They are all saying that the CRF450R is finally dialed in, and what a Cinderella story is would be if Ice Trey wins this thing. The #41 is my pick to win Anaheim 1.

Remember that sophomore jinx I spoke of? While Eli Tomac’s real rookie season was the 2014 supercross campaign, he smoked his shoulder in the first heat race and essentially took himself out of contention. I’m calling 2015 more of a second shot at his rookie season in the 450SX Class, and if the off-season supercrosses prove anything, it’s that he is the fastest rider in the world right now. But how much do those weird races prove? I kind of have an eyebrow raised when I look at Tomac. I don’t think it would surprise anyone if he grabs this series by the short and curlies.

The biggest “move” of the off-season was Justin Barcia going to Toyota/JGR Yamaha. He brought a ton of Monster Energy money with him, and as he climbs aboard a bike that Justin Brayton made look very, very good in 2014, the pressure is on. Bam Bam took a dirty slam at the Genova SX, which may have impeded his late training push, but rest assured that Johnny O’Mara will have #51’s lungs up to iron-man standards in a month. Barcia is a controversial rider, and it won’t take long for the first rider to hit the dirt from the results of Barcia’s fork guards. If he wants to win the title, he should cut that crap in half and focus on being consistent. He’ll be stronger than ever in 2015 and is a viable title favorite.

Ah, the enigma of James Stewart. I wish I had more to report, but it’s still unknown if he’ll race. Through the gift of social media we know that he’s healthy because he has been riding and practicing a bunch. I hope they figure his mess out and he races for this championship. He was faster than ever in 2014, but he was too inconsistent to be considered a title favorite in 2015. I’m crossing my fingers that he is able to race. Stay tuned to www.racerxonline.com for the word in the next thirty days.

Dean Wilson, Andrew Short, and Justin Brayton are all racing factory KTMs. And do not discount the speed of new Husqvarna factory pilot Jason Anderson. He is my dark-horse pick to place in the top five overall. Weston Peick, Wil Hahn, Josh Grant, Cole Seely, and Blake Baggett will also pit under factory awnings. I’ve never seen this level of talent all on factory machines before. That is where the depth comes from in my eyes. There are other guys like Nick “The Milestone Assassin” Schmidt, Nick Wey, Josh Hill, and Jake Weimer who will force the factory guys to race hard in heats, semis, and LCQs. Last but not least, do you remember who won the first heat race of the season in 2014? Mike Alessi. The #800 has gotten a lot better at SX, and I think he will race in the top ten in 2015.

Just look at this bunch. It’s all going down in thirty days. Is it too early to start talking about it and seriously thinking about who is going to win it all? No. There is so much to talk to talk about that I could have written 5,000 words.

Who do you love and why?

There is something big building up, and it’s going to be the biggest and best season in the sport’s history. There will be more people watching on television and more tickets sold than ever before. That’s a fact, Jack. Thirty days till show-time.