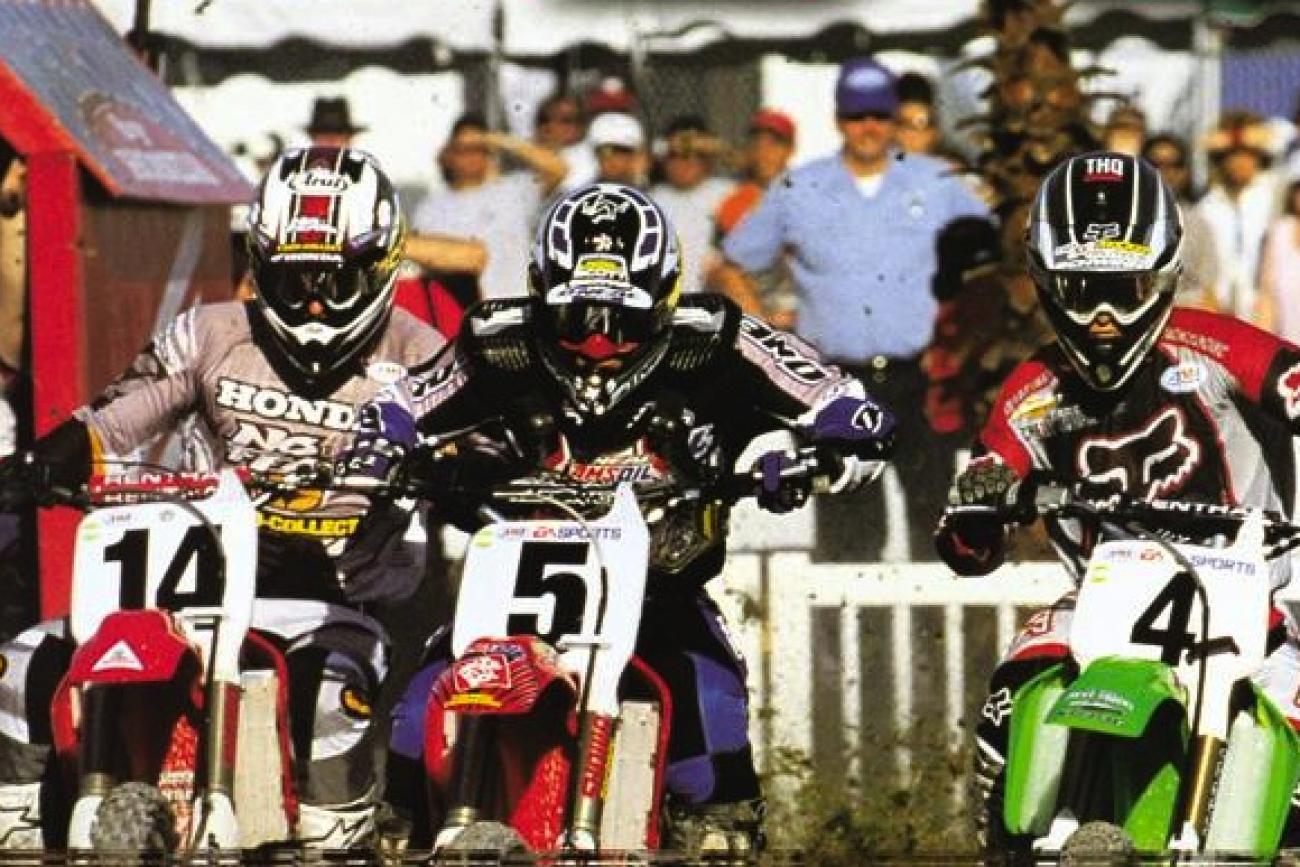 On Friday night in Orlando, Mike LaRocco will be inducted into the AMA Motorcycle Hall of Fame. Hailing from Indiana, LaRocco enjoyed a long and successful career in professional motocross and supercross, winning two AMA Championships and many races. He was also a workhorse for Team USA at the annual Motocross of Nations. From 1987 through 2006, LaRocco was a staple on the AMA circuit. When his career ended, he began working with the GEICO Honda team as manager, and he's helped guide his young riders to several championships in both Monster Energy AMA Supercross and Lucas Oil Pro Motocross. As a salute to the rider best known as The Rock, we pulled out some of his past covers for various magazines, ranging from his days on the cover of Cycle News to our own publication. Everyone at Racer X Online salutes Mike LaRocco, and we congratulate him and his entire family on this well-earned recognition from the AMA Motorcycle Museum Hall of Fame.