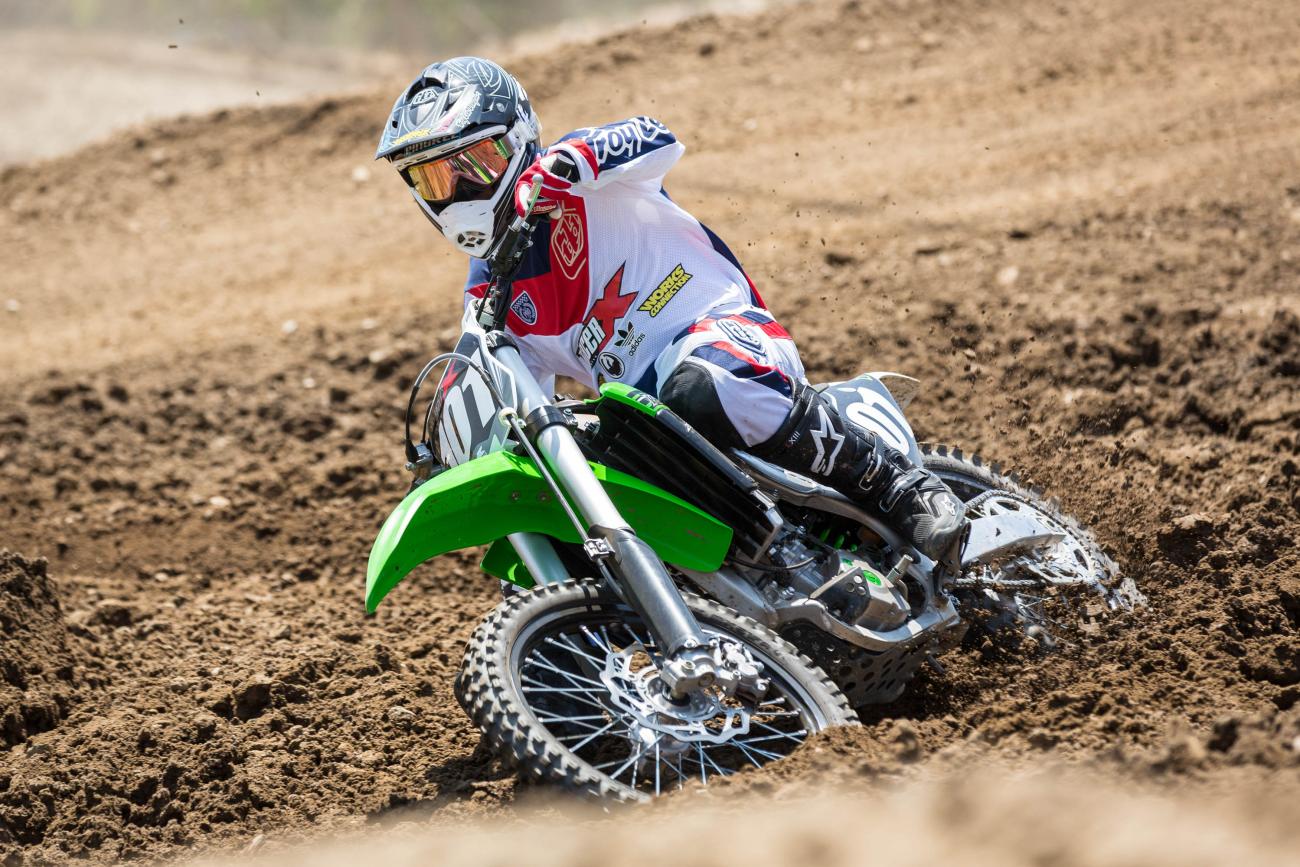 Love reading your opinions and your no-frills-attached answers, so here's my question.

On seeing Reed's pic on Instagram with the 'unofficial official news' that Josh Grant is moving over to the 22 rig, my question is... How much does politics and money (sponsorship money) decide if Team A is going to sign rider X over rider Z, even if Z is better?

No offense to Grant, he is a truly great rider and has raw talent, but you have to agree that he hasn't finished a complete season for a long time (that I can remember anyway), and he always seems to get a very good ride each and every year! Now, I'm not just hitting on Grant, because as I said, i think he is a very good rider and Im just using him as an example, but I did read at some point (either on this website or another leading MX site) that his move over to the 22 rig was Sponsor related, hence the question. And as you have been on both sides of the fence (rider and team manager) maybe you can enlighten us on this... Is SX or MX getting political?

Look forward to reading your ideas on this...

First of all, I want to say that Josh Grant had one of his better seasons in 2014, which included a shocking moto win at the opener. Not a lot of guys can say they did that, including Reed. Grant seems to shine outdoors, and that is a place where Reed could have used some support this summer. So, if you are Reed and looking over names of riders who are available to hire and within your budget, he has to be near the top of the list. As far as sponsors swaying that decision, there certainly could be some truth to that. If some of your key sponsors really want to see you hire a guy, it can have some pull in your decision… especially if they offer to pour in a little more cash to make it happen. It happens all the time. I'm just stoked to see Reedy growing his team and adding another rider, regardless of who it is.

Eat 5 ghost peppers or do Romaniacs?

Get caught sleeping with your mother-in-law or attempt a backflip?

How much money would it take for you to turn your back on the entire dirtbike industry for a year? Forever?

I'm going to rip through the first questions and spend a little more time on the last one: ghost peppers. Back flip. $500,000/$1,500,000. Anaheim 2000 season opener win. My biggest regret is not appreciating the job more while I was doing it. Most riders will tell you they don't have any regrets because they worked hard and "left it all on the track." However, the fact is every single rider who has ever lined up and raced professionally has regrets of some kind or things they would do differently. For me, it would be a change in my perspective. Some guys get this right away, and it's never really a problem for them. Andrew Short is a perfect example; he loves everything about the job including the travel, testing, hotels, and autograph signings. I had a tendency to focus on how terrible the travel process was instead of how lucky I was to be racing motorcycles for a living. It sounds cliché to say we need to stop and smell the roses, but its true. At least slow down enough to see how good you really have it. I think that is something most of us can apply most of the time, regardless of our occupation.

Hello, Ping. I have a question that has been on my mind with the racers that retire from moto. For the life of me, I cant understand how and why there is so many racers that take the route of guys like Ben Ridle. As a racer for 10 to 15 years, I've never done anything more mentally or physically challenging, not to mention the stress level that you deal with on a daily basis, whether performing where you believe you should or when is that next big injury. (at least for me anyway)  Life after racing is obviously still one hell of a challenge and far from a walk in the park, between work, family, bills, and everything else that comes with it.. but at least you could kind of control your destiny. We have seen a ton of top riders turn pro and we never see their name again, because of injury that strikes every time things get good. Its really nice to be able to carry that moto related mind set into whatever work you chose to do and not have these set backs that end our dream every time you think you figured it out. Looking back, I believe Its no comparison to how hard it was just to make it where i did in moto, which was just on the amateur level, to what a real job is for me now.I have a ton of respect for all those guys on the gate from Ryan Villopoto to the first guy he laps every weekend. I truly believe that moto racers are a special group of people. As a huge fan of motocross it really bothers me to see guys that have so much drive and determination just give up on life when their dream is either not met or ends. Not to mention the guys that do make it to the top, (more than i would like to see) that seem to fall off the band wagon once the ride is over. My point is if everyone that retires from racing and even the one that doesn't make it to the level of it being there career would put 50% of what they put into motocross, I guarantee  you would see a lot more entrepreneurs that come from our sport. I don't care if they go into the damn janitorial business, I guarantee they would be some of the best janitors in there town. Am i missing something? Why don't i read more success stories about the guys that i looked up to? It sure makes my day when i do.

That's a great observation, Chase, and that mindset is something that has to be instilled at the parenting level. My dad constantly took learning moments at the races and questioned me about how it applied in every-day life. Hard work produces results. A positive attitude is a must to succeed. If you get knocked down, get up again. Wait, that one might have been a Chumbawamba song in the 1990s. The point is that if you take all the things you've learning about how to succeed in the sport of motocross and apply them to any job in the real world you will be successful. Why don't more racers do that? I'm not sure. I've got some friends that I grew up racing with who are just floundering right now. I will say that life changes when you stop going to the races, and if you don't have a plan or a new dream in place to focus on, it can be difficult. To go from being a star on the weekends with people lining up for your autograph and telling you how awesome you are, to being unemployed with no occupational skill-set and nobody caring who you are can be sobering and may lead to, ironically, some heavy drinking. To those guys, I would just say find a new goal and get busy working to achieve it.