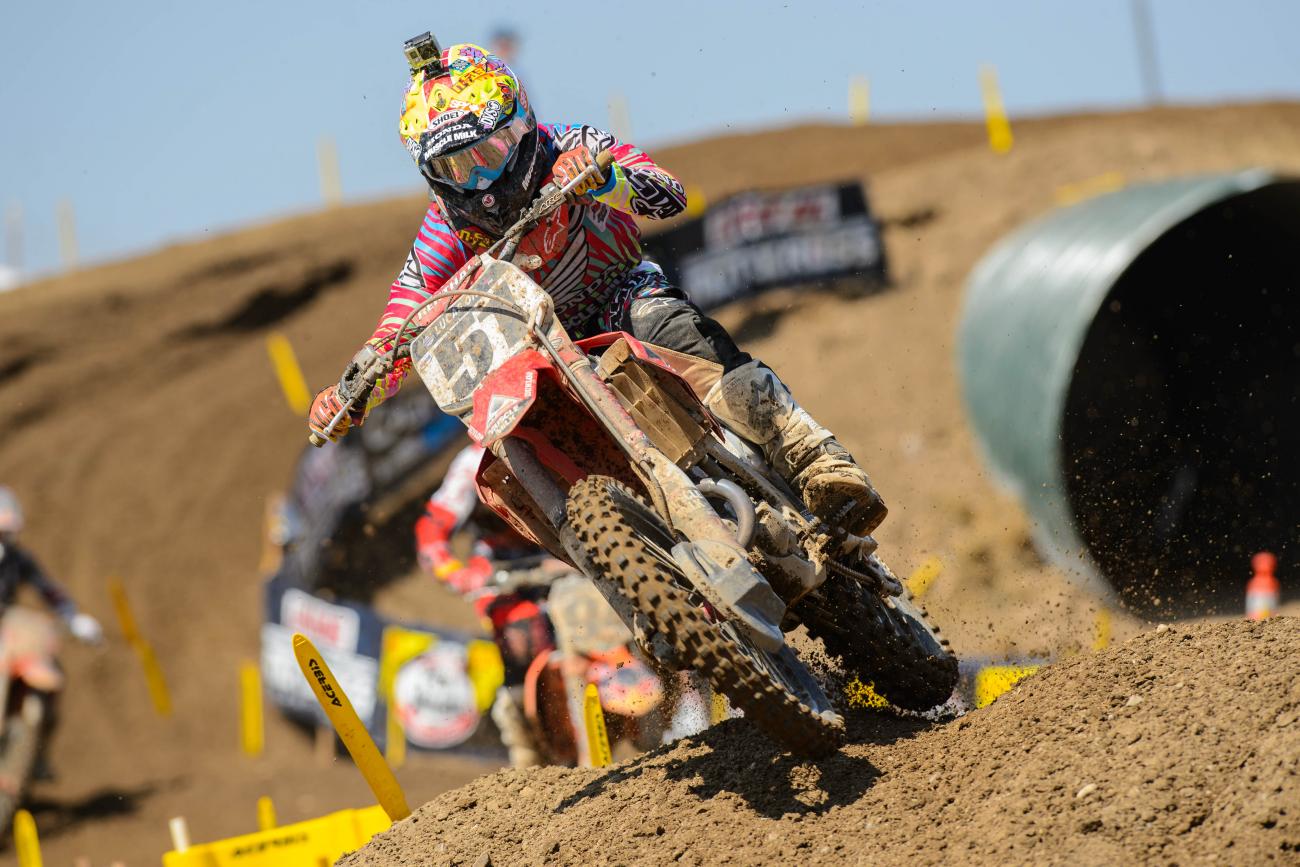 Yesterday, it was announced that Team Honda Muscle Milk’s Justin Barcia will have to undergo ankle surgery and miss the remainder of the season. Here’s our take on the move, add yours below in the comments section:

Jason Weigandt (Web editor): First off, we need to address the elephant in the room: Barcia is going to a new team next year. But that's not a factor in any of this. These dudes are racers and they want to win every race they can. Note that Ken Roczen is rumored to be moving on from KTM next year, too, but you don't see him slowing down any, do you? Ricky Carmichael delivered outdoor titles twice for teams he was leaving (Kawasaki and Honda) and James Stewart logged his perfect season while on the way out at Kawi. There are a few exceptions, but most of the time the riders separate business from racing. Just look at the way Barcia rode in what turned out to be his last ride of the season, Hangtown's second moto, and you'll see how badly he wants to win. So let’s leave the conspiracy theories aside. He's out because he's hurt, not because he's already thinking about next season.

That second Hangtown moto is the real kicker, because it will suck to lose Barcia's take-no-prisoners attitude. While he had yet to show he could take the KTM killers down for a full moto, he's always a threat and he always tries hard. That Hangtown moto might have been the most action-packed race of the season, and Barcia was the reason for it. I don't think losing him has a massive impact on the championship, but the races will be less exciting without him.

One other factor is Team USA, which Barcia has ridden for the last two years. The surgery would put him behind the eight ball for that, but with an impending team switch, I don't think it was likely he'd ride for the team anyway.

Now we’ll have to see if Honda puts someone on Barcia’s bike for the rest of the summer.

Chase Stallo (The other web editor): The loss of Justin Barcia will negatively impact the series in a multitude of ways. While his chances at the title were thrown out the window after missing Thunder Valley—some thought they were gone before that—Barcia’s loss will still influence the title chase. For example, it could have a profound effect on Trey Canard and James Stewart.

First, let’s look how will affect Canard. Not only does he lose his teammate and someone that will help improve the bike, he losses an ally. Yes, motocross is mostly an individual sport. Yes, they are both title contenders and probably aren’t helping each other much. But losing another red rider, no matter how insignificant it may or may not be, could be felt down the road. Don’t forget the rivalry factor. Canard and Barcia always seem to push each other, they’re close in speed and neither wants to finish second to the other. Being the top red rider holds value to these two.

Stewart and Canard are hoping to make up some ground in the championship, but losing Barcia means one less rider to stuff between themselves and the KTM boys. In the three motos Barcia finished before injury, only Canard, Roczen, Dungey and Stewart finished ahead of him. If Roczen and/or Dungey get bad starts, get caught in a first turn pileup, or any scenario that sees them having to come from the back, they now have one less roadblock on their way to the front.