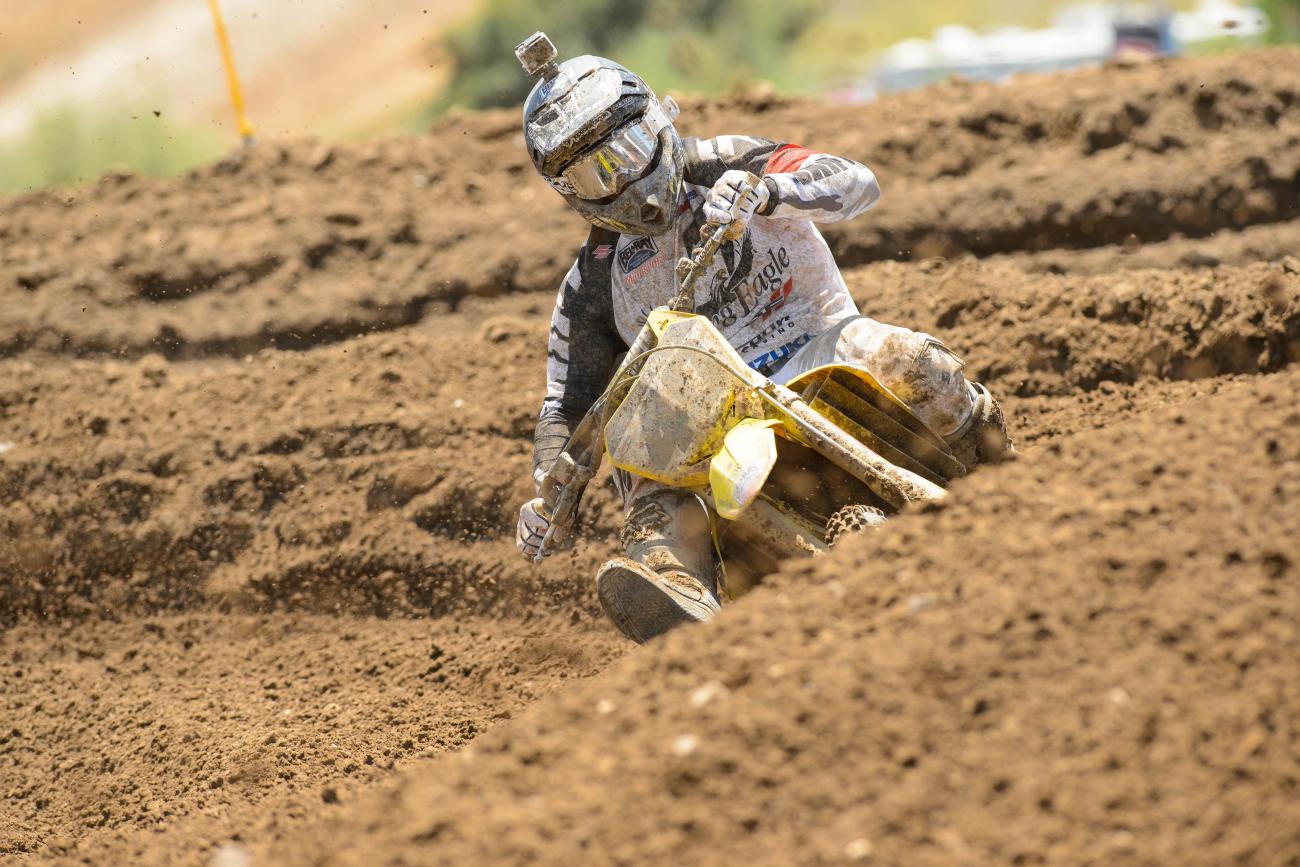 3 on 3 Questions after Hangtown

We’ve found three more questions buzzing around the pits and answered them here with three staffers who were at Hangtown. Be sure to weight in with your thoughts below.

1. How good can Weston Peick be?

Jason Thomas: Based off what we have seen at the end of last season and the beginning of this one, I think that we could see Weston on the podium somewhere. He would need a bit of help to get there as I feel that there are a few guys simply better than him (Barcia, Canard, Stewart) that would need to have an issue. Still, he is right on the cusp and in the outdoors anything can happen in a two moto format. So, to put a firm number on it, I will say third overall is the best we could see in 2014.

Steve Matthes: I think he can get into the top three with some help. But he needs some better starts to make it happen. I think if the "big guys" start up there he won’t catch and pass them but if they have some bad luck AND he gets a good start, I think he can make the box. Can he win? I'm not sure about that. I love to watch him late in the motos, there isn’t a burst of speed but there is a ton of aggression. You can see he hates, HATES, to follow another rider. So that leads to him trying to go inside and outside of guys everywhere. You cannot stop the nihilist train, all you can do is hope to contain it.

Jason Weigandt: Podium, for sure, and I’ll go so far as saying if he doesn’t get a podium this year I’ll be surprised and disappointed. He definitely can do it if everything comes together. Maybe he’s not quite at the Canard/Barcia/Stew level (hard to know for sure because he never starts up front) but this is motocross and things happen during two motos (Canard and Stew tangled at Glen Helen, for example).

Remember a ton of this stuff is new to Peick. The bike, having a massive allotment of parts to test, heck I’ve even heard it’s hard to contain the guy during the week because he wants to train himself into the ground, which doesn’t work. If he irons out all these new little wrinkles, and he probably will, he’s podium bound.

2. Who is most likely to stop this Yamaha train in the 250s?

JT: I think this one is a total crapshoot. The most likely candidates have to be Blake Baggett and Jason Anderson. They are both very capable of pulling this off but from what we have seen so far, they are going to have to be on their game to do it. The Yamahas have been stellar from the first lap to the checkers and haven’t shown any holes in their game. I think that Baggett is riding well but his starts are so bad that the Yamaha train has long left the station by the time he saddles up. I am going to go with Anderson, as I think my counterparts will also. He has shown good speed and I think he has the intensity at the beginning to keep them close. One thing is for sure, if they don’t start with the Yamaha’s they certainly won’t finish with them. They have been that good.

Matthes: I still believe in Blake Baggett but the Baggett ship is taking on water right now. We're pumping it out, people are jumping overboard and swimming to the Yamaha raft but I will stay strong and try to keep this thing afloat. He's got to get better starts (at this point my laptop basically just types that phrase out by itself) but he's got speed and he's got endurance. We're looking good to stop the Yamaha guys at some point here soon but if we take on too much water here I would like someone to point me in the direction of the Jason Anderson boat. Please and thank you.

Weigandt: I think Justin Hill is about to break out, but Pro Circuit can’t get things to go right no matter how hard they try (I can’t believe I just typed that) so I’ll set my sights elsewhere. I’m picking Anderson because he’s had some nagging injuries and bad luck, so I don’t think we’ve seen his best and he’s still been probably the next-fastest anyway. The other candidate is Justin Bogle, who I think would have emerged as “best of the rest” had he not crashed in Hangtown’s moto two. I think the SX champs are still full of confidence and aren’t shaken yet, but that can’t last forever. So far these motos have been ridiculous. Speaking of that:

3. If this domination keeps up, will it actually result in more regular Joes and privateers going to their dealer and saying, “I need to buy a YZ250F?”

JT: I am not sure if it will directly affect the pro privateers per se, as there are many variables associated with that. Contingency, reliability and dealer involvement all play a big role in the privateer choice of manufacturer. I do think that it will help the public’s perception of the Yamaha design and increase overall sales. Being a new model, people often are unsure what to think and this domination is exactly what the doctor ordered.

Matthes: I hope so. Weege, that would be the best thing to happen. Why? Because maybe then Suzuki would poke its head out of the 250MX wasteland they're currently stuck in and invest some money in a 250 guy. What wins on Sunday (now Saturday) doesn't always seem to sell on Monday (we've never really seen a rider like, say, Ricky Carmichael winning actually increase market share) but I've got to think the Star Yamaha duo continuing to win this much will get some guys to open their eyes and try to get on blue. The idea of the "backwards" motor is solid in that there is no real air flow issues and having the EFI on top of the head allows for an instant transfer of gravity fed fuel. The Yamaha 450 has had issues but never have I heard of any rider tell me the Yamaha is slow or does not have great throttle response. In the 250s, where every single little quarter of a horsepower matters, Yamaha is onto something when it comes to the outdoors. And as I said, maybe if they sell more Suzuki will get into the game and we'll have a straight-up six OEM battle (look out for Husky next year!) for 250SX/MX supremacy.

Weege: It’s true that pro race wins don’t always equate to bike sales—which is a scary thought because OEMs are spending TONS to go racing and if they decided not to... let’s not even think about that. I think winning doesn’t always spike the brand because you can trace success other things—maybe the rider who wins is just awesome (Carmichael won on everything he rode) or a team is good (when Pro Circuit dominates Pro Circuit seems to get more credit than Kawasaki) so fans don’t always point to the bike.

I do believe, though, if a manufacturer is not competitive on the pro side, it does impact sales in the wrong direction. Yamaha has had a rough go lately so I think this success will help them immensely. Blue is simply back on the radar, and now the other factors JT mentioned will ultimately sell or not sell, but at least they’re in the mix. And the bike design is so different it could matter more—if J-Mart and Webb keep this up I could see people thinking, “Oh man, the reverse engine design is really the way to go on a 250F.” Motor builders, you don’t need to weight in here. Yamaha’s different design might not even matter, but perception is reality and those Star bikes sure look fast.