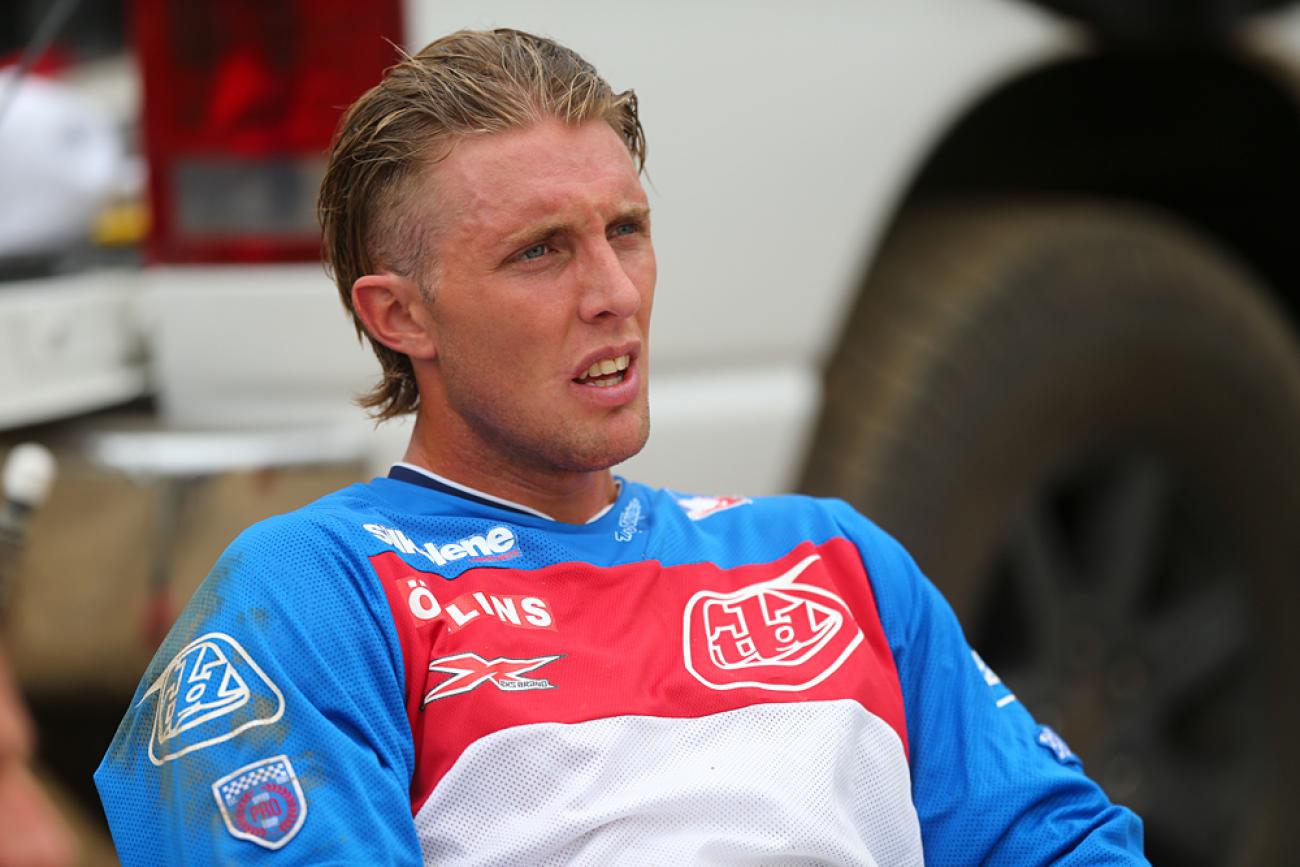 Robert Lind got a late start to his professional career. Committed to finishing his education in his home country of Sweden, Lind didn’t turn professional until age 22. But since coming to America in 2012 with MX Heaven, he’s carved a place in the privateer ranks.

This off-season, Lind signed with the Team DirtCandy Graphics for both Monster Energy Supercross and the Lucas Oil Pro Motocross Championship. The adjustment to supercross has been a tough transition, made worse by a broken wrist suffered in San Diego. Lind has ridden through the pain, but has yet to make a 450SX main event. While riders like Nick Schmidt and Ronnie Stewart have made privateer headlines with regular main event appearances, it is much more of a work in progress for the Swedish rider.

“I would say I haven’t been riding supercross at all until I came to America,” Lind told us last November. “The only supercross we ride back home is smaller than arenacross over here. You would probably laugh about it if you could see the tracks we rode before.”

As we found out this weekend, Lind was experiencing problems off the track as well. Over the past two seasons, Lind has been coming to the United States on a tourist visa. Since he’s racing professionally, the government doesn’t like that. Lind was eventually approved for a sports visa, which allowed him to race in the United States. But to race in Canada, he would have to go to a consulate to get his passport upgraded. So Lind spent the week between Detroit and Toronto meeting with the consulate so he could re-enter the United States from Canada. Got all that? Great.

In 2012 Lind sold virtually everything to come to America: his car, his apartment, his bikes. Two years later he gambled again—he tried supercross, and crossed his fingers on getting a sports visa. In the end, both worked out, and now he’s free to re-enter the country and race this weekend in St. Louis. His journey hasn’t been easy, but luckily, it continues.