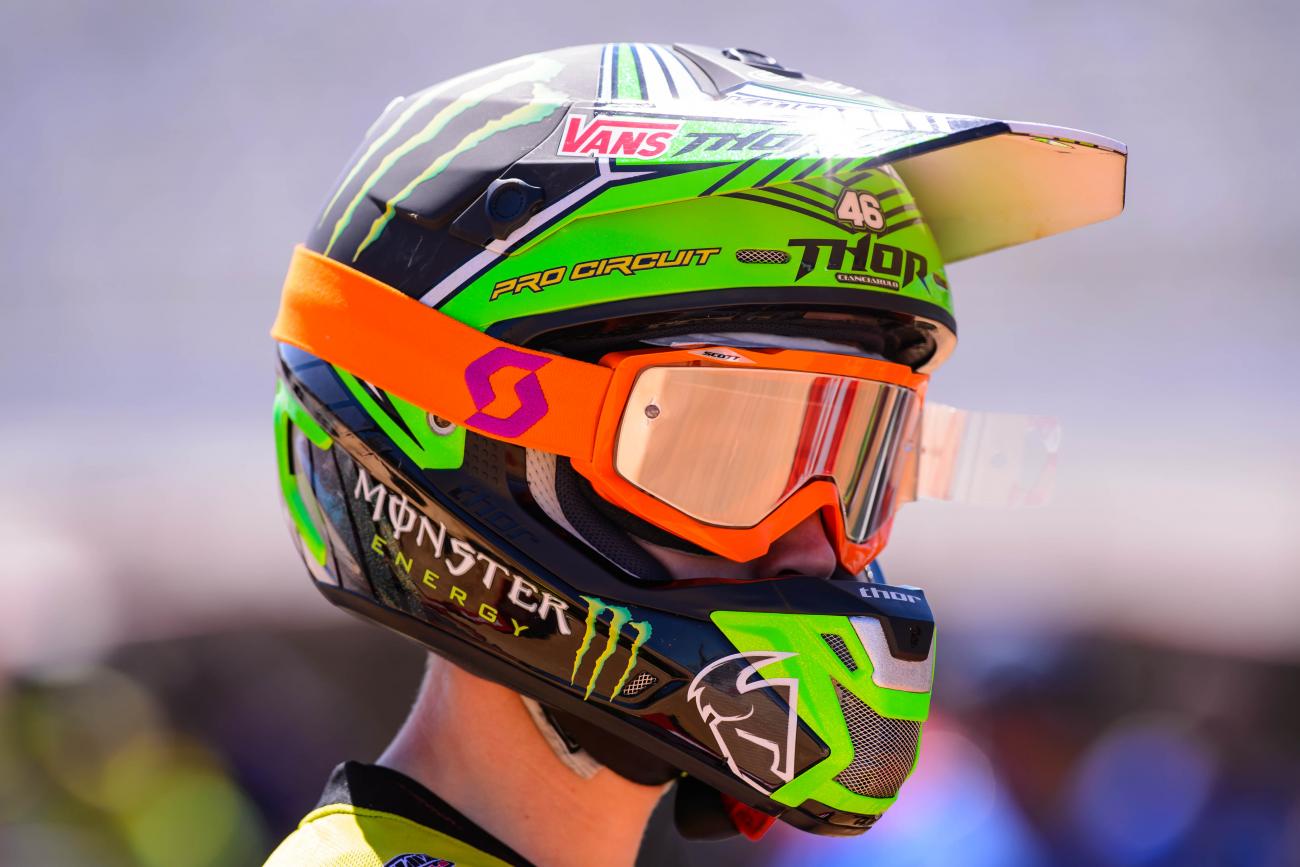 Winning eleven titles at Loretta Lynn’s, leading the 250SX East Region just four races into your professional supercross career and being widely considered one of the fastest rising stars of the sport doesn’t come without a price tag. Adam Cianciarulo's impressive results so far this year have rewarded him with much more to deal with than just championship pressure. Media obligations, dealership signings, and interaction with fans at the races are pulling Cianciarulo in a thousand directions, with the attention growing ever more as he continues to lead the points.

Next came a home race at Daytona. While the comfort of sleeping in your own bed has its upsides, a home race can also be a huge distraction.

Cianciarulo grew up 10 miles from Daytona in Port Orange. Although other spring amateur events had prevented him from racing the Ricky Carmichael Amateur Supercross event at Daytona, Adam had been to the pro race plenty of times in his younger days, when he was just a kid in the stands rooting for some heroes. Now he was back as a successful pro. Again, it comes at a cost.

“It was by far the busiest race of the year for him,” said Monster Kawasaki’s PR man Tom McGovern. Adam was tasked with doing multiple spots on local television, talking with local newspapers as well as dealing with the traditional motocross media. The local press, especially, was making a big deal of the homecoming. Making things even more difficult was the amount of family and friends in town, in the pits and in the stands. Most 17-year-olds would blow off training and hit the beach with their friends, or lose focus due to all the pressure and pulling, but Ciancacrulo remained steadfast.

"No different than any other event he has been to," added McGovern. “He handled everything perfectly.”

While Cianciarulo has waited a lifetime to compete at the famous Daytona International Speedway, the dream-come-true scenario nearly went to nightmare through a bike malfunction while leading in his heat race. But he dealt with that calmly, too, nursing it into the main, still getting a good start despite a lesser gate pick, and salvaging second on a night when teammate Blake Baggett was untouchable. This was the type of race that wins championships. Doing that, of course, will just bring more pressure, more attention and more people looking for something from him.

He appears ready to handle all of it.