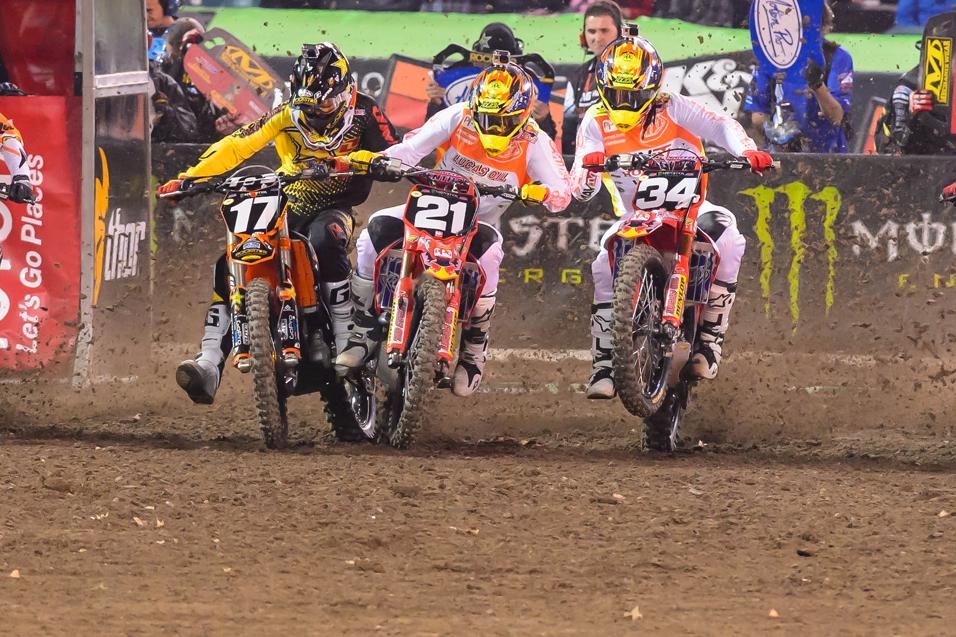 For the second year in a row, Rockstar Energy Racing played the spoiler at the season-opening Anaheim Supercross—only this time it was in the 250 class. Jason Anderson, hardly mentioned in many of the pre-race predictions, rode a smart, calculated race that saw him snatch the win from Lucas Oil/Troy Lee Designs Honda’s Cole Seely with a last-lap surge. Anderson threaded a needle in the second-to-last corner, using lappers and a barely-there inside line to block-pass Seely and score his second career win.

Of course Anderson was on a KTM, a different shade than what he and 450 winner Davi Millsaps rode last year. After feeling left out at Suzuki in favor of the Yoshimura and RCH Racing squads, Rockstar Energy Racing owner Bobby Hewitt and team manager Dave Gowland moved their whole enterprise over to KTM. It was a move made out of necessity in some ways—Suzuki as a whole was struggling to even stay above water during the the past few years’ recession—and also out of pride. Millsaps ended up second in the rankings last year, and Suzuki’s only two 250 wins last year came via Blake Wharton and Jason Anderson. 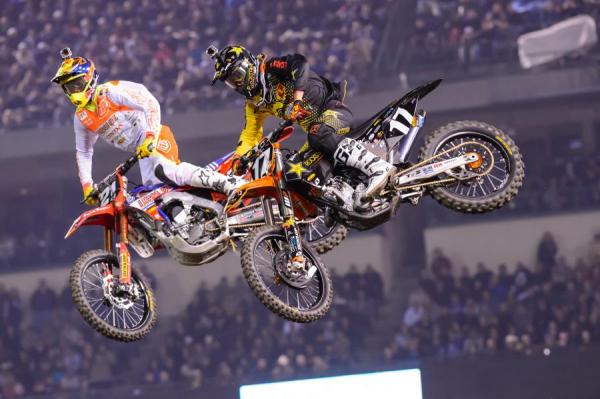 Saturday night’s win by Anderson probably felt every bit as good to the Rockstar Racing crew as Millsaps’ surprise last year, but much worse for Suzuki—besides watching their former rider and race team win in their orange debut, they had to watch a 250SX main event that didn’t include a single yellow bike.