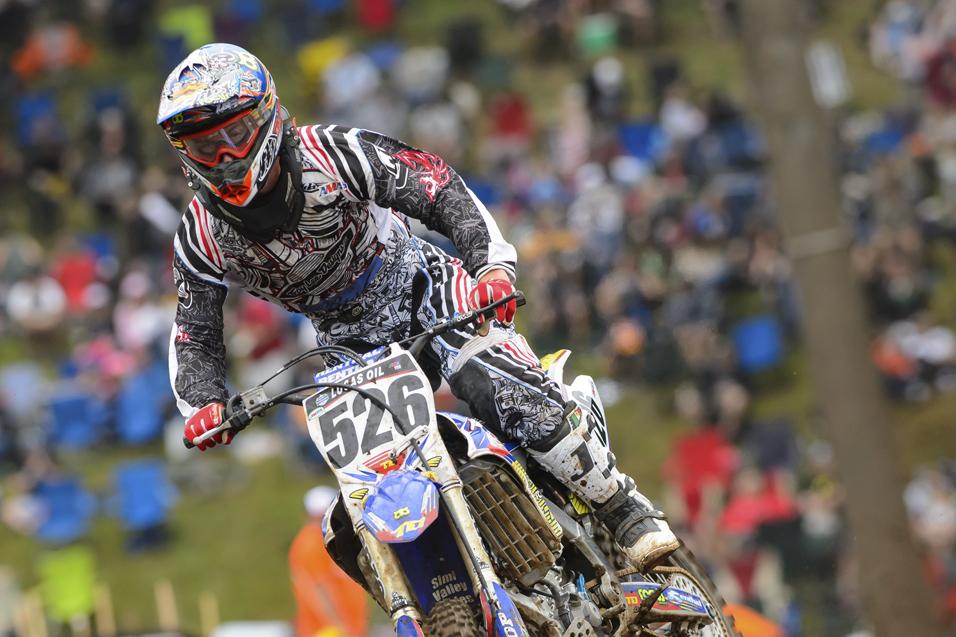 There are plenty of riders in the back of the pits that are super-talented and super fast. You just have to go out there and look for them. At the recent Monster Energy Cup in Las Vegas, there were a bunch of riders vying to be one of the 22 men who would make up the night show. One of those riders was Colton Aeck, the #526 from California. He just turned pro and is trying his best to make it. Who is he? Here’s the complete Aeck story.

Racer X: First off, let’s talk about the Monster Cup. It was a tough race to make it in. Some big name riders ended up watching the thing and you were one of them. Tell us about the race.

Colton Aeck: It was super fun. That was my first real supercross experience. I just turned pro last March. I had a lot of fun and I wanted to take it as a learning experience so that I could come in on a roll to Anaheim. The track was fun, the jumps were pretty big and I was on a 250F so I was struggling to make some jumps. There were a lot of fast riders, I was surprised, like you, at the guys that didn’t make the main event. I didn’t really expect to make it in, I wanted to learn. But it was nuts that there were factory guys who didn’t make it.

Tell us a little bit more about yourself.
Well, I’m 18 years old and from Granada Hills, California. I pretty much started like any other kid with a PW50 when I was little and then started racing when I was 7. Right from there I was hooked and raced all the amateur nationals. I wasn’t a super good amateur guy, I had some top fives here and there—nothing too great. Then I got my pro license, like I said, last March and Hangtown was my first ever real pro race. 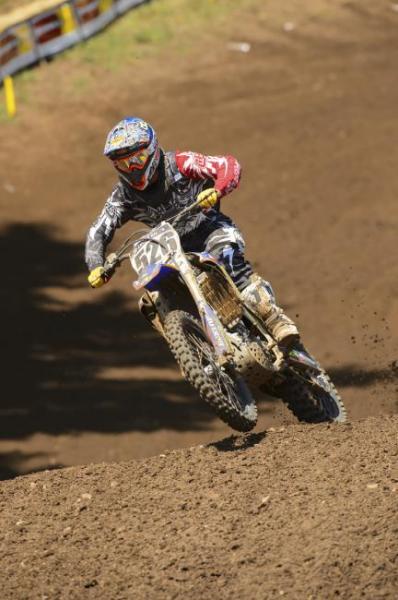 Unfortunately for you, a lot of people might know your name from that ugly crash that was caught on TV at the Utah National. Were you okay from that?
That was definitely crazy and not the way I wanted to get TV time! I’m totally fine, I got knocked out for four to five minutes and I’m okay now. I took probably five or six weeks off the bike after that to recuperate. I don’t remember much from the crash but it was a great day until that crash. I qualified well from practice and I crashed off the start with all those other guys. I was trying to charge back up after that and from what I can tell I got squirrely, my hand ripped off the bars and that was all she wrote.

How did your first shot at the Nationals go?
Not super well. I missed Hangtown by one, which sucked. I got into Colorado and had a mechanical in the first moto but in the second moto I was 25th. I was happy with that. My real goal was to just score one point. If I did that I would have been pretty happy, but it didn’t happen this year. Hopefully next year. At Washougal I got 27th or so in the first moto and in the second moto I had a pretty good crash where I banged up my shoulder a bit.

Yeah, right after the mechanic’s area! I saw it. You high-sided and it looked bad. What’s been the biggest thing about turning pro?
The biggest thing being a pro is how many fast guys there are! I’ve ridden with plenty of fast guys before, but not like this. Every time you turn around there’s someone there on your butt. You can’t have a breather or there will be someone on you no matter what place you’re in.

What’s been you favorite track so far?
I really like Washougal. Everyone complains about the dirt up there but I think it’s like Southern California, which I’m used to. And plus the trees and everything else, it’s a pretty racetrack.

Where do you ride up there or do drive to the inland empire to practice?
I’m a couple of hours north of all the motocross tracks. I usually ride two or three times a week if I can. I have a couple of supercross tracks down there I can ride at. There’s one at Pala and also Milestone that you can ride. It’s a far drive but what can you do? 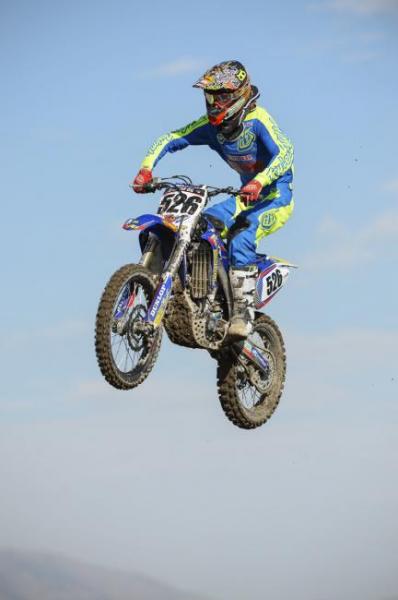 What is your 2014 plan of attack?
My plan is do to 250SX West Coast supercrosses. With the help of my sponsors we’ll do the whole series. I’d like to do all the Nationals, but if not I’ll just do the five races on the west coast. I enjoy supercross a lot. I’ve only been doing it for a month and a half but I’m liking it and I think I’ll enjoy it when the races start.

Your uncle, Jason, runs TREMX.com and is a good guy and has run a shop up there that’s helped out a ton of racers over the years as well. That’s a nice connection to have!
Yeah, my uncle has always been there for me. He’s been a huge part of my whole riding career and has always helped me with my riding. I wouldn’t be where I am without him. It’s such a help for him to have the shop there and he’s just a phone call away if I ever need anything.