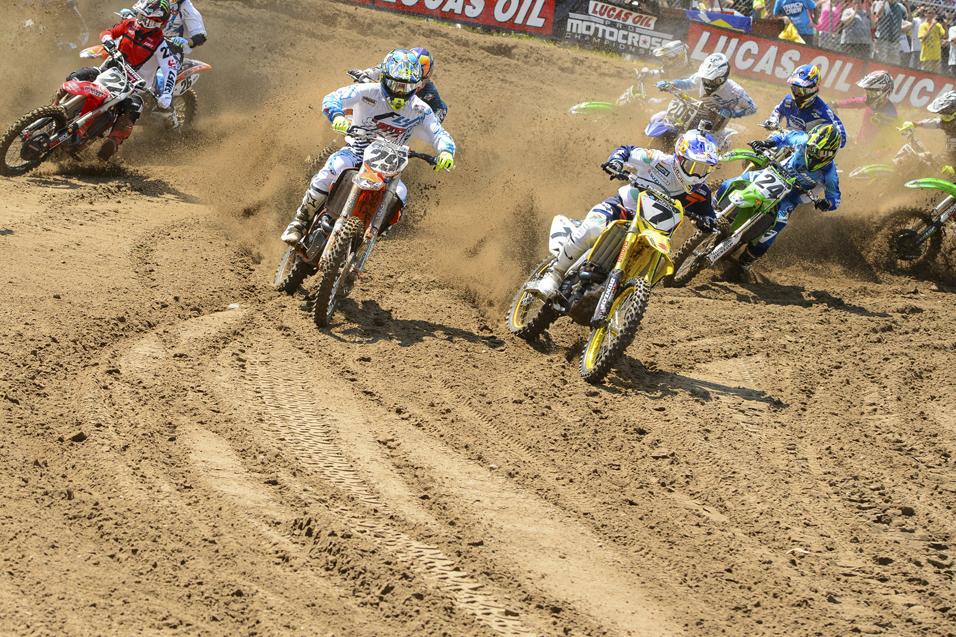 August 28, 2013 5:00pm
The big trophies from the Lucas Oil Pro Motocross Championship were handed out on Sunday night at the series Night of Champions (that's the marketing department way of saying awards ceremony). We know Ryan Villopoto and Eli Tomac are champions. But check out some of the other mini-awards within the series (eagle eyed readers will note this is a follow up to a mid-season stats piece we did. Sadly, we don't have an award for you).

There is an actual RC Hard Charger trophy that is handed out each weekend at the rider's meeting. They idea is to honor Ricky Carmichael's never-give-up spirit, and we get that. But honestly, RC somehow hardly ever went down in the first turn at a National. When you're good, you're good.

He's from Florida, he rides a Kawasaki, ruled Loretta's on a minicycle, trains with Aldon Baker ... and now Adam Cianciarulo has two RC Hard Charger Awards. The similarity is frightening!

Handed out each week to the fastest qualifier in each class.

The actual rules for the end of the year holeshot bonus is a little complicated. A moto 1 holeshot is worth 1 holeshot point, a moto 2 is worth 2, and getting both in one day gives you a bonus for a total of four.


The actual Motorcycle-Superstore.com bonus came down to these stats below. Hahn seemed to have the 250 award wrapped up the day he showed up for his first race of the year. Stewart had to sweat out Barcia and Villopoto, who each had a shot at the $25,000 in the final race of the year. Luckily for Stewart, JGR Yamaha men Grant and Brayton nailed the starts and locked Barcia and Villopoto out. Look at that, JGR is still helping Stewart make money!