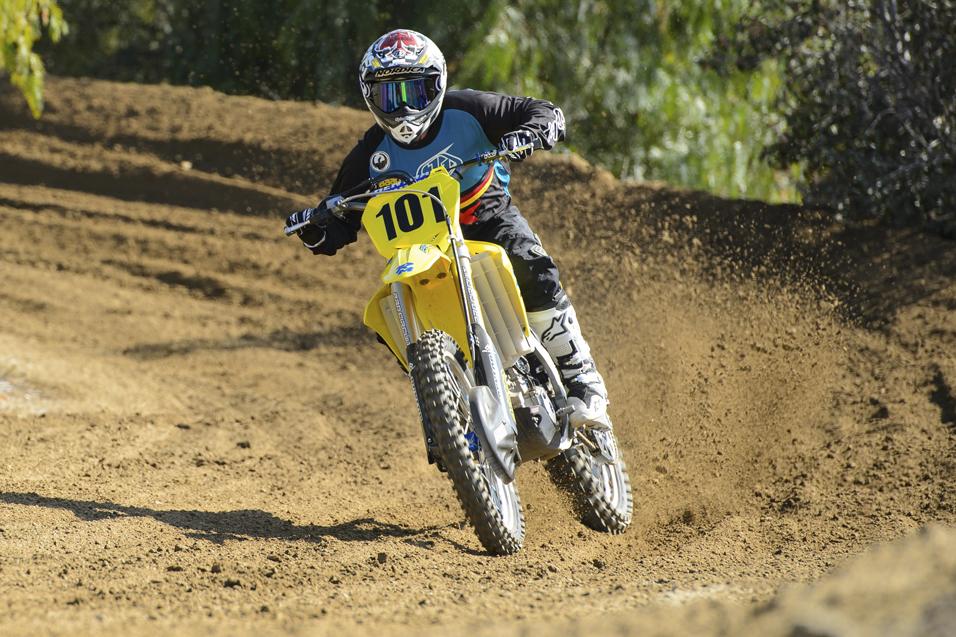 What is up with James Stewart this year? A few years ago he was so much faster than everyone else and his skill level was off the charts. Now in his post race interviews he doesn't have that same fire and passion he used to. Is the rest of the field catching up with him? Is it the knee? Too many crashes? Love him or hate him but when he was on the track you had to watch because you knew he was going to do something amazing. How do we get the old Stewart back?

James Stewart can’t win with a lot of people. When he laid it all out on the line and crashed he was out of control and dangerous. Now that he is riding within his means everyone wonders what’s wrong with him. What’s wrong? He’s taken a beating over the years, he’s made a boatload of money and he’s getting close to being 30. Factor in the knee he damaged in January that was never fixed and you have a very subdued James Stewart. We learned this week that he won’t be in Lake Elsinore, which makes you wonder if he’ll be getting his knee worked on or just writing off 2013 and looking forward to next year. I miss the old Bubba because, as you said, he was either doing something amazing or crashing his brains out … both very entertaining. Those days might be gone now.

Has anyone else noticed how much Adam Cianciarulo looks like Anthony Michael Hall? Could AC be AMH’s love child? Just wondering.

Keep up the good work.

You aren’t the first to notice this uncanny resemblance. The big question is whether he more resembles Anthony Michael Hall from Breakfast Club, Sixteen Candles or Vacation? Either way, doppelganger.

I am a coach for a motocross school where I live. One of the things I coach to the little stars in our region is the always ride with a finger on the clutch. I always say it’s like a reset button in a video game: it can save you a lot from a majority of your crashes you will have racing moto.  That being said, I notice that Stewart 7 does not ride that way. Do you think that he could save a lot of his crashes by just riding this way? Or is he just pushing so hard that he is on the edge all the time?

Times change and riding technique changes with it. Having your finger on the clutch at all times goes back as long as I’ve been racing bikes and likely much longer. On a two-stroke you needed to be able to bring the bike into the power band at any time because they were prone to falling “off the pipe.” The advent of modern four-strokes didn’t completely eliminate the need for the clutch but it minimized it. A 450 has enough torque to ride any motocross track without using the clutch much, especially from the apex of the turn and out. One of the biggest mistakes I see is riders overusing the clutch when it would be smoother and require less effort to just use the throttle to control power delivery. But sometimes those old-two stroke habits die hard. Gary Bailey will still smack you in the knuckles with a stick if you take your finger off the clutch but I think it is an old-school technique that isn’t relevant anymore. If you are comfortable with a finger resting on the clutch, fine. But only use the clutch when it’s necessary and no more than that.