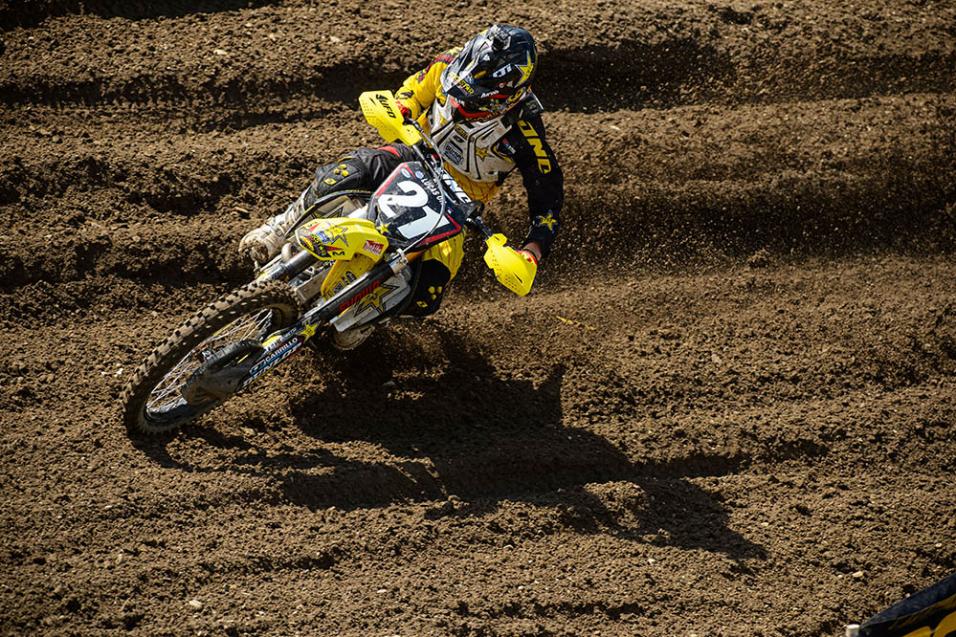 Going for the W Jason Anderson

August 17, 2013 12:40pm
by: Jason Weigandt
Miller Motorsports Park Tooele, UT Utah National Lucas Oil AMA Pro Motocross Championship
We ran into Jason Anderson this morning, and he was happy. Utah has been good to him before. During Monster Energy Supercross visits to Salt Lake City in 2011 and 2012, he emerged with his first career podium (’11) and then first career win (’12). A native of New Mexico, Anderson claims the SLC SX as his home race, and now for the first time, he gets to do some moto here, too.

“Colorado is pretty close, too, so I guess they’re both home races. Is that possible?” said Anderson this morning.

Unfortunately, Anderson’s chances of repeating his Utah success today at the Built Ford Tough National at Miller Motorsports Park took a hit last week at Unadilla. Late in the second 250 moto, while running fourth, he crashed hard on the fastest section of the track and knocked the wind out of himself.

“I was able to ride a little bit two different days, but dude, I was so sore this week,” he said this morning. 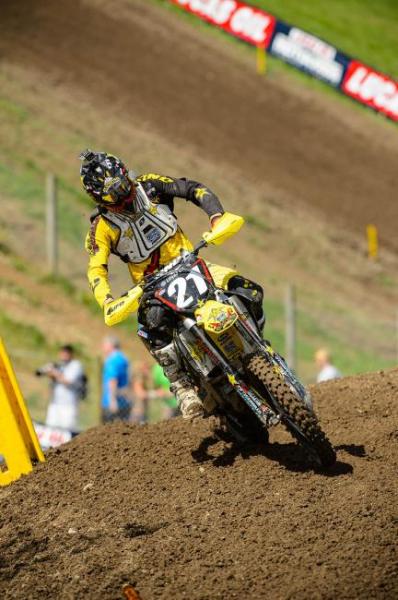 With his 11-DNF result at Unadilla, Anderson surrendered sixth in the 250 points to the surging rookie Jeremy Martin. But like most racers at this level, Anderson’s not really concerned about finishing sixth or seventh in points, it really doesn’t make a big difference. He just wants to have good results week by week.

And then there’s that little matter of next year. Anderson’s Rockstar Energy Racing team has announced a switch from Suzuki to KTM, and it’s a move Anderson is happy with. He rode KTMs for a few years as an amateur and absolutely loved the bikes, so he’s excited to get back on them. “When I was on them, the bikes were really fast, and the same guy who built my motors back then is going to build them for us next year,” he says.

For the final two Lucas Oil Pro Motocross rounds, he’ll ride his Suzuki, and then get on a KTM for a few days after next weekend’s finale at Lake Elsinore. Then comes a short break, as Anderson has actually been riding with a broken foot for most of the season and will have to go through surgery to fix it. He expects to be back on his new KTM a few weeks later, with a full head of steam for 2014. For now, though, he’s got four motos left on his Suzuki, two of them in an area where he’s had success before. Can he find that Utah magic again?