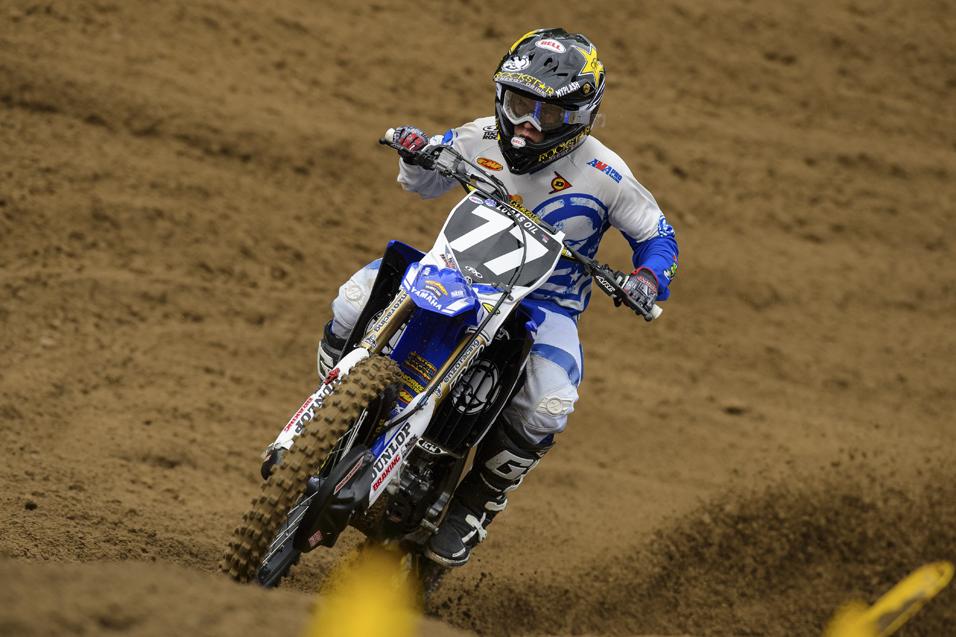 Millville’s Spring Creek is literally the home track for MyPlash/Metal Mulisha/Star Racing Yamaha’s Jeremy Martin. Not home town or home state, but his parents straight up own and operate the place, and Jeremy grew up with the track in his backyard. Yeah, he spends most of his year in Florida training nowadays, but he did get to go back and stay in his house this weekend, and then gave the local fans something to cheer for when he led the first 250 moto for a few laps. He was invited to the post race press conference to talk about it.

Racer X: Spectacular day. Not normally do we get a chance to talk to a guy that can literally walk to the track. What was your afternoon like?
Jeremy Martin: I had a good afternoon. I slept in my own bed, woke up, walked downstairs to the kitchen, made some pancakes and some sausage, and then walked here to the pro pits. So it was a great day. I had a good practice time. First moto was great. I had a blast. It felt really good to lead.

I know that as a young kid you’ve ridden here a lot. How different is the racetrack on National weekend than it is when you and your brother are out here riding around as kids?
During the week the track is just baked. It’s rock hard, never watered. It gets blue-grooved. And then we come here on race weekends and the track’s great. It’s watered, it’s prepped, everything. So it’s good. The biggest thing I noticed today was that the bumps from when I was an amateur would form a lot earlier and the track was actually a lot rougher. I noticed today everything kind of developed differently and it was pretty cool to see that because I’ve never raced here and rode with the pros to see how everything shaped up. It was pretty cool to see. 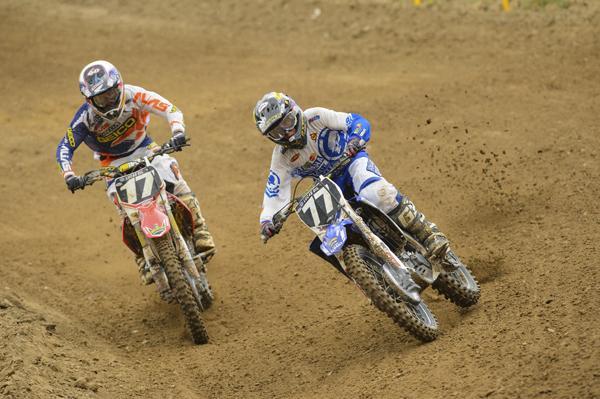 Martin (77) had the crowd on their feet Saturday as he led the first laps of his pro career at his home track of Spring Creek.
Simon Cudby photo

I think for kids in other sports they’ll do the bottom of the 9th, bases loaded type thing. Is this something that you dreamed of when you were growing up around this track?
I always thought it’d be cool and I didn’t know if I’d ever have the opportunity. But here I am now and I’m trying to make the best of it and trying to give it everything I have, so that way when my career’s done and I look back I can say I did everything I possibly did and I did it right.

Just take us through your schedule. I know you spend a lot of time in Florida. How often are you actually here? We think it’s like you live here all year long but I know you don’t.
Last time I was here was Christmas time. And there was about a foot of snow on the ground. I actually didn’t even go outside because it was so cold. I just checked the Millville whoops out from the back porch. But it was pretty cool to be back and see all my friends and family and catch up. It was a great first moto, too.

Any different butterflies or nervousness before today’s race as opposed to the other races that you’ve been in this year?
Honestly I was thinking I was going to be more nervous, but I had fun today. I wasn’t any more nervous. I was actually more comfortable. I’ve rode the track so much. When I did press day I was like, man, this feels good. I just felt loose on the bike and I just felt like I could ride like I know how to. No added butterflies or anything. 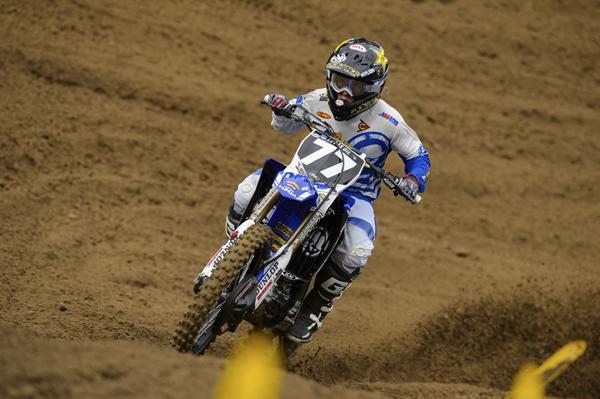 Martin just missed out on an overall podium with a fourth overall finish.
Simon Cudby photo

Could you hear the fans out there?
The first moto honestly that was probably one of the coolest moments of my life. As son as I passed for the lead everyone just started screaming around the whole track, for like the next two laps. Literally the coolest thing I’ve ever experienced.

Have you talked with Alex at all? Either one of you guys touched base yet since the race has ended?
I haven’t talked to him yet. I check in with him after practice and stuff like that. I hope he had a good day. We’re going to go back tonight. I’m sure we’ll have a family dinner and all hang out and talk about today and get the side of it from my parents on how it ran and everything and then we’ll tell him how the track was. Maybe say a few things like, dad, that track, I don’t know … Give him a hard time.

Have you made your way over to your mom to collect your purse money yet?
No, I haven’t. I’m going to go over there though.