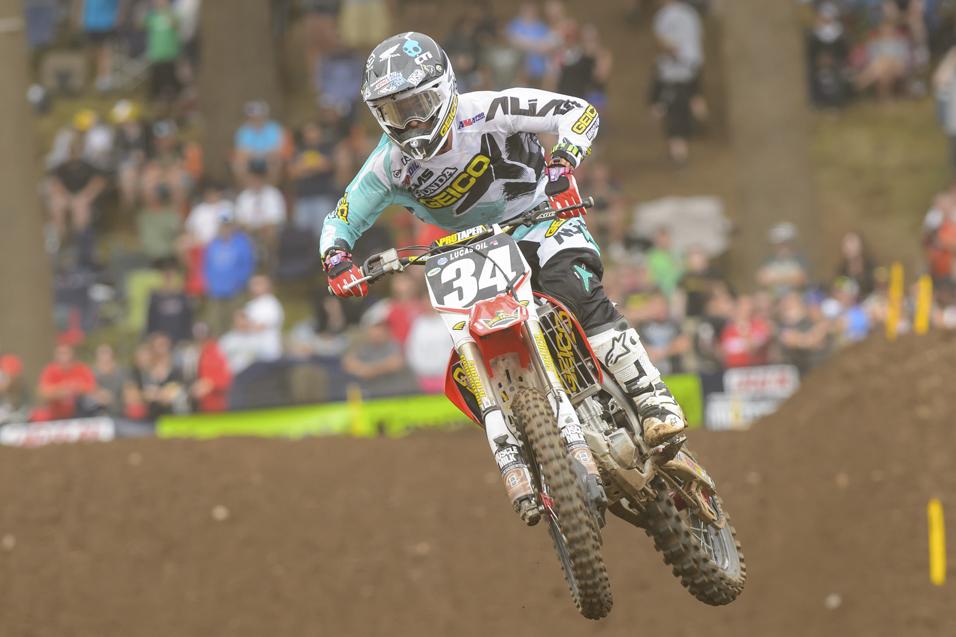 - GEICO Honda's Zach Osborne continued his streak of a bad first moto followed by an outstanding second moto. After finishing fourteenth in the first moto due to a crash and chronic arm pump, Osborne rebounded and took third in the second moto, earning sixth overall.

- Kyle Cunningham has been experiencing serious back pain that has allowed very little bike time since RedBud. The lack of practice and pain resulted in an off day for the MyPlash Metal Mulisha/Star Racing Yamaha rider, who went 8-15 for thirteenth overall.

- With a seventh overall (9-7), TwoTwo Motorsports' Chad Reed had his best race of the season in Washougal.

- It won't make the headlines, but N-Fab TiLUBE Yamaha's Filthy Phil Nicoletti put in an outstanding ride in the first moto after going down early. In absolute dead last, Nicoletti was lightyears behind the next rider but, in a great show of heart, still rode hard and managed to salvage eighteenth. He took eighth in the second moto to earn thirteenth overall. 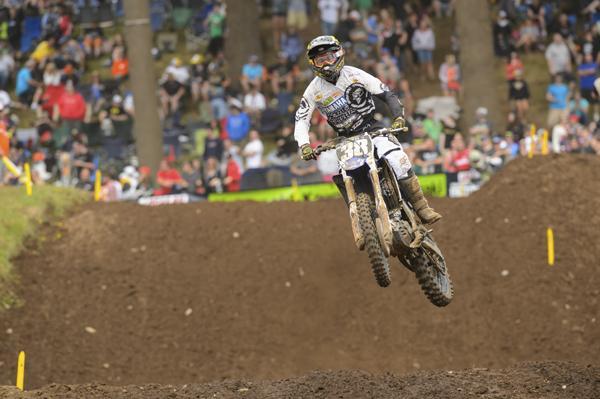 Back pain has limited Kyle Cunningham's time on the bike during the week.
Simon Cudby photo

- After setting the fastest lap of the first qualifying session, JGR/Toyota Yamaha's Josh Grant put in another great ride in the first moto for fifth. Unfortunately, problems with his rear brake in moto two would prevent him from charging, although he still managed to take tenth in the moto for sixth overall.

- The amazing, spectacular, magnificent, legendary (and whatever other synonym of awesome you want to use to describe him) Mike Brown was in attendance at Washougal. He scored out of the points in the first moto with twenty-fifth but came back to nab eighteenth in moto two for nineteenth overall. If Brown scores points next year, it'll mark twenty-five years of scoring points in professional motocross. See why we call him awesome?

- Eli Tomac's ridiculous romp at Washougal was almost cut short by a near-crash on the second-to-last lap as he was blasting up Horsepower Hill. The track crew put in some rollers on the bottom section of the hill and Tomac got kicked funny as he was exiting them, nearly tossing it away in what would have likely been a huge crash. He had a huge lead at the time, which he may have been able to maintain, but we're guessing nobody over at GEICO Honda wanted to find out!

- While Tomac made a miraculous save going up Horsepower Hill, Gared Steinke wasn't so lucky. Steinke crashed in the same spot during practice, and it was bad enough that officials red-flagged practice and shipped him to the hospital in an ambulance. He's going to be okay, although the next few months are going to be rough—broken T5 and T7 vertebrae mean he'll be spending plenty of time in a upper-body and neck brace. Well-wishes can be directed to Steinke via Twitter: @garedsteinke. 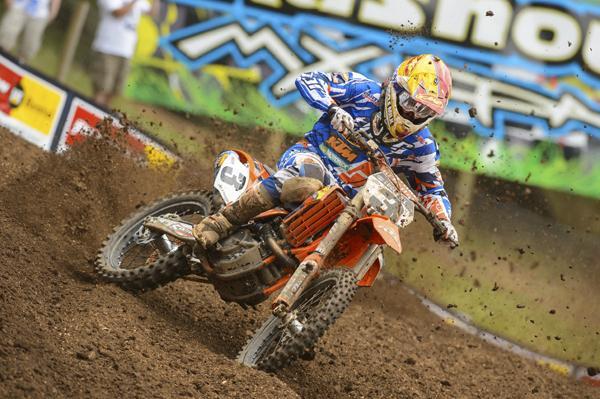 What can't Brown do for you?
Simon Cudby photo

- News and notes on the injury front: Witts End Racing’s Les Smith broke both wrists in a practice crash early last week and will miss the remainder of the season. Rock River Yamaha’s Alex Martin also missed Washougal with a concussion but is expected to return this weekend at his home track, Spring Creek. Nick Wey was taken to the hospital following a crash in the second moto for precautionary reasons. Initial reports are that it was just a neck stinger. There is no word on his return. Fredrick Noren broke his wrist during testing last week but did try to ride Washougal, although the pain proved to be too much. Noren will see a specialist this week. Privateer Dillan Epstein will miss the remainder of the season with a torn ACL suffered at Southwick. The injury will require surgery, and he is expected to be off the bike for six months.

- Vince Friese was back under the SmarTop/MotoConcepts tent for Washougal, and back in the 250 Class after spending the first seven rounds on a 450 with Munn Racing KTM. Friese, who, for the moment, is on a one-race deal with the team, had a terrifying crash in the first moto (which you can see below). Friese did not return for moto two.

- Weston Peick was back in action and back inside the top-ten (eighth in moto one) for the first time since Thunder Valley. The privateer from California is only racing the West Coast rounds (Hangtown, Thunder Valley, Washougal, Utah, and Lake Elsinore) due to lack of funding. Peick finished the afternoon eleventh overall after coming from outside the top twenty to secure fourteenth in moto two.

- Monster Energy/Pro Circuit Kawasaki’s Martin Davalos returned at Washougal after missing the last two rounds due to food poisoning. Davalos was solid in his return, garnering a top-ten overall via 7-9 moto scores.

- Injuries have stunted the progress of GEICO Honda’s Justin Bogle over the past year and a half. Slowly but surely, the Horizon Award winner is beginning to turn things around. Bogle’s fourth overall at Washougal marked a career best, and his best overall finish in Lucas Oil Pro Motocross since a fifth overall at Pala in his brief four-race pro debut in 2011. 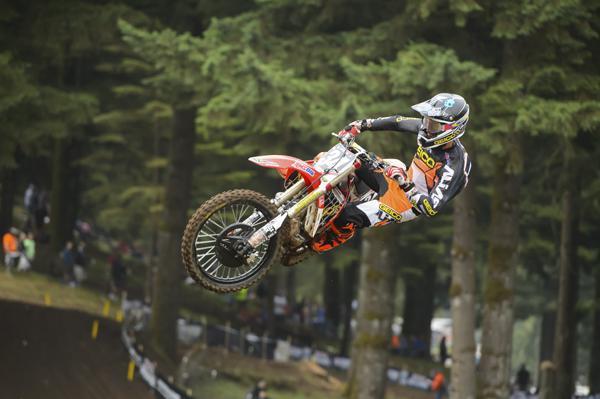 - Washougal also marked a career high for Monster Energy/Pro Circuit Kawasaki’s Justin Hill. The Oregon native grew up riding the picturesque track and is familiar with the dirt and shadows that seem to throw some riders off. Hill finished fifth in moto one and battled to hard-fought come-from-behind seventh in the second moto for fifth overall. Hill’s rookie teammate Adam Cianciarulo also had a career high at Washougal with a sixth-place finish in moto one.