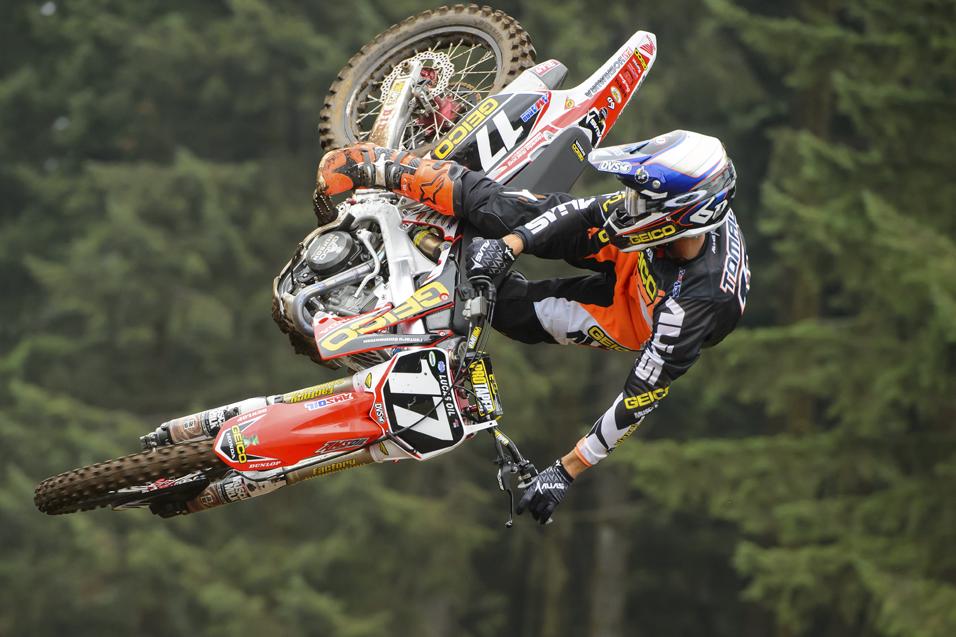 Toward the end of the second 250 moto at the Peterson CAT Washougal National, it was plain to all that GEICO Honda's Eli Tomac was having a ball out there. Although the traffic of a day's worth of racing had turned the scenic Northwestern circuit from a rich, loamy cushion of traction to a slick, square-edged washboard, #17 was blasting around the place like he was having the time of his life. Lap after lap, he used the big tabletop at the top of the track to lay his CRF250R out flat, whipping it sideways for no apparent reason other than the fact that it looked incredibly cool.

Behind him, series points leader Ken Roczen was doing his best to keep Tomac in sight, but it was to no avail. The Red Bull KTM rider seemed to accept that this was not his day to win again, and rather than going for broke after the zoned-in Tomac, K-Roc wisely focused on managing his points take and holding on to the red plate for an eighth straight race. 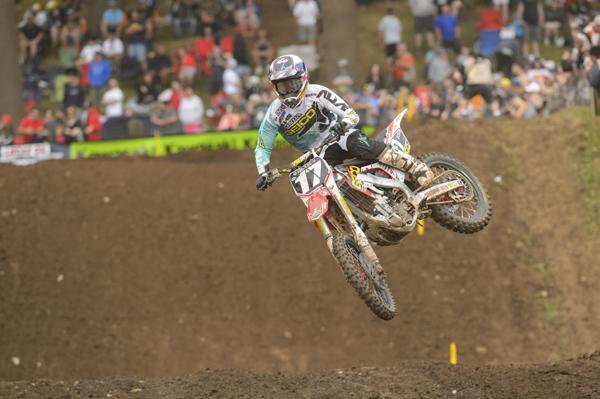 One point and eight motos is all that separates Tomac and Roczen.
Simon Cudby photo

But his grasp on the championship lead is down to a single point with eight motos to go. Momentum has gone back and forth between these two, with an occasional interruption from Marvin Musquin or Blake Baggett.

So how will it play out from here? Tomac certainly looked more at ease on Saturday, and he was noticeably quicker than Roczen. Ken, on the other hand, has bent a time or two in the series but never cracked. Saturday wasn't his day, but he only gave up the minimum deficit of six points.

So it's down to eight motos, four races, two men, one point apart … and it’s still way too close to call.